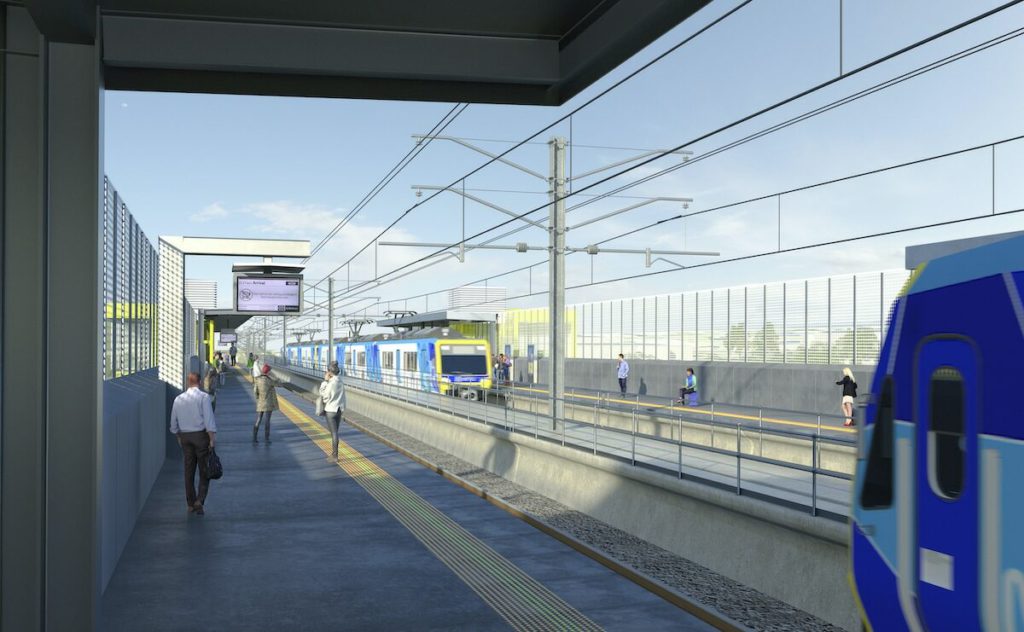 The Hallam Station is now officially open in Melbourne’s south-east, with the project forming part of the Victorian Government’s level crossing removal project.

The new station includes a new forecourt, improved parking, safer pedestrian and cycling links through the station precinct, and a new entrance on the western side of Hallam Road.

The opening follows the removal of the Hallam Road level crossing in early April, with a new elevated rail bridge carrying trains over the road, making it safer for drivers, pedestrians and cyclists.

The rail bridge is expected to slash travel times for more than 20,000 vehicles which use the road every day, and improve connections between Cranbourne, Springs Square and Hampton Park Town Centre.

Finishing works will continue over the coming months, which will include the completion of a second entrance on the eastern side of Hallam Road. The platforms at the new Hallam Station have been built to accommodate High Capacity Trains being rolled out on the Pakenham Line to provide more room for passengers.

The former level crossing was the site of 14 near misses in the past 10 years, 11 involving pedestrians and three involving vehicles. Major works on the project started in January 2021.

The project forms part of a series of works in the south-eastern suburbs, including level crossing removals as well as intersection and road upgrades at Hallam Road, Evans Road, Thompsons Road, and the South Gippsland Highway.

“Hallam residents will have access to a world class station precinct, with safer entrances, a new forecourt, longer platforms for High-Capacity Trains and once the Metro Tunnel is complete – more services more often,” Allan said.

Member for Narre Warren South Gary Maas said the removal of the Hallam Road level crossing has increased the safety of the connection.

“The new state-of-the-art Hallam Station provides a safer connection across Hallam Road making it easier for locals to catch the train and get to where they need to go,” Maas said.

In total, 85 level crossings will be removed by 2025, improving safety and reducing congestion in Melbourne’s suburbs, with 59 gone for good already.