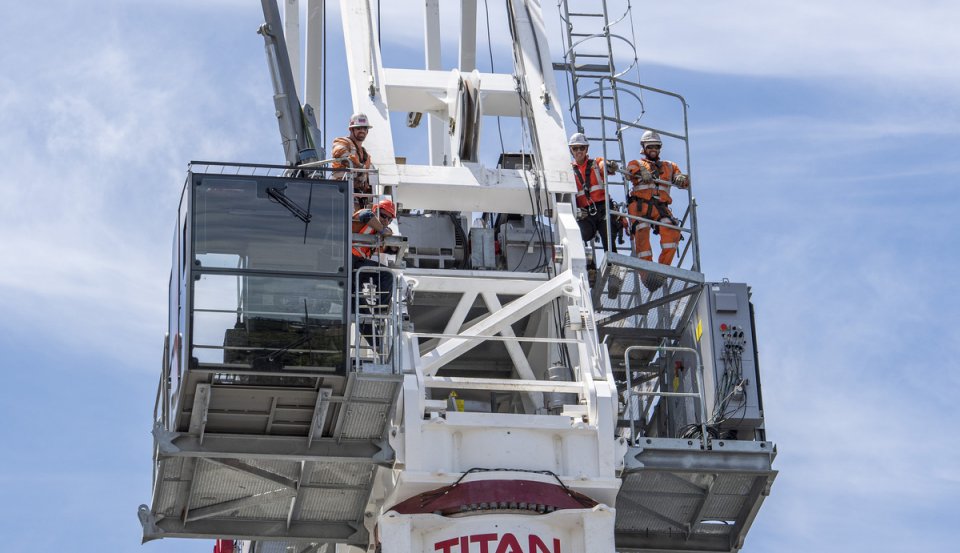 Work on Waterloo Station has required the deployment of two large cranes.

TWO tower cranes have been installed to help build the new metro station at Waterloo.

A 45-metre tower crane was delivered in pieces and installed at the southern end of the Waterloo metro station site in February 2021.

The crane can lift up to 60 tonnes with its 45-metre-long arm – equivalent to five Sydney buses.

The second tower crane, which can lift up to 12 tonnes, was installed at the site’s northern end in March.

The tower cranes will be used to lift steel and the heavy precast beams and planks into Waterloo’s station box.