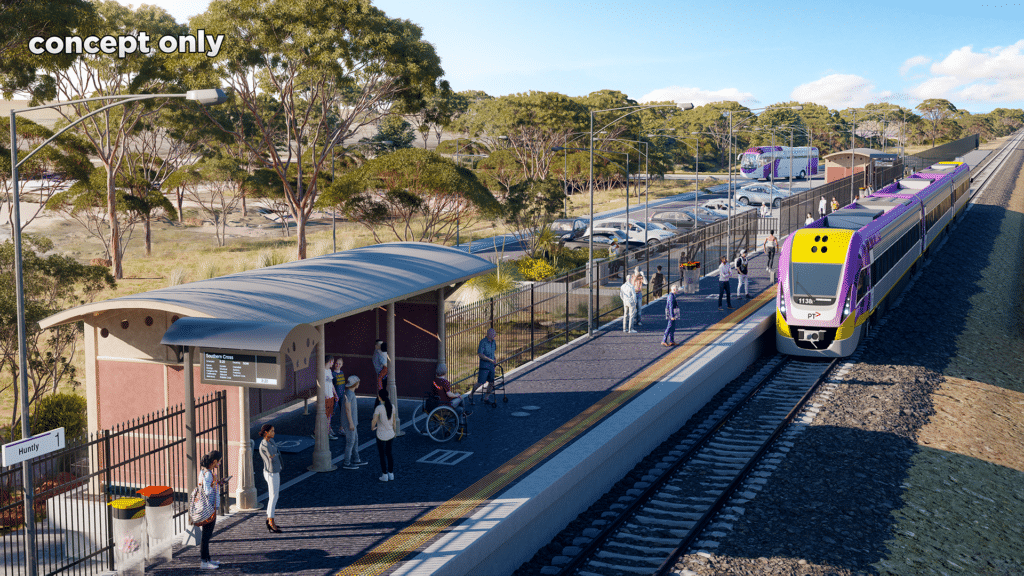 Major work is underway on the brand-new Huntly Station in Victoria, which will give passengers in the growing community access to trains close to where they live.

The new station is the second of three stations being funded by the Victorian Government, as part of the $49.6 million Bendigo Metro 3 Project, which will deliver new stations at Goornong, Huntly and Raywood.

Construction of the new Huntly Station includes a new single-sided platform, seating and shelter, bike hoops, a car park with lighting and CCTV, as well as a bus stop and two bus bays. Concept designs of the proposed infrastructure have been released for public viewing.

Crews are set to install precast concrete panels for the platform structure and earthworks are already taking place at the site, west of the level crossing at Wakeman Road. The station is targeted for completion by mid this year.

It follows the opening of the new Goornong Station in December last year, which saw passengers stop at the station for the first time after a nearly 43-year break in service. The delivery of Raywood Station is expected to be complete in late 2022.

“We promised to deliver these new stations, with one delivered and two more to come – delivering better access to our regional train network and making it easier for locals to get to where they need to go,” she said.