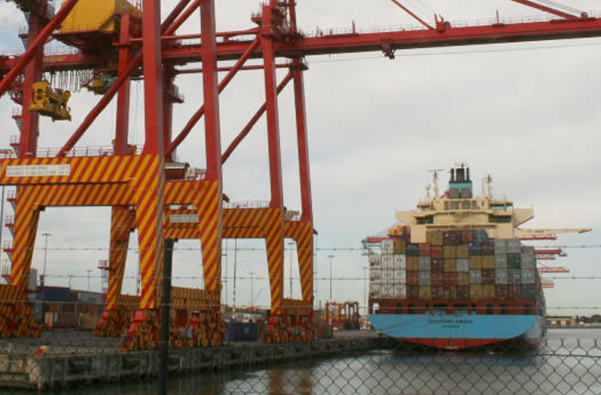 Major works are now underway to deliver a $28 million track connection that will enable freight to be transported from Dandenong South to the Port of Melbourne by rail, cutting transport costs for businesses and taking trucks off arterial and suburban roads.

The new 862-metre track connection will link the Cranbourne rail line to a new freight terminal to be constructed and operated by Salta Properties.

The rail connection – known as a spur line – will enable more efficient rail transport to and from the Port of Melbourne – Australia’s largest container and general cargo port.

Once fully operational, the Port Rail Shuttle connection in Dandenong South is expected to remove more than 300 truck trips every day from the Monash Freeway, reducing congestion, pollution and impact on the road network.

The Dandenong South connection is one of three key projects to be delivered as part of the Victorian Port Rail Shuttle Network, with works to link the Somerton terminal and the Altona terminal also underway.

Construction of the project is expected to be completed by the end of 2023.

“Melbourne’s south east supports the largest employment numbers in Victoria outside the CBD – home to 90,000 jobs and generating 40 per cent of Victorian manufactured products every year,” he said.

“A dedicated rail freight terminal will provide an alternative to truck transport for the business community, reduce the need for trucks to visit the port, the Monash Freeway and other key arterial and suburban roads.”

The terminal will be built close to major distribution centres for Bunnings, Woolworths, and Amazon Australia.

To minimise the project’s impact, crews from the Level Crossing Removal Project are delivering the works in parallel with work already underway to duplicate the Cranbourne line, allowing for metropolitan passenger trains to run every 10 minutes on average in the morning peak.

Crews have been gearing up for significant works over the past few months, carrying out design and geotechnical investigations, setting up site sheds and relocating underground gas, electricity, and communications cables.

State Member for Dandenong Gabrielle Williams said major road projects and level crossing removals in the area were already well on the way to creating jobs and improving transport networks and freight movement.

“It’s a highly anticipated upgrade and will generate jobs for workers and suppliers in addition to the hundreds of workers already employed on projects such as major upgrades to the Monash Freeway and Cranbourne line.”

Salta Properties is investing an additional $50 million to construct Stage 1 of the terminal located on its 180-hectare site.

Salta Properties Managing Director Sam Tarascio said that the terminal – which begins construction in 2022 – would use the latest technology to achieve optimum efficiency around container tracking, leading to fast turnaround times.

“Salta is planning for five train trips per day to service stevedores at the Port of Melbourne, and each leg will transport up to 84 import/export containers.”

Every container entering and leaving the terminal will be photographed with high-definition cameras, allowing trucks and trains to pass through without stopping whilst their containers are photographed.

The first phase of this project is expected to be completed in two years, with Salta anticipating the value of the new Nexus Industrial Estate to exceed $1 billion over the next three to five years.

The Australian Government has invested $18.3 million into the Port Rail Shuttle Network, and the Victorian Government is investing $9.7 million.