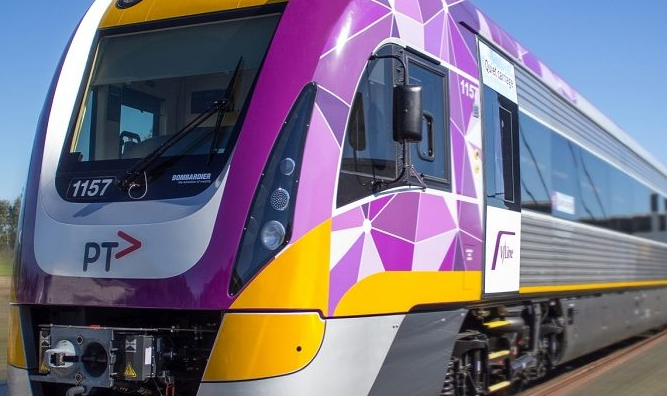 Work will soon be underway to bring VLocity trains to Victoria’s south-west for the first time, as construction progresses on the overhaul of the Warrnambool line.

Major construction on the second stage of the Warrnambool Line Upgrade will commence by the end of the year, with the project targeted for completion in late 2023.

The project will upgrade more than 50 public level crossings on the Warrnambool line with improved train technology to detect when VLocity trains are approaching, and add boom gates to 17 of these crossings to boost safety for motorists and train passengers.

Once complete, there will be no unprotected public level crossings on the line.

Passengers and communities along the line have already benefited from the addition of boom gates, bells and flashing lights at 12 level crossings as part of the first stage of the uprgade, and a further 22 level crossings thanks to the Victorian Government’s Safer Country Crossings program, making journeys safer for cars, trains and pedestrians.

The stabling facility at Warrnambool Station will also be upgraded to house the longer VLocity trains, allowing them to start and finish their journey at Warrnambool.

Work on the first stage of the project is continuing, with signalling upgrades between Waurn Ponds and Warncoort on track to be completed in coming months.

More than 24 kilometres of signalling cable has already been installed, along with eight kilometres of access tracks along the line.

Due to delays in complex signalling design caused by coronavirus restrictions, including remote working arrangements and delays in the availability of specialist resources, work to commission the upgrades will take place mid-to-late next year.

The new crossing loop at Boorcan and a fifth weekday return service between Warrnambool and Melbourne will come into operation following the completion of signalling and commissioning works along the line.

The Warrnambool Line Upgrade is part of the Australian and Victorian governments’ investment of more than $4 billion in Victoria’s regional rail network, which is upgrading every passenger rail line in the state and creating 3000 jobs.