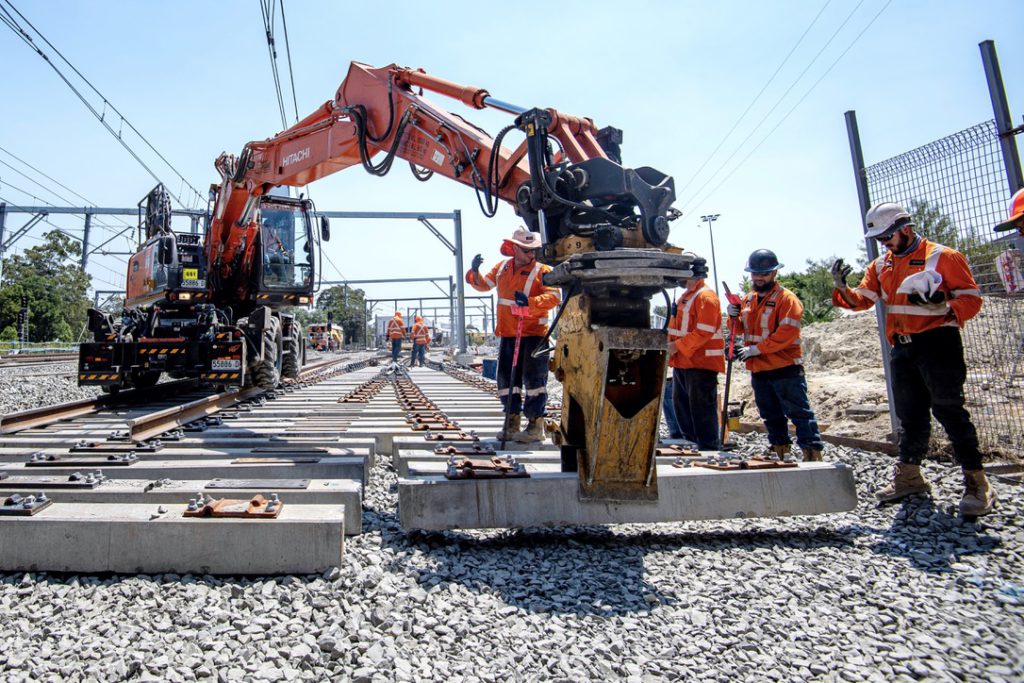 Australia has a rare opportunity to drive innovation and build export potential, according to a key industry group.

THE Australasian Railway Association has called for urgent policy reforms to ensure Australia capitalises on a rail construction boom that is set to generate more than twice the activity recorded at the peak of the mining boom.

A new report on the Australian rail supply chain released today confirmed more than $14 billion is rail construction activity is planned over the next five years, but reforms are needed to make the most of this wave of new spending.

ARA chief executive Caroline Wilkie said mega projects currently underway across the country had the potential to deliver a generational shift in the rail industry and set the country up as a world leader in innovation and excellence.

“We have an opportunity to use this rare moment in time to create jobs, drive innovation and build Australia’s export potential,” Wilkie said.

“We need a fast and radical shift in thinking if we are to make the most of this wave of investment and set the country up for a strong rail manufacturing and supply sector for the long term.

“For too long, Australia’s rail businesses have suffered inefficiencies as a result of a fragmented market, underinvestment and complex procurement and local content policies that constrain the industry’s ability to innovate and grow.

“If we don’t act on those issues now, we will squander the chance to benefit from the billions of dollars in investment to come over the next five years.”

Wilkie said projects like the Sydney Metro, Inland Rail, METRONET, Melbourne Metro and Cross River Rail provided a once in a lifetime chance to make meaningful and lasting policy changes.

Accelerating technology adoption and a desire to use more local suppliers as a result of the pandemic heightened that opportunity.

“Now more than ever we understand the value of strong local supply chains, but a more coordinated, national approach to rail policy is needed to support the growth of the rail industry here in Australia,” she said.