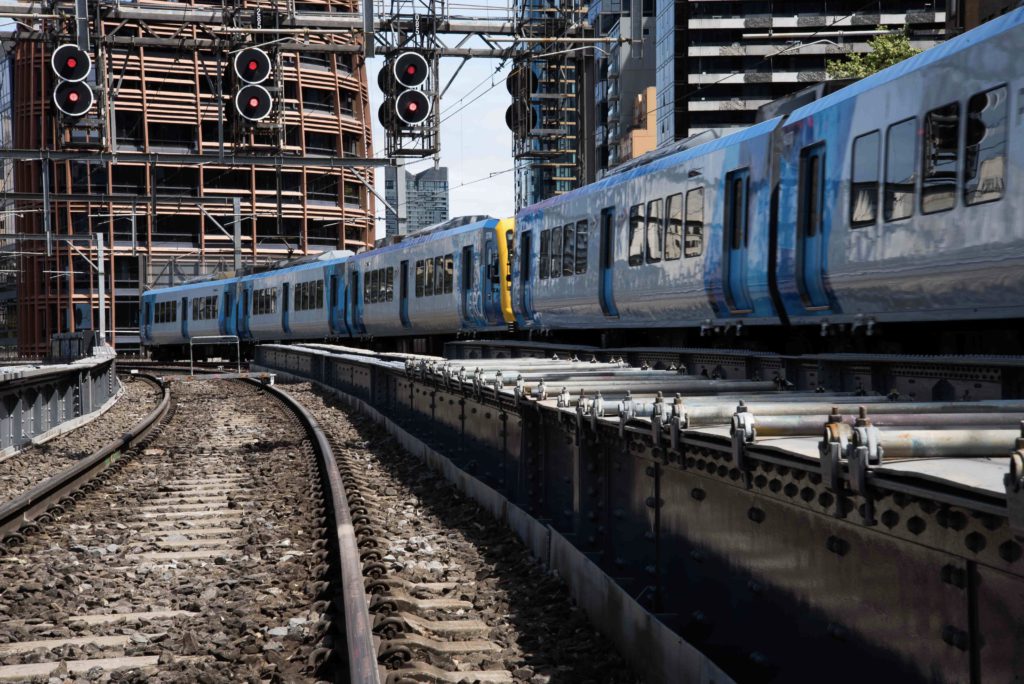 The historic Flinders Street viaduct is undergoing critical repairs to ensure the over 100-year old rail bridge can continue to support rail traffic.

Located between two of the busiest stations in Melbourne, Flinders Street and Southern Cross stations, the historic rail bridge is a critical link in the city’s transport network carrying hundreds of trains every day.

“This structure is the busiest rail bridge in Melbourne, and it carries the most significant parts of the traffic on our network every day,” he said.

The repair work is being conducted in 50-hour windows over multiple weekends. Crews set up and then dismantle containment structures on the viaduct to safely carry out works which include bridge strengthening, repainting, restoration, and data collection.

Work is being scheduled so that trains can continue running to reduce service disruptions.

Further works underneath the bridge are also underway, which include:

“The viaduct is an amazing piece of infrastructure – it’s served us really well for the last 100 years. What we’re trying to do is strengthen it, and keep the bridge in perfect condition, so that we can make sure that it keeps us moving well into the next century,” said Munro.