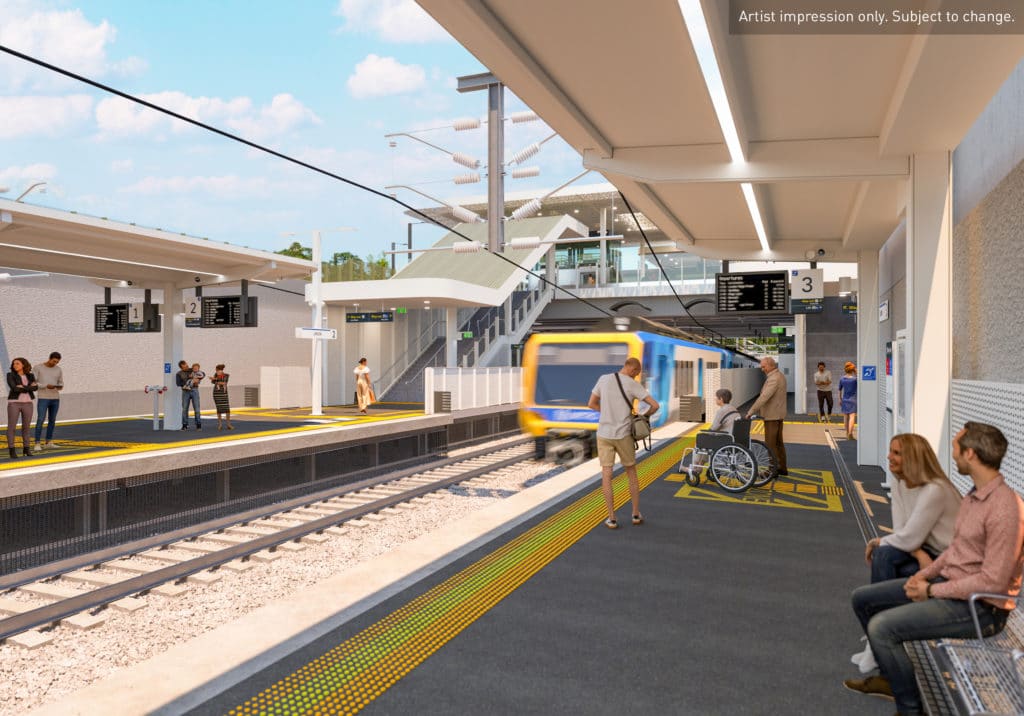 Designs for Melbourne’s new Union Station and the station precinct have been finalised using the thousands of pieces of community feedback that the Level Crossing Removal Project has received since starting community consultation in December 2020.

In response to extensive community feedback, a number of enhancements to the design have been made:

The authority is now seeking input to fine-tune the new open spaces and landscaping plans, to determine what plants should go where. Provide feedback through the landscaping survey.

Major works are well underway to remove the two dangerous and congested level crossings at Union Road and Mont Albert Road with an open rail trench and build a new premium station. The level crossing will be gone, and the new Union Station will open in 2023.

Crews are currently preparing for a construction blitz starting in July to prepare for trench works early next year.

Works have started on building the trench walls as we prepare to excavate the rail trench and remove the level crossings.

From July, works will ramp up with an intense construction period that will involve lane and road closures on Mont Albert Road and Union Road, as well as a two-week closure of the rail line.

Works have been carefully scheduled to ensure either Union or Mont Albert roads are open most of the time. Completing these works now will also allow less disruption in the lead-up to the important Christmas trading period at the end of the year.