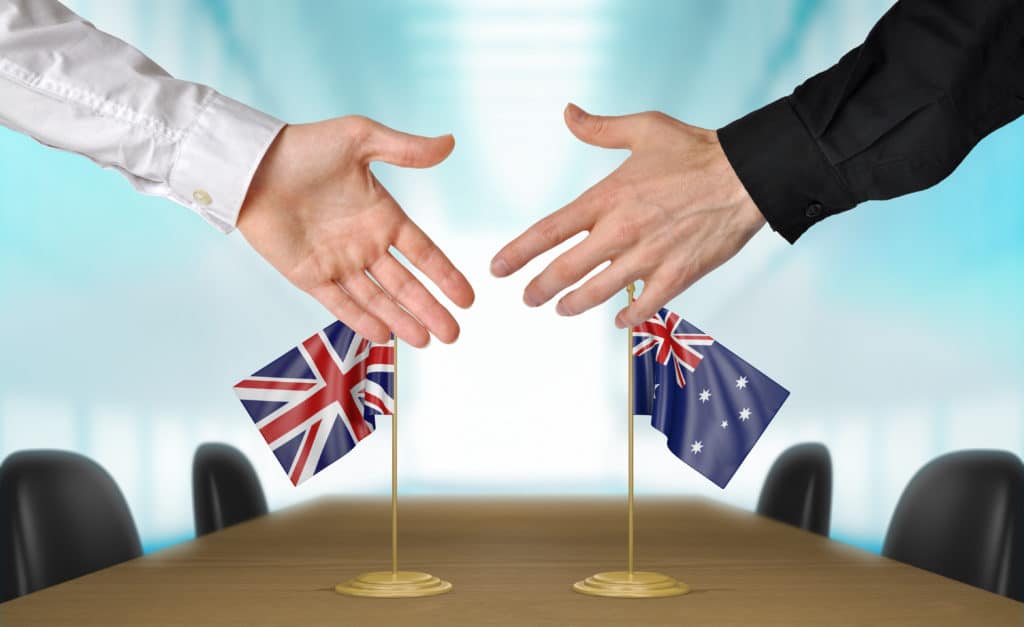 The UK rail sector has welcomed the finalisation of the free trade agreement (FTA) between Australia and the UK, first given the nod in principle in June.

The deal is the first to be completed between the UK and another nation from scratch since it left the EU. Negotiators have wrapped up all chapters of the agreement, signed at a virtual ceremony by Australian Trade Minister Dan Tehan in Adelaide and Britain’s Secretary of State for International Trade Anne-Marie Trevelyan in London.

The FTA eliminates almost all taxes on exports between the countries. It will also make it easier for Britons and Australians to work in each other’s homeland.

The UK’s Railway Industry Association (RIA) said the agreement paved the way for the chance to bid for an additional £10 billion worth of Australian public sector contracts per year.

The deal provides a gateway into the Indo-Pacific region and will boost the UK’s bid to join CPTPP – considered one of the largest free trade areas in the world, covering £8.4 trillion of GDP and 11 Pacific nations from Australia to Mexico.

RIA chief executive Darren Caplan said while a number of UK rail companies were already well established in Australia, the FTA allowed greater trade and co-operation between the two industries by opening up Australian Government contracts to suppliers and removing tariffs on railway products.

“Ultimately, this Agreement will support sustainable transport both in the UK and Australia, and the jobs, investment and economic growth our railways bring to both nations,” he said.