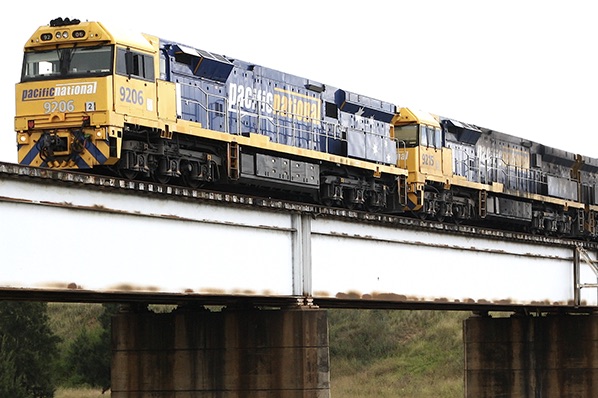 During a three-day shutdown, upgrades to turnouts and bridges in the Hunter Valley Coal Network have been taking place.

From November 17 to 20, 1,200 workers have been conducting over 600 maintenance tasks across the network on behalf of the Australian Rail Track Corporation (ARTC), including major component replacements on five turnouts.

“It’s a big job and will involve replacing the existing turnout, reconditioning of the rail formation and upgrades of the signalling system to operate the new turnout,” he said.

“That’s important because they will allow trains to travel the network at higher speeds more reliably and more safely.”

In Muswellbrook, crews have been using the opportunity of the shutdown to continue work to replace three rail bridges, the Hunter River, Muscle Creek, and Bridge Street bridges.

“During this shutdown period there will be construction of the bridge foundations for the new bridge over Bridge Street and whilst we will work both day and night, ARTC have committed to keeping all piling works which causes sudden, loud banging, to between 7:00am and 9:00pm each day,” said Johnson.

Bridge upgrades in Muswellbrook have been ongoing since July 2020 and are expected to complete in June 2022.

Other works being conducted during the shutdown include upgrading 1,650 metres of track formation, replacing 12,900 metres of rail, 38 undercutting sites, and track defect removals.

On-track works will wrap up on Friday morning, November 20.

“We thank our customers, community and passengers across the network for their patience while we carry out this important planned maintenance program,” said Johnson.

Passenger services have been replaced with buses.