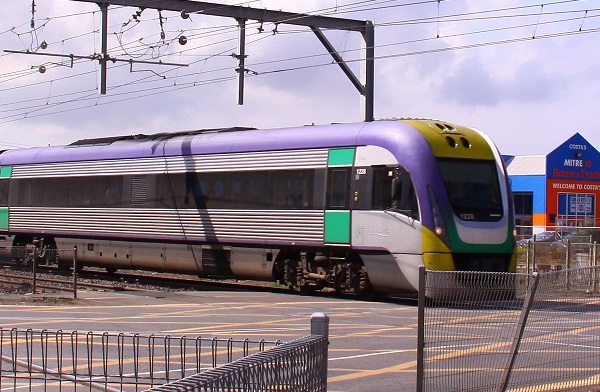 Upgrades to the bridge over Ironbark Road, Ingliston and Melton Station were finished during works as part of the state government’s $328.4 million investment in critical public transport and roads maintenance.

The upgrades to the bridge over Ironbark Road, Ingliston and Melton Station were completed during the works as part of the state government’s $328.4 million investment in critical public transport and roads maintenance and upgrades.

The 81-year-old rail bridge in Ingliston was upgraded with improved drainage, strengthened trestles and new restraint blocks, reducing the risk of infrastructure faults which can cause delays to services.

At Melton Station, crews ramped up the upgrade works which started in March, with a focus on the new entrance, seats and shelters on platform one, along with works on the platform surface.

The station upgrade works also include a new footpath connecting the new entrance to the Exford Road level crossing, four new accessible parking spaces and upgrades to information displays and security cameras with work expected to be complete in the first half of 2021.

Crews also began a program of rail milling along the line as part of this investment, which is vital for removing rust and debris from the rail line, ensuring a smoother ride, reducing wear and tear on trains and keeping train detection systems working.

V/Line also completed its regular program of major infrastructure renewals including track maintenance, resurfacing and bridge and culvert works along the line, as well as replacing rail at Rowsley.

On the Ararat line crews removed mud from underneath the track at several locations, creating a more stable foundation for the tracks and a more comfortable ride for passengers. Workers also upgraded signalling technology on the Maryborough line and infrastructure on the tracks used by freight trains between Inglewood and Korong Vale.

Coaches replaced Ballarat, Ararat and Maryborough trains for the entire journey until Friday 7 May to allow the works to be completed safely, with trains resuming from the first service on Saturday 8 May.

Coaches will also replace trains for all or part of the journey from Friday 14 to Sunday 16 May and on select evenings throughout May as works continue on the removal of the Robinsons Road, Deer Park and Fitzgerald Road, Ardeer level crossings and rail milling further along the line.

“We thank passengers for their patience over the last 11 days – as we got in to deliver these vital upgrades that are supporting local jobs and helping to deliver safer and reliable services along the line,” said public transport minister Ben Carroll.

“We’ve added over 100 services to the Ballarat line this year – and the line carries more than 60 trains every day, so we’ll continue to deliver works that help deliver better services.”