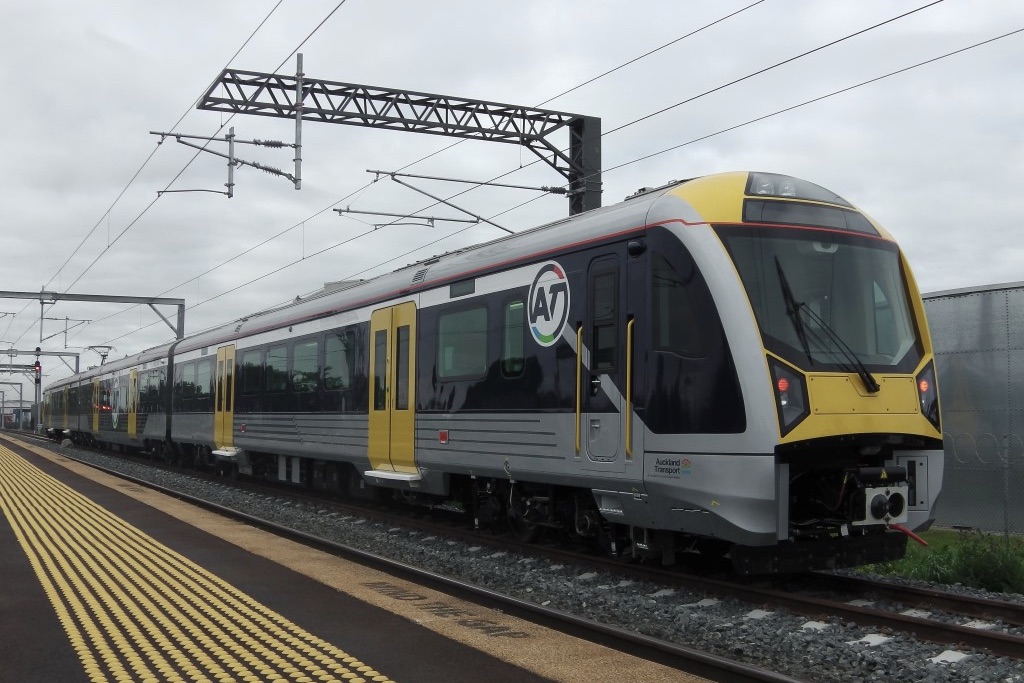 Trains have returned to the Auckland and Wellington networks on Monday morning, after a two-week shutdown over the Christmas and New Year break.

KiwiRail COO Todd Moyle said in December that the focus of work in Auckland will be on track repairs.

“We’ll have more than 100 people working over the Christmas and New Year period across the network. Additionally, preliminary work on Papakura to Pukekohe electrification, the Westfield and Wiri junction and the construction of a third main will be getting underway.”

The projects are part of the Auckland Metro Rail Programme, which will improve the resilience of the Auckland train network and the reliability of freight and passenger services.

The repairs are ongoing after testing found damage to 100km of track earlier in 2020.

“Our teams have put in a lot of hours and have already completed over 50 percent of the required work,” said Moyle.

“The upgrade has been a massive task and KiwiRail has worked with Auckland Transport throughout the project to try to minimise the impact on commuters.”

“Once again AT wishes to acknowledge the disruption that these works have had on our customers. We will continue to provide Rail Replacement Bus services across the network throughout the shutdown, including New Year’s Eve, when many Aucklanders will be wanting to spend time with their friends and loved-ones.”

On the Western Line, passengers will need to wait a few more weeks, as further work will be required until the end of January along the entire line.

In Wellington, KiwiRail has worked alongside Waka Kotahi NZ Transport Agency (NZTA) and contractors to continue maintenance and upgrade works during the shutdown. These include replacing poles and wiring as well as overhead lines above the tracks leading into Wellington Station.

“We’ve got 10 kilometres of old wiring coming down, and old wooden posts, some of which date back to the 1930s,” he said. “Putting up new wiring and masts is a big undertaking and we’ll have around 60 people working day and night to get this done in a relatively short timeframe.”

On the Johnsonville Line, KiwiRail has been trialling new equipment to replace sleepers in the line’s seven narrow tunnels.

Trentham Station will be closed until January 16 to allow for the rebuild of the platform to provide improved facilities, better lighting and a safer step onto the train.

“The extensive work we’re doing now and over the next few years is all about improving the network’s capacity resilience, performance and reliability,” said Gordon.

Sleeper replacement has also been underway between Paremata and Pukerua Bay, and at the Stene Avenue level crossing and the Old Hutt Road rail overbridge.

Scott Gallacher, general manager of Wellington transport operator Metlink, said that works now would improve services for the rest of the year.

“These upgrades are essential for Metlink’s future plans and will enable us to provide greater capacity and reliability for our customers.”