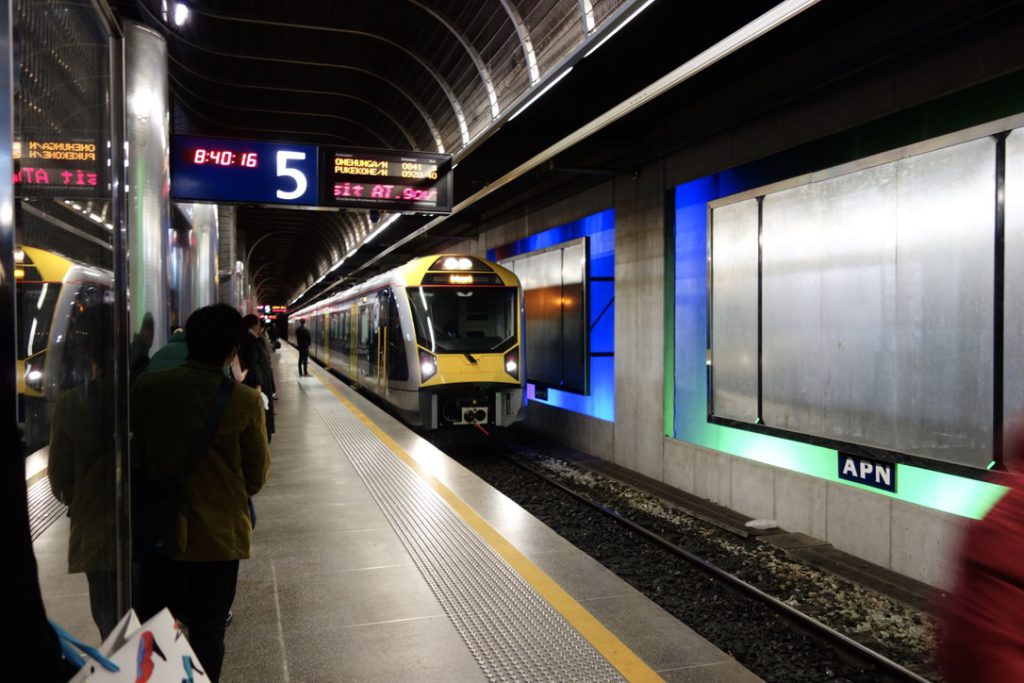 A week after trains returned to the Auckland network after the summer shutdown, trains have run into the city centre terminus at Britomart.

Work had been carried out over the past three weeks to replace a worn section of rail between Newmarket and the city and install a new scissor track at the eastern end of Britomart tunnel.

The project was carried out by KiwiRail and chief operating officer capital projects and asset development David Gordon said that a number of upgrades were delivered.

“Along with installing a new track scissor in the throat of Britomart Tunnel, our rail crews fixed 6km of worn rail and replaced two turnouts running between Newmarket and Britomart, which is a major highway in our network, carrying most of the city’s trains.”

Due to the section being at the heart of the Auckland network, a shutdown was required.

“On the average day, more than 350 trains travel on this section of line, so we made the most the shutdown and worked 24/7 to make sure trains could return to Britomart as scheduled,” said Gordon.

The work also prepares the line for the completion of the City Rail Link and the increased patronage that project is expected to generate on the network.

Upgrades completed this week follow the return of trains to other parts of the Auckland network last week.

“The Christmas holiday shutdown enabled us to replace 18km of worn rail which is the equivalent distance of driving from Britomart to Ōtāhuhu,” said Gordon.

“Closing the track for an extended period like this minimises overall disruption to train users, as it allows far greater productivity for our teams. That being said, we certainly appreciate the patience of the city’s train users who have been disrupted by our programme.

“Preliminary work on Papakura to Pukekohe electrification was completed and stage one of the third main works were also completed at Westfield and Wiri junctions.”

As of January 18, 70 per cent of the required work to repair damaged rail across the Auckland network has been completed.