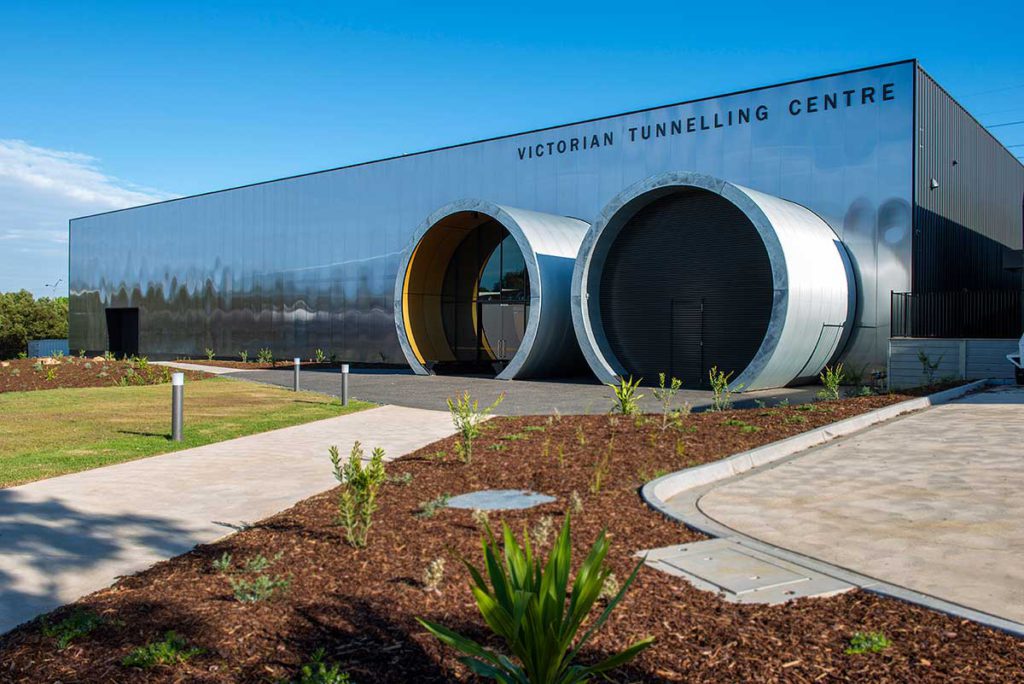 The Victorian Tunnelling Centre has produced its first round of graduates, with 26 current and former trainees now working on the city-shaping Metro Tunnel Project.

The world-class facility includes life-sized replicas of mined and bored tunnels and a massive tunnel boring machine cutterhead. The tunnelling centre is located at Holmesglen Institute’s Drummond Street campus in Chadstone and was built as part of the Metro Tunnel Project’s contract with major contractors CYP Design and Construction.

It is operated by Holmesglen Institute, a leading TAFE for construction and civil engineering training, and has facilities to train up to 5000 workers a year in underground construction and maintenance, including tunnel boring machine (TBM) operation.

The centre provides a real-world experience, with the TBM replica tunnel built at the same 7.28m diameter as the Metro Tunnel, and the replica mined tunnel the width of a three-lane freeway. Training includes augmented and virtual reality programs. 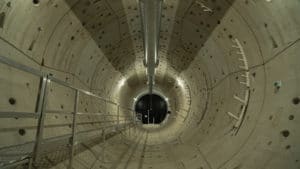 The centre is the only facility of its kind in Australia where students can train within replica mined and bored tunnels on the same site. It is one of only a few such facilities in the world and was partly modelled on the Tunnelling and Underground Construction Academy (TUCA) established for London’s Crossrail.

It will train skilled workers for the Andrews Labor Government’s massive pipeline of infrastructure projects in the coming years, including the North East Link and Suburban Rail Loop.

Construction starts next year on Suburban Rail Loop (SRL) East between Cheltenham and Box Hill creating up to 8000 direct jobs – with the twin 26 kilometre tunnels allowing trainees and graduates to draw on the unique skills developed through the tunnelling centre.

Training and skills development will be a priority for the project, with the Initial and Early Works contract announced last week creating up to 800 jobs – including 75 new roles for Victorian apprentices, trainees and cadets. Across the project 14 per cent of the total hours worked will be undertaken by next-generation recruits – well above Government targets.

Construction is underway on early works for North East Link – the project that will fix the missing link in our freeway network, slash travel times through the north-east by up to 35 minutes and take 15,000 trucks off local roads.

The project’s 6.5 kilometre tunnels are set to be Victoria’s longest road tunnels. Two TBMs – each over 15 metres in diameter – will be used to excavate the twin tunnels. And with 8000 jobs on the tunnelling package alone, the Victorian Tunnelling Centre will play an important role in skilling up workers.

Those studying at the tunnelling centre can earn Certificate and Diploma qualifications as well as safety-based training for working underground. Twenty-six graduates, including six women, have completed the Certificate III.