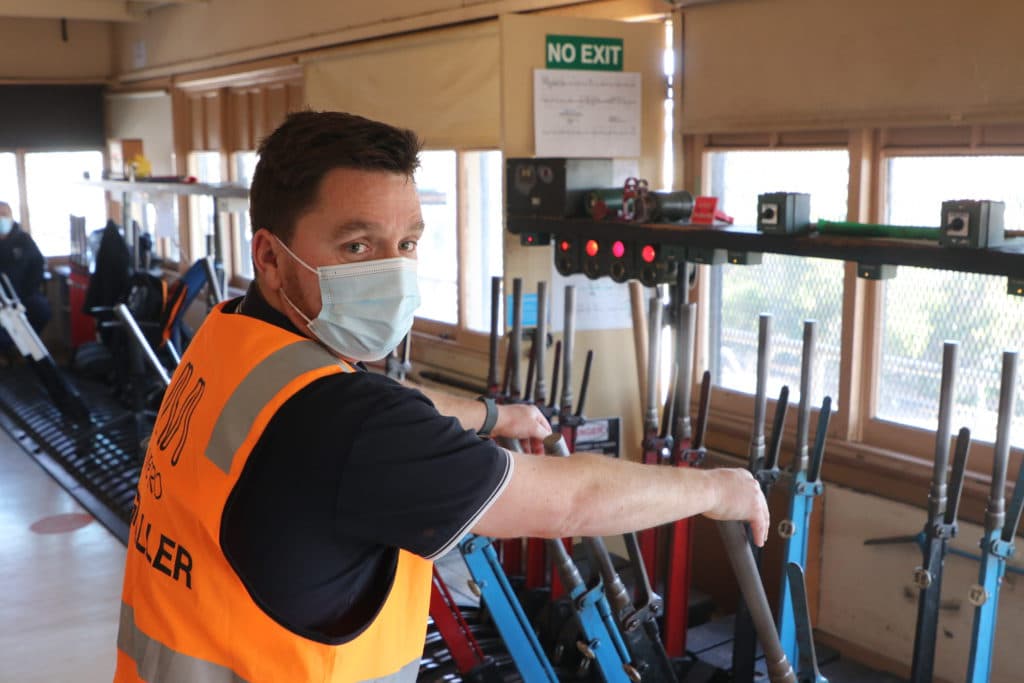 The Kananook Signal Control Centre at Seaford in Melbourne was commissioned in September during works at Edithvale, Chelsea and Bonbeach to lower the train line under the local road network into three new rail trenches and build four new road bridges.

But from Monday, 22 November, when trains started running again and stopping at the new stations, the control centre began managing the movement of trains over 33km of track between Kananook and Parkdale.

The new control centre will help to minimise disruptions for commuters on one of Melbourne’s busiest lines by centralising and efficiently controlling trains, with plans to extend the centre’s control area from Kananook to Caulfield in 2022.

Signalling is one of the most important parts of the train network because it informs drivers about what is ahead of them to keep passengers and others in the community safe.

Coloured lights – similar to road traffic lights – are displayed to indicate whether a driver should stop, proceed or proceed with caution and whether they should travel at normal, medium or low speed. A series of points are also operated to change the direction of trains and move them between tracks.

The new Kananook Signal Control Centre was built by the Level Crossing Removal Project as part of works which included a new Kananook Train Storage Facility where trains can be parked when not in service to keep Melbourne’s train fleet running reliably.

Signallers Ashley Clark and Mark Robinson have transferred from the old Frankston signal box — which includes the use of chest high levers to control trains — to work at the new fully computerised Kananook Signal Control Centre.

“We’re going from pulling hundreds of levers during a shift to sitting at a computer screen.”

Ashley said the new Kananook Signal Control Centre will come into its own during challenging periods on the line.

“I’m excited because having one control centre will make it a lot easier to run trains when we have incidents,” he said.