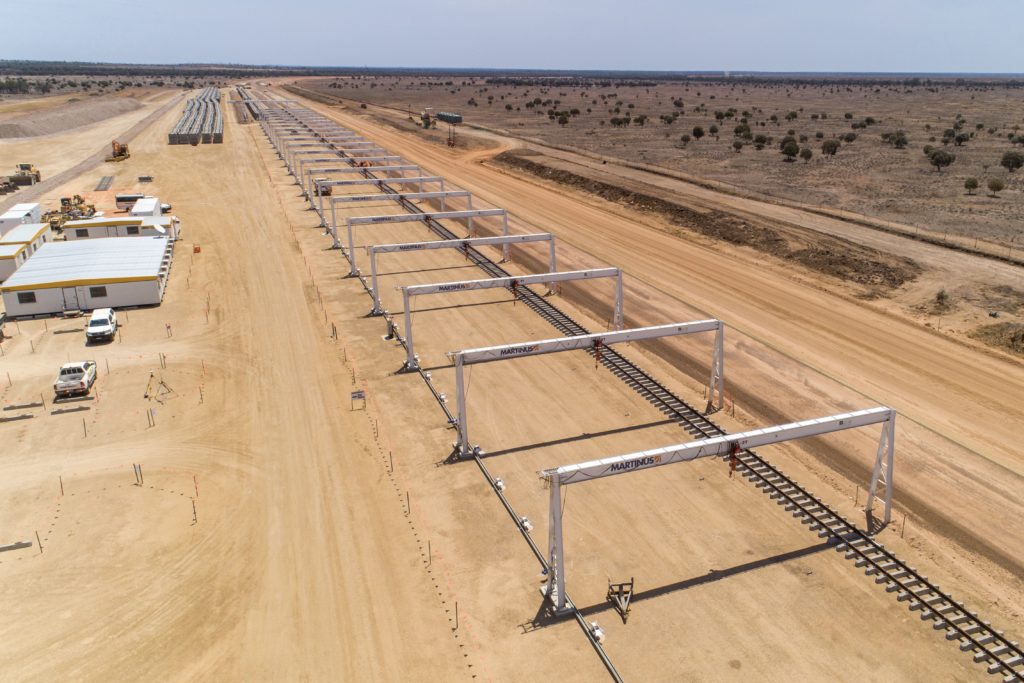 Tracklaying has begun on the Carmichael Rail Network as builder Martinus Rail deploys an array of specialist track construction equipment to the site.

Treaven Martinus, CEO and managing director of Martinus Rail, said that even with the equipment already assembled on site, there was still more to come.

Once tracklaying and other works are complete, 200km of narrow-gauge track will be laid to connect the Carmichael mine, operated by Bravus – formerly known as Adani – to the existing Central Queensland Coal Network. According to Martinus, such a project mandates a specialist approach.

“Building Australia’s largest track construction project requires some unique machinery. We own the only high production sleeper laying machine (SLM) in Australia, this machine is now commissioned and has commenced track construction. It will soon be joined on site by our TLM and will lay track at approximately 1,500m per day,” he said.

According to David Boshoff, CEO of Bravus, much of the materials for the project have been sourced locally with girders and rail sleepers manufactured in Rockhampton and track steel also made in Australia.

“Our high-quality Australian products used on the track will literally be the backbone of the
railway for decades to come,” he said.

So far, the project has created 2,000 jobs and injected more than $1.5 billion in contracts into Queensland, with 88 per cent of the total number of contracts being delivered in the Sunshine station.

Martinus said that the project’s location means that local content is more important than ever.

“Working on a very remote project comes with many supply and logistics challenges. By working with local suppliers, our in-house logistics team and contractors who know the area, we are able to ensure efficiencies across a number of areas including having greater control of material, timely delivery and of course quality products.”

In addition to the $100 million rail contract, Martinus is delivering the $220m civil contract that includes 86km of rail formation, a road over rail bridge, nine waterway bridges and more than 200 culverts and 35 rail crossings. Martinus said the local economy is already seeing the project’s benefits.

“Seventy per cent of our project spend to date has gone back into the local economy and this is only set to continue.”