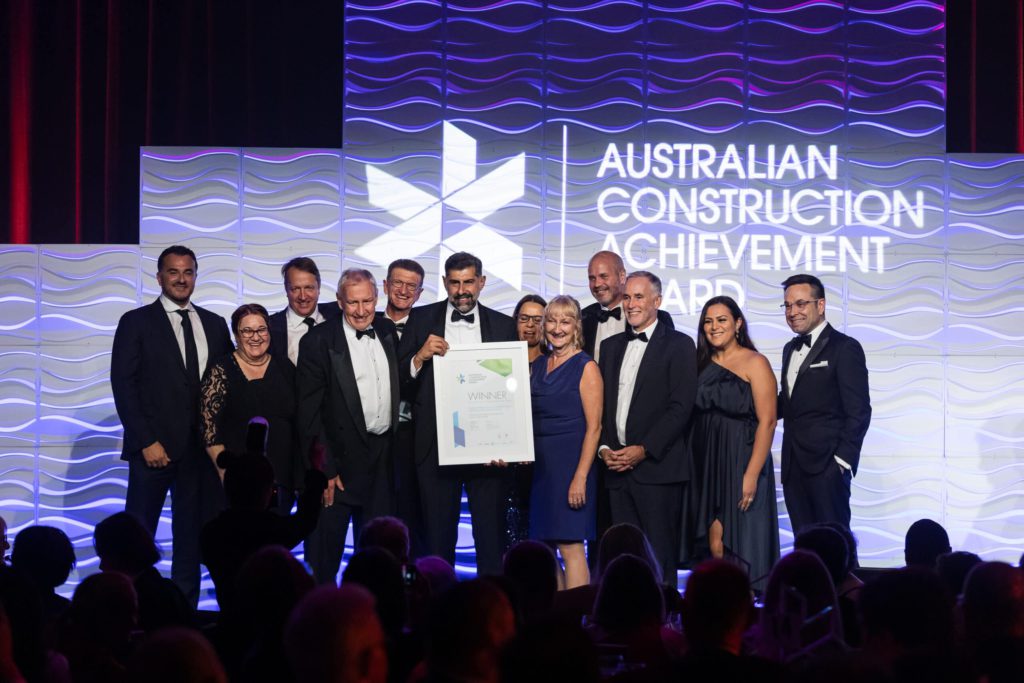 The project was delivered in the heart of the busy Sydney CBD and included a whopping 15.5 kilometre twin rail tunnel, dive structures and six complex underground stations between Chatswood and Sydenham, including the first rail tunnels under Sydney Harbour.

The project, which achieved the highest ever ISC Infrastructure Sustainability rating, saw a team of 11,000 people work in challenging geotechnical conditions alongside heritage and live transport infrastructure.

The works were further complicated by the numerous existing infrastructure assets under the Harbour, mining under heritage buildings and the design and construction of massive bespoke formwork for an underground station that won International Awards.

Australian Constructors Association CEO Jon Davies said despite many challenges, the industry continues to rise to the challenge.

“This year’s winner delivered several Australian firsts that would not have been possible without the one team culture established from the outset. All finalists have demonstrated that our industry is at its best when it works together,” he said.

“John Holland, CPB Contractors and Ghella Joint Venture have given a masterclass in using innovative engineering solutions and teamwork to overcome the most complex environmental and logistical challenges imaginable. In doing so, they have delivered an iconic addition to Sydney’s DNA that will provide enormous benefit to everyone in the community,” she said.

The ACAA, now in its 25th year, is hosted by the Australian Constructors Association  and Engineers Australia and is the peak annual award for the major players in Australia’s construction industry. It has again been partnered by some of the nation’s major businesses, including Adbri, Caterpillar, Cbus, InEight and InfraBuild.

Further details about the finalists and the ACAA are available at www.acaa.net.au