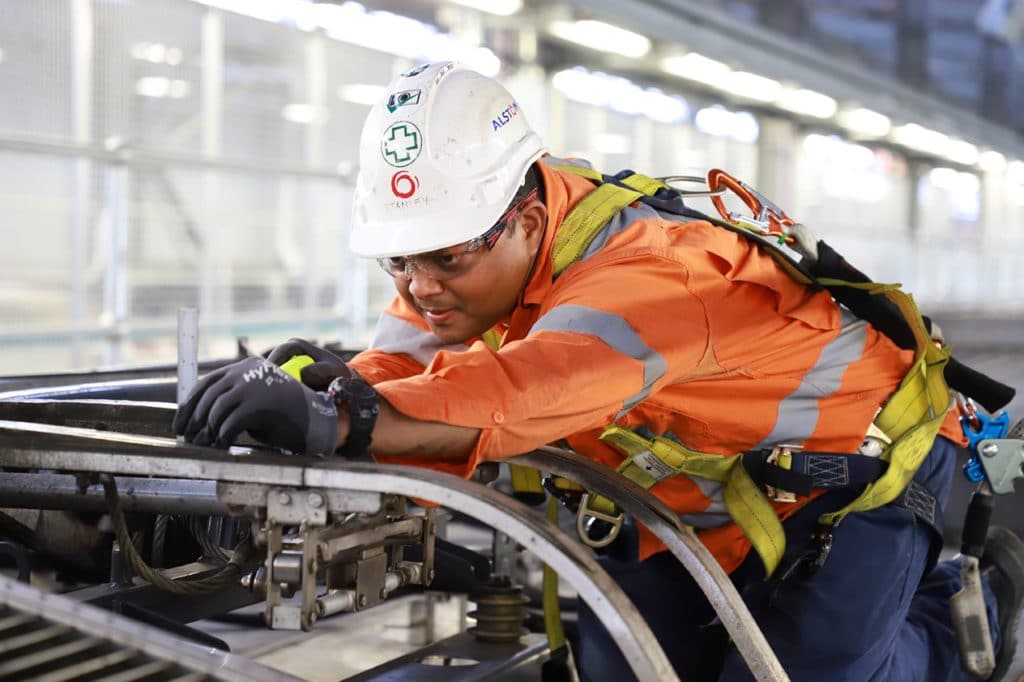 Alstom has received the Top Employer 2022 certification in Europe, Asia-Pacific and North America, with certificates in 14 countries.

This is the third consecutive year Alstom has received the distinction in Europe, and the second year for the two other markets referenced.

The leader in smart, sustainable mobility, needs to respond to the growing demand for greener, more modern train, metro and tram fleets with optimised capacity throughout the world.

With an order book worth €77.8 billion, the Group is looking to recruit 7500 talents worldwide in 2022. This includes around 6000 engineers and managers, mostly in Europe and Asia-Pacific, and around 1500 workers and technicians, primarily in Europe, North America and Latin America.

These hires are for projects relating to rolling stock, signalling and services. Globally, engineering accounts for half of the permanent position openings.

“This distinction recognises our continuing commitment to making Alstom one of the best working environments in the world,” she said.

“With a presence in over 70 countries, we offer worldwide opportunities to work in the fields of production, software, engineering, and services for people who want to make a concrete difference for the planet.”

There are opportunities throughout the value chain, from production to methods, supplies and functions. In addition to contributing to the delivery of current and future projects for Alstom’s customers, the company is recruiting project and tender managers and planners.

Alstom is also looking for similar profiles to the high-tech industries of Silicon Valley, such as software engineers and data scientists. These recruitment requirements are defined for the long term, based on the Group’s growth.

Alstom offers the possibility of starting a career with a wide range of opportunities for moving between jobs and geographical mobility to suit any aspiration.

The Group’s needs for talent by region are: Europe: 3900 positions, Asia-Pacific: 1700 positions; Americas: 1500 positions and Africa, the Middle East and Central Asia: 400 positions.

In Australia, there are over 300 existing positions to fill, primarily in engineering, signalling and qualified production roles in addition to the different functions. Alstom is recruiting for qualified engineers and tradespeople across its entire portfolio.