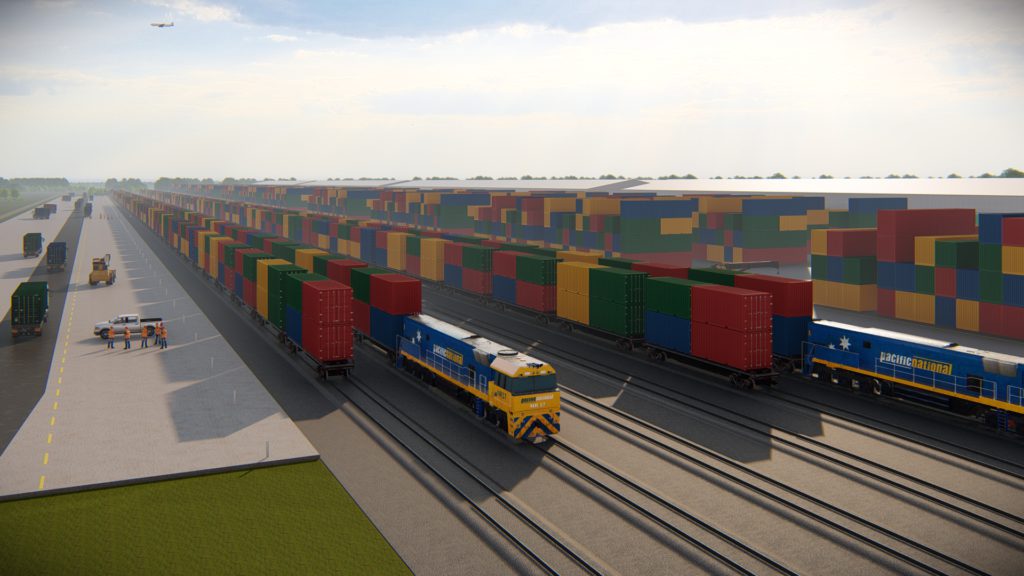 Pacific National has reached an agreement with Wagner Corporation around the future development of a major rail freight terminal at Wellcamp Business Park, Toowoomba, Queensland.

Pacific National CEO Paul Scurrah said both companies are uniquely placed to realise the benefits of the future Inland Rail.

“Pacific National is the leading provider of containerised interstate rail haulage services in the country, while Wagner Corporation has a superb track record and proven expertise in delivering critical transport and freight infrastructure in Queensland,” he said.

Each month, Pacific National frontline workers are part of 24/7 operations including transporting about 78,000 containers for almost 400 freight customers. These services utilise an extensive national network of terminals and 150 locomotives and 1500 wagons.

In response to growing customer demand, the company has plans to significantly increase containerised volumes in its intermodal business in the coming years, with the Darling Downs offering both an origin and destination for large quantities of goods and commodities.

Under the agreement, Wagner Corporation will construct the intermodal terminal while Pacific National will operate daily rail freight services under a long-term lease arrangement.

The estimated investment by Wagner Corporation to build the intermodal terminal for Pacific National, construct initial associated connective services and associated warehousing, is $110m with up to 245 jobs generated during construction.

Once operational, the intermodal terminal (which will occupy an area of 23 hectares) will support up to 400 skilled jobs, including train drivers, terminal staff and associated warehousing staff – many recruited from the region.

Unique features of the multi-modal Wellcamp Logistics Hub include:

Initial concept designs for the intermodal terminal within the logistics hub show the capacity to service 1800 metre-long trains.

“These trains need to be broken down into smaller units to help efficiently tranship containers between trains and trucks,” he said.

“Picture this – at a minimum, an 1800-metre-long freight train hauling shipping containers is equivalent to removing 140 B-double return truck trips from our roads.”