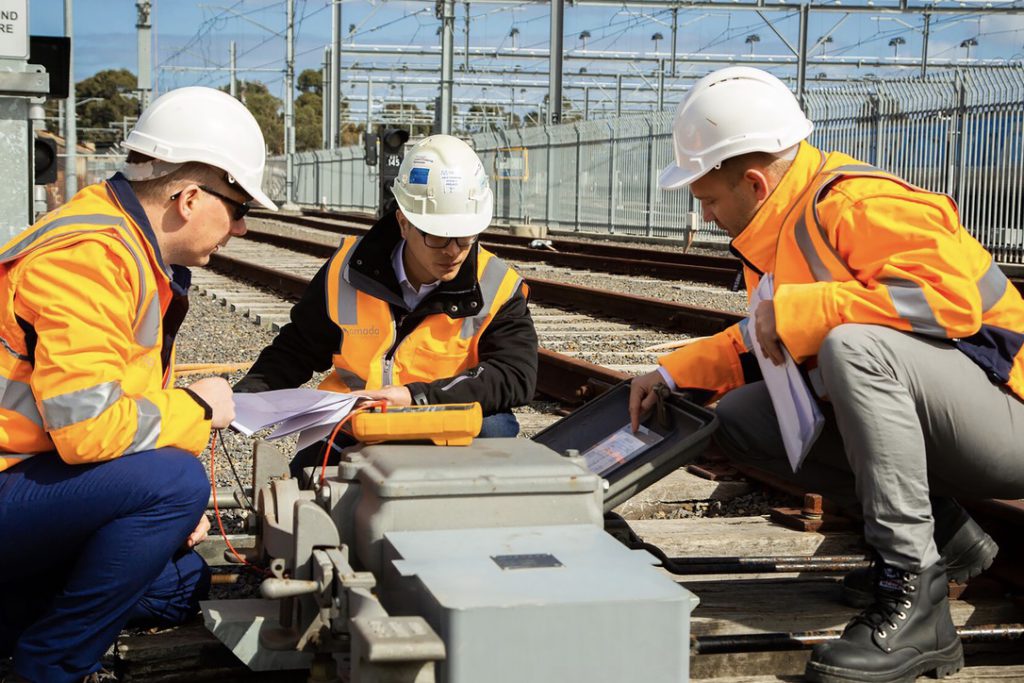 Omada Rail Systems is using the opportunity of an Australian-first technology deployment to address the rail industry’s signalling deficit.

There is currently a great deal of focus on the rollout of next-generation signalling in urban areas to alleviate congestion and increase network capacity. However, a leading example of this technology is being deployed over 500km away from the closest state capital.

With Rockhampton at the core of the network, European Train Control System (ETCS) Level 2 is being deployed across sections of the Central Queensland Coal Network. The technology aims to improve speed control and signal enforcement, for a safer, and more efficient network.

Brisbane-based signalling specialist Omada Rail Systems is working with a global signalling manufacturer and supplier on the project. This provides the next generation of signalling engineers an opportunity to gain valuable experience, addressing Australia’s skills gap when it comes to the implementation of next- generation signalling technology.

Graduate signalling engineer Nathan Murphy has recently been working on-site, with testing engineering manager Ian Arnold, to test the early deployment of the ETCS equipment and provided Rail Express with an update on how the project is progressing.

“We’ve been laying the groundwork to allow for the testing of the whole system,” said Murphy.

Arnold, who is the tester in charge (TIC) of this project, is leading Omada’s test team, and as director Luke Craven highlights, is also sharing his expertise with the younger generation.

“We want to expand on our well-trained, well-disciplined staff, who ensure that all facets of the testing functionality are covered to a high quality. It’s a great opportunity to give our young graduates a well-rounded, on-site experience as well. It’s all well and good to be looking at drawings but seeing the equipment in practice is invaluable.”

While in the field, Murphy has had first-hand experience with the intricacies of installing new signalling technology, and significantly, in the first operational context within which the technology will be introduced in Australia.

“We’re going out and confirming that the equipment is installed correctly and is corresponding correctly with the whole system, making sure the trackside equipment talks to the control centre in Rockhampton. We are checking each area that the upgrade has occurred in so far, including various signalling and equipment rooms around Rockhampton and all the way up to Emerald and then down to Gladstone.”

This testing work also covers the wayside equipment such as balises that have been installed on the line to Emerald, as far as Blackwater and Bluff, as well as on the North Coast Line which Aurizon shares with other freight trains and passenger traffic.

Here, Murphy is experiencing firsthand the advantages of the flexibility inherent in the ETCS, which has been designed to handle the multiple different types of traffic that criss- cross the European networks, leading to the technology being adopted on multi-use lines.

“The ETCS is intended to work in parallel with the existing systems, so its primary use will be for only coal trains that are equipped with ETCS. Meaning that other trains can still use the lines using the original system without negative impacts,” he said.

“There’s quite a range of technology, you’ve got interlocking systems from back in the 60s up to the more modern technology. The interface between those technologies is a critical part of the design and that’s why we’re going out and doing the strict correspondence testing to make sure that everything will talk back to ETCS.”

PUTTING THE THEORY INTO PRACTICE
Supplementing theoretical knowledge with practical training, Murphy has been able to develop his competency by absorbing the expertise of the team working around him.

“I’ve found that sometimes the best course of action is to just dive straight in and ask a lot of questions along the way. I’ve learnt so much in a relatively short time because there are so many experienced people in Omada with really diverse backgrounds and skills.”

As Omada’s graduates progress through the program, Craven identified that encouraging youth within the industry is key for Australia to grow the capacity of its local workforce and meet the demands of signalling projects that are about to get underway.

“We can see it’s the way of the future. As a company, we are implementing training courses, initially based on theory and then following up with the practical experience as well.”

Craven said that while graduates are exposed to the range of work that is required of signalling engineers, the pathway sets them up for a variety of possible job roles.

“The gap is in the number of signalling engineers now as people know, and we’re taking on graduates to fill that gap. Each individual is different and may prefer design, project management or testing, so we’re giving them a broad range of activities and seeing where their strengths are, what fields they like or enjoy, and we are adjusting the training to suit those areas.”

While the Aurizon project may be one of Australia’s first roll-outs of ETCS, the pipeline of projects involving the deployment of new signalling systems will only require further expertise, with major signalling upgrades announced or underway on the Brisbane, Sydney, Melbourne, and Perth networks, along with the deployment of Advanced Train Management System (ATMS) on the Australian Rail Track Corporation (ARTC) interstate network. Craven sees a particular gap in the number of testers available for these major projects.

“The number of contract testers in the industry doesn’t match anywhere near the infrastructure target,” he said.

To go some way to meeting this, Omada has reached out to young graduates while creating an engaging environment for engineering.

“We look to create a welcoming working environment that people want to be in, and couple that with giving people practical experience. Engineers want to play and get their hands on, so we look to provide as much practical experience as we can because that just enhances the joy of engineering.”

A GROWING FOOTPRINT
These efforts have seen Omada expand its team and capabilities. Omada has recently hired testing engineers in New South Wales and South Australia, where the company did not previously have an on-the-ground presence.

“We have a tester based in Adelaide who, in the last couple of months, has been providing services to some of the infrastructure owners.

Already in the short time he has been with us, we have received highly positive feedback regarding his help in getting projects completed safely and efficiently,” said Craven.

Alongside their growing presence in testing work, Omada’s team of engineers are working within some of the industry’s largest projects, including Cross River Rail, the Melbourne Metro Tunnel Project and the Level Crossing Removal Project.

Since 2017, Omada has been heavily involved in the Level Crossing Removal Project in Melbourne, consisting of 75 separate level crossing removals. With a combined team of nine engineers operating in both Brisbane and Melbourne supporting Metro Trains Melbourne in delivering each project, Omada’s team members have become an integral part of the delivery team.

Omada’s growing involvement in these major projects comes as a result of their effective recruitment. Craven details how Omada has handled the expansion of their team, to ensure that the growth they are experiencing is sustainable.

“We are always on the lookout to bring the right people into our team. While experience and competency are important factors, what we really look for is attitude. Our team is made up of people who want to go that extra mile, which is something our clients see on a regular basis.”

As their team grows, Omada is looking to engage for larger packages of work, which in turn will allow for greater capacity to expand further.

“We want to take on whole testing packages,” said Craven. “We are aiming to expand our numbers and with that expand the training of the graduates as well.”