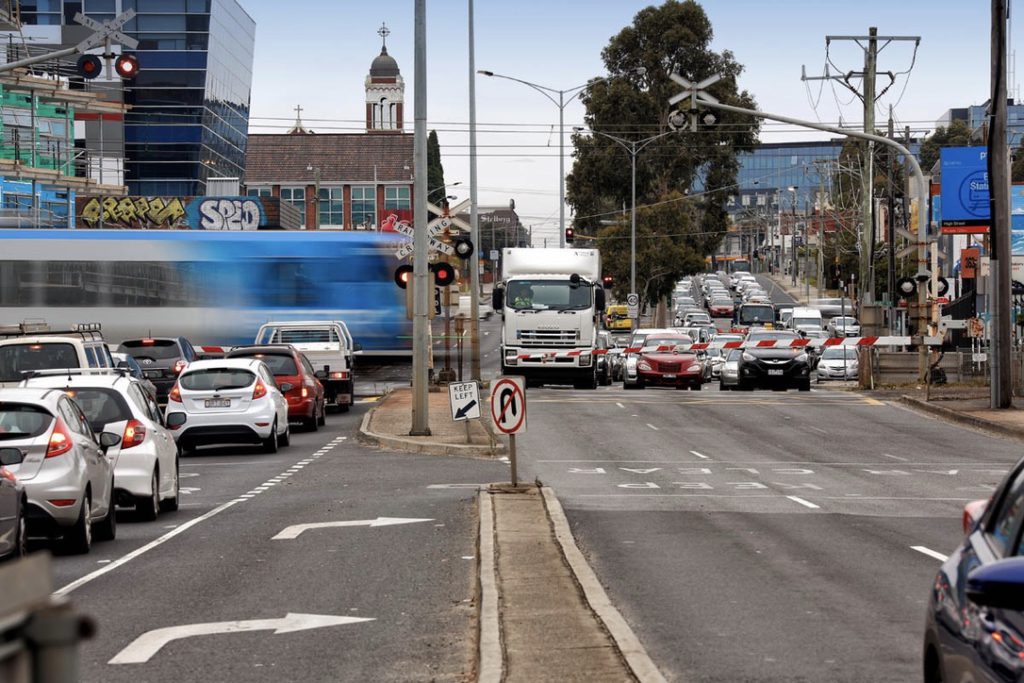 The Victorian government has awarded contracts to three separate alliances for the removal of seven level crossings around Melbourne.

The $564 million contract covers the replacement of crossings at Oakover and Murray roads, and Bell and Cramer streets with a raised rail line. Works will also comprise two new stations at Bell Street and Preston.

“The boom gates on Bell Street have always been a nightmare. We’ve already gotten rid of one level crossing, and this project will see the second set in Preston banished forever – it’s progress we can all be proud of,” said Minister for Transport Infrastructure Jacinta Allan.

Early works began in late 2020 as crews began to install rail power and communication systems underground near the rail line.

A focus for this project will be limiting disruptions to services. The line will not close for more than 12 days at a time to enable trains to have access to the Epping train maintenance facility.

In Melbourne’s west, an alliance of Fulton Hogan, Metro Trains Melbourne and the Level Crossing Removal Project has been awarded a $234m contract to remove the level crossings at Fitzgerald Road in Ardeer and Robinsons Road in Deer Park.

A road underpass at Robinsons Road and a road overpass at Fitzgerald Road will be built by 2023. Early works will start this month and construction will pave the way for the Mount Derrimut Road crossing to be removed by 2025, the last level crossing between Deer Park and the city.

The alliance contract for the Ferguson Street crossing removal project in Williamstown has also been awarded. McConnell Dowell, Arup, Mott MacDonald, Metro Trains and the Level Crossing Removal Project will lower the rail line into a trench and built a new North Williamstown Station.

The $192m contract will see the boom gates gone by 2022 with site set-up commencing from mid-January.

In late 2020, the Victorian government also awarded the contract for the level crossing removal at Hallam Road. An alliance of Laing O’Rouke, Jacobs, Metro Trains Melbourne and the Level Crossing Removal Project will build a rail bridge to improve safety, traffic flow, and pedestrian connections. A new station at Hallam will also be built. The crossing will be gone by 2022.