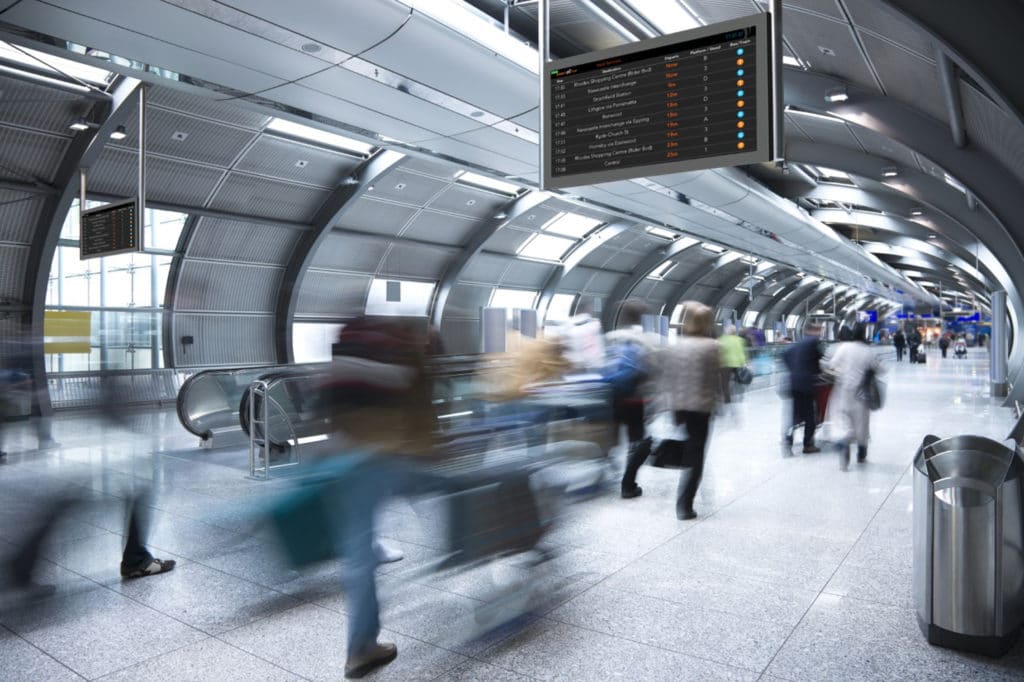 Multi Agency offers an enhanced experience for the traveller, as it is very common for people to need to use more than one mode of transport on their journey. It also offers multiple transport providers a simple, effective way to display mixed transport information.

tm stagetec systems has worked over many years with manufacturer Smart Pi to develop this modular, networked passenger information system that can be easily customised to the demands of transport operators.

As one element within the broader Smart pi ECOsystem, the Smart pi EYE technology enables real time, accurate information to be part of the new norm for customers who use multiple modes to complete their journey.

There are many key advantages of using the Smart pi EYE (Digital Information/Signage System):

tm stagetec systems general manager Mark Lownds said not only is it common for passengers to use multiple modes of transport on a journey, it is also common for many of these transport hubs to intersect.

“Think a train exchange where passengers change from suburban to country lines. Think a train station connected to a bus interchange, or a ferry terminal, the list goes on,” he said.

“Previously these transport providers have grown organically to have separate systems that were not integrated. Smart pi EYE Multi Agency offers these providers the opportunity to integrate their passenger display information.”

This technology is offered with the bonus of not having to drastically overhaul the individual systems of the different transport operators.

The benefits of Multi Agency display for both passengers and transport providers are many, the most obvious for transport operators being a simple, effective and scalable way to display travel information to passengers in one place.

tm stagetec systems are using their experience within the field of passenger information to enable these connections between various transport providers and their various components of audio and video technology.

“We hired a software development company called DeusO, who were involved in building the standards for audio and video communications protocol Open Control Architecture (OCA),” he said.

“With OCA we’re not just using it externally, we’re using the same protocol internally, even in the same device when we need to hand over information internally. It’s a big decision and investment to do it this way but it meant that we can be completely open, completely standard compliant and pretty fast to market.”

tm stagetec systems managing director Treva Head said an advantage of using the OCA was that it enabled the second principle that the Smart pi ECOsystem is built upon: scalability.

“This is especially important in terms of the Multi Agency concept as new transport feeds may be added to integrated systems over time, as transport networks grow and change with the needs of society,” he said.

“Why we decided to use OCA is because it’s scalable and it’s transport agnostic, so you could use it over TCP/IP or USB or WiFi or whatever you want to use it with. So, we’ve made sure that we can scale from very small to very big.”

The final principle in the Smart pi ECOsystem was reliability. With the company’s experience delivering audio technology for rail networks, tm stagetec systems knows that conditions are not always ideal.

Therefore it also aimed to limit the load that the technology would place on the network, especially when combining multiple transport providers.

With the basis in open architecture, scalability, and reliability, there is the potential for further uses to be integrated with the Smart pi ECOsystem, based on the needs of the individual transport operators.

“It’s a nice feeling when your customer comes to you and says, ‘I’d like to be able to do this,’ and you’ve already done it or it’s really easily done because we put so much work into how all the components are going to talk to each other from the ground up,” Lownds said.