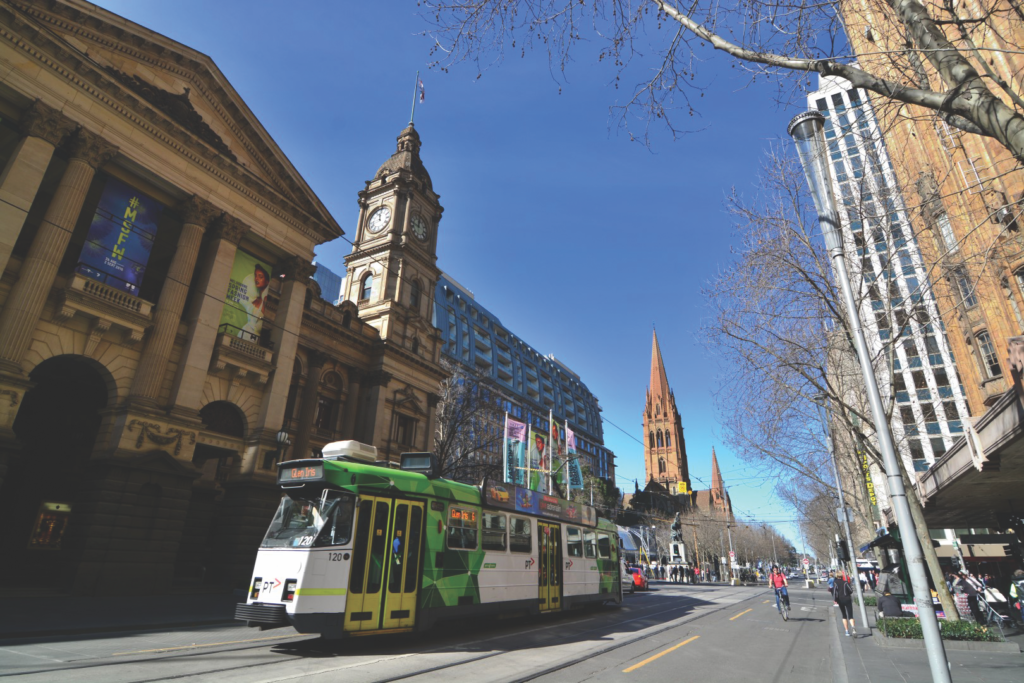 A major refurbishment is occurring on Melbourne trams, extending the life-span of the ‘Z’ and ‘A’ class trams and helping boost the state economy.

Trams are as much a feature of Melbourne as Flinders Street Station or the MCG. The sound of trams is evocative, whether the older style or smoother modern variety. But change is a constant. The current fleet is a combination of trams from the very new to those almost half a century in age.

In the biggest single investment in trams in decades, the Victorian government committed $1.5 billion in the 2021/21 state budget to deliver and maintain 100 Next Generation Trams, and purchase land for a new dedicated tram maintenance facility.

While procurement for the Next Generation Trams takes place, works to extend the life of the A and Z Class trams are underway to keep the network running reliably.

As part of the State Government’s stimulus package to boost jobs in response to the impacts of coronavirus, $26 million has been invested to start to deliver upgrades to the mechanical and electrical systems of our longest serving trams. These works will extend  the life of the trams to ensure that they can continue operating on our network until they begin to be retired as the Next Generation trams are introduced to service.

Under the program announced by the state government, the  trams to be refurbished are:

Yarra Trams CEO Julien Dehornoy said with Yarra Trams being a key part of Melbourne they understand the important role they have to support the “economic recovery of Victoria”.

“We are working with 25 local suppliers, here in Victoria, to supply the parts that are needed for the program and to create local jobs,” he said.

“With the life extension program, we will be working on more of our trams. These are our oldest trams, some of them are more than 30-years-old.”

He added: “Can you imagine that some of them have travelled more than two million kilometres. That is three times to the moon and back. So they need a little refresh and that is what we are bringing with this program.”

The funding was awarded in October 2020 and refurbishment work started in November 2020 with inspections and assessments, with on-tram works starting with replacement of parts such as heating under the seat compartments, Drivers HVAC units, electronic gong, and driver’s microphone. Larger packages of work, which include retractioning and door controls, are undergoing specification development and market engagement.

This work supports the ongoing investment in rolling stock with other overhaul and upgrade works happening to other tram classes in the fleet, and the Victorian Government’s commitment to “progressively invest in new rolling stock with the 100th E-Class tram to enter the network in the coming months”.

“The Victorian-built E-Class trams are the largest, safest and most accessible trams on the network,” a government spokesman said.

About 25 Australian companies are suppliers for fabrication and supply of materials, and there will be more to come.

Among those signed up has been Transtech TTM which provides electronic gong, direction control, resistor box overhaul, HVAC inverters and other services.

Nima Khojasteh from TTM Rail said they were one of these key suppliers of components of Yarra Trams and predecessors for the past 20 years and it was exciting to be involved with a project of this nature.

“For this particular project, we are doing some overhaul work for some of the critical sub-systems and we are also designing products,” Khojasteh said.

“One of the really interesting aspects about our company is we actually design and manufacture electronic systems completely within Victoria.

“We are competing against international players and we are often able to win and deliver a superior product.”

Khojasteh said the trams’ project was one that “generates a lot of exposure”.

“We are from Melbourne, we’re a family business, so there are some strong connections.”

Ingenuity has three main divisions; industrial mechanical, electrical/electronic and software. The business has a main office in Sydney with smaller offices in Melbourne and Brisbane.

“We have a multidisciplinary approach. Our Melbourne team is a reasonably new team being a Sydney-based business largely, that’s where most of our staff are,” he said.

“But winning a project like this actually gives us confidence to expand our team in Melbourne; after winning this project we actually put on a new hardware engineer.

“He’s not working exclusively on this project, but it gives us the confidence to expand our team.”

According to the state government, this program has already supported 50 full time equivalent jobs, through both the project team and suppliers. “As more suppliers are brought onto the project, the amount this number will only increase,” a spokesman said.

“The total will depend on the labour needs of each supplier.”

Key components will be upgraded such as electrical wiring, braking and traction; door operation and communications systems. As part of the works, the traditional bell ‘gong’ will be replaced with a digitised version.

The A- and Z-Class life extension program is part of the government’s $328.4 million of stimulus investment in public transport and roads maintenance and upgrades which will create or support more than 600 jobs, as Victoria moves through its recovery from the coronavirus pandemic.

The Victorian government said that every dollar spent as part of this extra investment will help to improve the public transport network and ensure it is continuing to provide services that passengers can rely on when they need it.

“The stimulus package includes upgrades to tracks, trains and trams to deliver better and more reliable passenger and freight services across the state.”

This funding is in addition to the current $620 million public transport maintenance program already underway across the state.