Sydney Central Station is to host ‘Quantum innovation hub’, part of an effort to promote research and development.

The Quantum Terminal, Tech Central’s first collaboration space is taking shape within the historic walls of one of Sydney’s most iconic heritage landmarks.

Central Station’s Sydney Terminal Building will be the place for researchers, developers, engineers and mentors to strive for the next breakthrough in technology.

The NSW government has announced that expressions of interest are open to establish founding members of the new Quantum Terminal.

Jobs minister Stuart Ayres said a residency in The Quantum Terminal was a chance for startups to be part of history and help grow the innovation ecosystem in Tech Central.

“This is an exciting component of our long-term goal for Tech Central, to create 25,000 innovation jobs and encourage 25,000 new students to focus on science, technology, engineering and maths and life sciences studies,” Ayres said.

“The Quantum Terminal will be home to a community of researchers, educators, developers, programmers and engineers who will help lead the development and innovation of quantum excellence.” 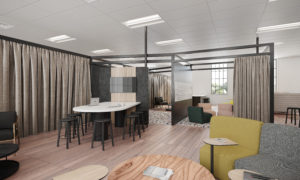 Minister Ayres said as a whole Tech Central would in time provide 50,000 square metres of affordable space for start-up and scale-up businesses.

“As we continue through the COVID-19 pandemic, technology and innovation are key in not only attracting investment but also in strengthening the state’s economic recovery by creating more jobs and retaining talent from the brilliant innovators and entrepreneurs we already have in NSW,” he said.

The Terminal has been designed to help future-focused startups scale their businesses and thrive, amongst a curated community of experts in their field and access to shared and private workspaces and large event spaces.

The Quantum Terminal is part of the 24 hectare renewal of Central Precinct, located in the northern end of Tech Central. Transport for NSW is leading plans to renew this iconic location.

Transport minister Andrew Constance said the progress of The Quantum Terminal marked a synergy of Sydney’s transport heritage with the city’s expanding future in technology.

“The Quantum Terminal will see the nerve centre of Sydney’s train network taking shape as the heartland of the city’s new technology and innovation developments,” Constance said.

“With its proximity to educational institutes as well as major hospitals, the Central Precinct will allow unmatched connectivity to leading businesses and research institutions, further driving the success of Tech Central.” 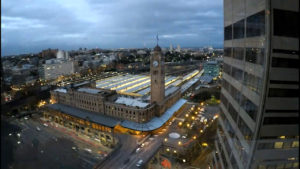 Expressions of interest for founding members of The Quantum Terminal will be open to organisations within The Quantum Technology, High Performance Computing, MedTech, Artificial Intelligence and adjacent technology verticals along with other key innovation enablers.

Quantum technologies promise huge transformation with potential to solve problems beyond the scope of conventional supercomputers. Sydney is already home to one of the largest concentrations of quantum experts in the world.

Peter Turner, CEO of Sydney Quantum Academy, a partnership of four of Sydney’s leading universities and the NSW Government, said the new space will enhance Sydney’s appeal as a place to develop cutting-edge quantum science and technology.

“The Sydney quantum community has a track record in delivering world-firsts. This initiative provides the space needed to nurture this culture of innovation,” Turner said.

“It will allow the Sydney Quantum Academy to bring the community of entrepreneurs, academics, businesses and students together to share ideas, seed growth and develop the talent required to meet industry’s rapidly expanding needs.”