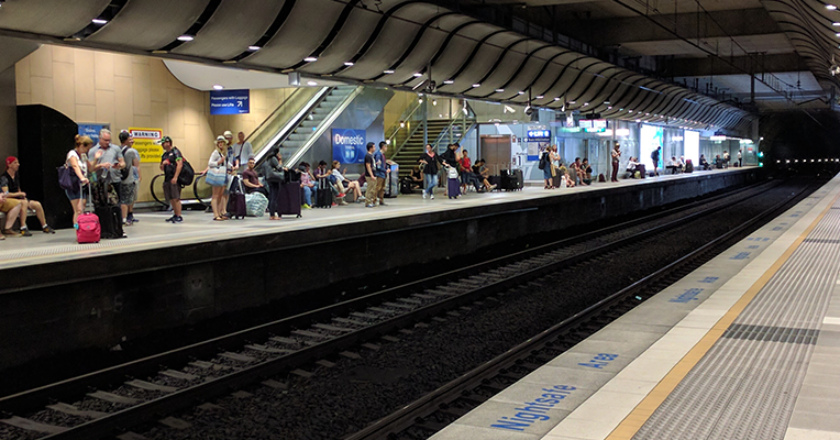 The NSW government has announced the two successful tenderers as part of the next stage of construction on the $4.3 billion More Trains, More Services upgrades.

The Next Rail partnership of John Holland and Jacobs will fulfil the contract between Central and Hurstville, and Transport for Tomorrow – made up of Laing O’Rouke and KBR – will work from Mortdale to Kiama. Each contract is worth about $300 million.

The program of works includes upgrades to rail infrastructure such as stabling yards, signalling, track, station platforms, and power supply on the South Coast, Illawarra and T8 Airport Lines.

Transport Minister Andrew Constance said that the works would enable better services on each line.

“The work will support the introduction of new suburban and intercity trains and allow us to deliver more frequent train services, with less wait times and a more comfortable journey for customers on the T4 Illawarra, T8 Airport and South Coast lines,” he said.

“We’re prioritising these lines because they are among the busiest on the network, catering for 440,000 trips in a typical day, which is around one third of daily rail customers.”

Construction will begin in the middle of 2020 and be completed ahead of the service improvements, which are scheduled for late 2022.

Passengers will see a 20 per cent increase in peak services on the T4 Illawarra Line, with space for up to 3,600 more travellers, equivalent to an extra three services an hour in the peak from interchanges such as Hurstville and Sutherland. There will be a 60 per cent increase on the T8 Airport line at the International, Domestic, Mascot, and Green Square stations with the capacity for an extra 2,400 passengers.

On the South Coast Line station platforms will be lengthened to accommodate the 10 car trains of the New Intercity Fleet trains as well as an extra off peak service each hour between Wollongong and the Sydney CBD, bringing frequency to a train every 30 minutes.

Constance said that the work will allow for an employment boost across a number of professions, including engineers, trades workers, and apprentices.

“Today’s announcement means we are keeping people in work and creating about 350 direct new jobs and around 200 indirect jobs located either in Sydney or on the South Coast.” 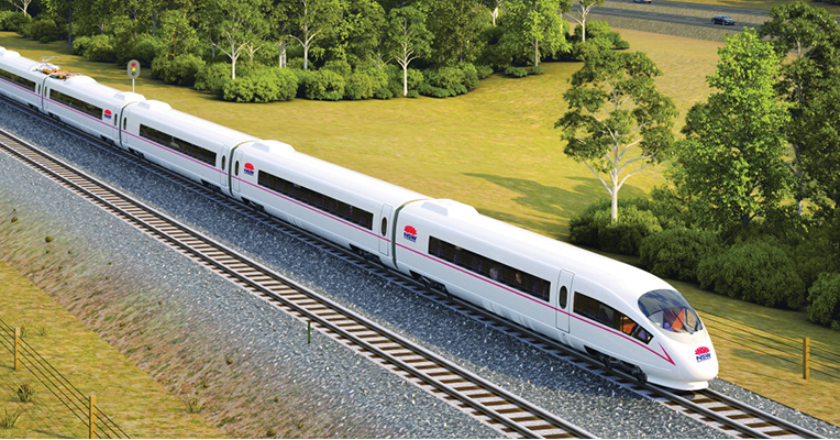 Australia’s major cities are a key driver of the nation’s economic success and support the majority of the population in employment and economic growth. They are also growing, exponentially.

“Our population is expected to reach 33 million people by 2040, and most of those 6.6 new Australians will settle in our major capital cities,” acting CEO of the National Faster Rail Agency (NFRA), Malcolm Southwell, said at the AusRAIL Plus 2019 event held in Sydney.

“Around 64 per cent of us live in cities and we’re one of the most urbanised nations in the world. As such, we have issues with congestion, housing supply and affordability.”

Congestion costs are also expected to rise. According to Infrastructure Australia’s estimates, road and public transport congestion in the major cities will cost almost $40 billion by 2031, more than doubling from around $19bn in 2016.

Over 80 per cent of the estimated $21bn increase will occur in Greater Sydney, Greater Melbourne and south east Queensland.

“We’re not just about building fast rail in the hopes that it works, we’re taking an evidence-based approach,” Southwell said.

“Professor Andrew McNaughton of the UK, who is working with the NSW government on their faster rail plans, has publicly noted that reducing transit times to one hour or less is a particular sweet spot for improved access to higher paying jobs in capital city CBDs and increased economic development in regional centres.”

The Faster Rail Plan, which the NFRA is tasked with delivering, intends to better align future population growth by linking major cities and growing regional cities in order to take pressure off the cities and strengthen economic ties with regional areas.

With the December 2019 appointment of Barry Broe as inaugural chief executive officer of the NFRA, the agency is expected to ramp up its operations this year.

Southwell was acting CEO from the agency’s creation in July 2019 until January 2020. He spoke at AusRAIL to update the rail industry on the NFRA’s work to date and what to expect in the future.

The NFRA will work in partnership with state and territory governments and private industry to develop the rail infrastructure necessary to accommodate a faster rail solution between major cities and key regional centres. It will develop proposals, examine routes and begin the process of corridor planning, acquisition and protection.

“We’ve started a conversation with states on the east coast about interoperability and standards of faster rail projects to avoid a repeat of issues around passenger services between jurisdictions,” Southwell said.

An expert panel will provide advice to government on faster rail related matters including existing business cases, new potential faster rail corridors, future developments across networks and infrastructure requirements and priorities. The panel will advise on staging and delivery options.

The NSW government has appointed Professor Andrew McNaughton to lead the panel. He has more than 45 years’ experience working on rail infrastructure projects, including the UK’s High Speed project.

The first three of the overall eight faster rail business cases have now been completed, the agency confirmed in January. The business cases for Sydney to Newcastle, Melbourne to Greater Shepparton and Brisbane to the regions of Moreton Bay and the Sunshine Coast are now being reviewed by the agency. NFRA will provide advice to government on the findings and its recommendations for next steps in the coming months.

These corridors and the remaining five, which are “progressing well” according to the agency, were identified based on the intention to support growing population movements.

For example, the agency’s first priority, to deliver faster rail between Geelong and Melbourne, will have major benefits for those living along the corridor, including quicker access to work and services in both locations, as well as greater choice around housing and less congestion.

“Geelong is one of the fastest growing regions, growing at a rate of around 2.7 per annum,” Southwell said.

“Transport connectivity between Melbourne and Geelong is constrained by existing infrastructure and rail investment has not kept up with population growth. These constraints have a range of flow on effects, including hampering regional development and increasing road congestion.

The agency acknowledges, however, that better connectivity could, in some circumstances, result in regional towns becoming dormitory suburbs for larger cities.

“We’re very much aware of these concerns and as part of our work we’ll look for the opportunities where faster rail can actually work for the economy and job markets in these regional towns. We’re actively talking to regional centres about the challenges and opportunities faster rail will bring to their economy.”

Southwell is adamant that faster rail will resolve population pressures if regional centres are made attractive.

“For example, lowering operating costs for enterprises in regional towns will attract businesses to the area. Faster rail will provide these businesses will labour markets in the capital cities and provide opportunities for economic development in regional towns.

“That effect is evidenced here in Australia. In Geelong, rail was instrumental in maintaining the attractiveness of the city following the large and sudden downturn in the manufacturing sector. Research and modelling work have shown that the emergence of strong employment centres has been able to attract service jobs, and that was greatly facilitated by an increase in efficient rail services.”

Faster rail services are capable of reducing travel time in the corridor even further, from an hour to closer to half an hour, and thus enable more commuters to travel along the rail corridor.

Another challenge the agency will need to soon resolve is cost.

“Studies conducted between 2010 and 2013 on a high-speed rail between Melbourne and Canberra, Sydney and Brisbane found that it would have an estimated construction cost of around $114bn in 2012-dollar terms.

“Noting current construction market pressures and inflation impacts, this figure will increase significantly in today’s terms and could be as high as $150 to $200bn.

“Whatever the amount, this is a significant cost, and obviously needs to be considered against all the other projects making up a core share of taxpayer’s funds.”

The Australasian Rail Association says that it supports the utilisation of innovative financing and funding mechanisms such as “value capture” development opportunities along rail corridors to help fund faster rail infrastructure.

“It will be critical that the Agency, under Mr Broe’s leadership, recognises the need to invest in existing and new lines to stretch government dollars and provide a faster rail service offering that meets the needs of the Australian population,” ARA chair Danny Broad said.

“In addition to supporting the establishment of new fast rail lines as a means to decentralise Australia’s population and support regional development, the
ARA highlights that optimising our existing networks cannot be overlooked,” the ARA’s Annual Report 2019 said.

“Faster rail can be achieved through upgrades and modifications to existing rail infrastructure, such as passing loops, new signalling systems and level crossing removals.”

Meanwhile, the NSW government says it will examine a range of funding options and smart staging, as part of the Fast Rail Network Strategy, to ensure the fast rail network provides value for money.

Each funding option considered as part of the strategy will be assessed based on the estimated cost of the project in light of economic and other benefits to the community, and complementary revenue- generating opportunities.

The state government says that international experience shows that fast rail networks can be delivered in stages, with each stage delivering immediate benefits.

NSW’s short- to medium-term focus will be on upgrades and the optimisation of existing rail routes, with dedicated track improvements such as junction rearrangements, curve easing, deviations, passing loops and level crossing removals on existing routes.

Its longer-term focus will be on a dedicated and purpose-built rail line, with new lines and routes, as well as new rolling stock.

According to Southwell, the national agency is cognisant that its work will affect the future of how people live.

“This is no simple task and requires debate and dialogue from all sides of the equation. We’re still very new but through ongoing conversations with our key stakeholders, including those in regional communities, we acknowledge that consideration needs to extend well beyond just building a new rail line and a train station,” Southwell said.