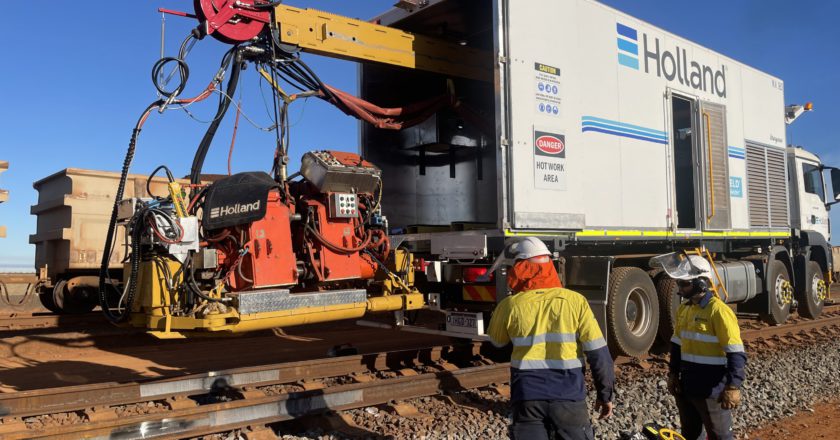 When Holland entered the Australian market in early 2020, its goal was to bring the newest and highest quality welding equipment together with expert operators to serve Australia’s heavy haul and transit rail sectors. Its service offering is unique precisely because of that pairing.   END_OF_DOCUMENT_TOKEN_TO_BE_REPLACED 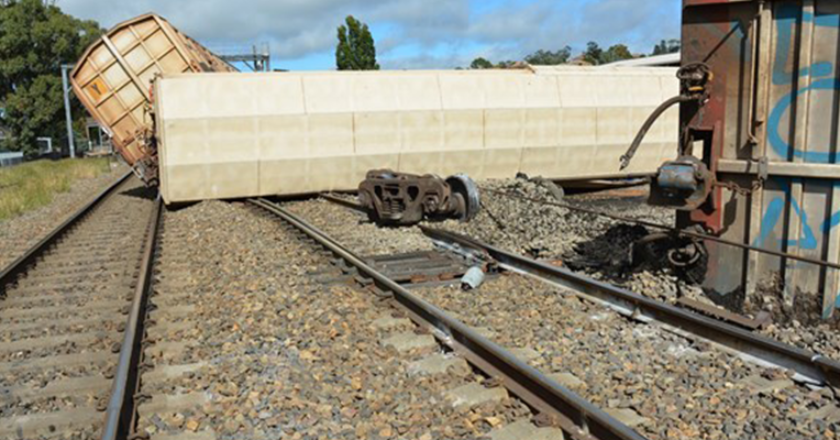 The Australian Transport Safety Bureau (ATSB) has found that a broken rail led to the derailment of a freight train near Goulburn on March 31, 2019.

As the SCT Logistics freight train, travelling from Melbourne to Brisbane, exited a refuge loop in Goulburn, NSW five wagons derailed, obstructing both the Up and Down main lines.

The driver of the train had just been authorised to pass the immediately preceding signal at Stop, which could not be cleared due to a track circuit fault. Another train had passed through the refuge the night before when the fault occurred. The network controlled and the on-call signal electrician had consulted and agreed that trains could continue passing the Stop signal.

After the derailment, the NSW Office of Transport Safety Investigation (OTSI) had conducted an investigation on behalf of the ATSB. OTSI found that the immediate cause of the derailment was a broken rail, which had likely occurred after the previous train, and the break had caused the signal to be stuck at Stop. The broken rail had not been detected.

The point where the rail in question had broken was where a crack had formed between two different sized rails that had been joined in an aluminothermic junction weld. Further examination of the track found that the existing crack was not easily detectable through continuous ultrasonic testing or routine maintenance.

The Australian Rail Track Corporation (ARTC), which managed the section of track engaged an independent metallurgist to study the rail after the derailment. The metallurgist found there was a lack of weld fusion on the foot of the rail between the two rail types and was undetected at the time of welding. This, along with the difficulty detecting the crack afterwards, reinforced the need for thorough inspection said OTSI COO and deputy chief investigator Kevin Kitchen.

“It is critical that areas of the rail that cannot be easily inspected during scheduled continuous ultrasonic testing are tested thoroughly at the time of welding to ensure that the weld is free from defects,” said Kitchen.

The investigation also found that other factors increased the risk in relation to the occurrence. OTSI and ATSB noted the network rules were one of these factors.

“Network rules that permit degraded operations must be assessed to ensure that the application of these rules do not increase risk to an unacceptable level,” said Kitchen.

“Personnel responsible for implementing these rules should have sufficient guidance to assess when it is safe to continue operating trains, or under what conditions operations can continue.”

The investigation also found that the sleepers underneath the track were decayed and the ballast appeared fouled with mud and dirt.