The first sod has been turned on the Riverina Intermodal Freight and Logistics (RIFL) hub and construction is now underway. END_OF_DOCUMENT_TOKEN_TO_BE_REPLACED 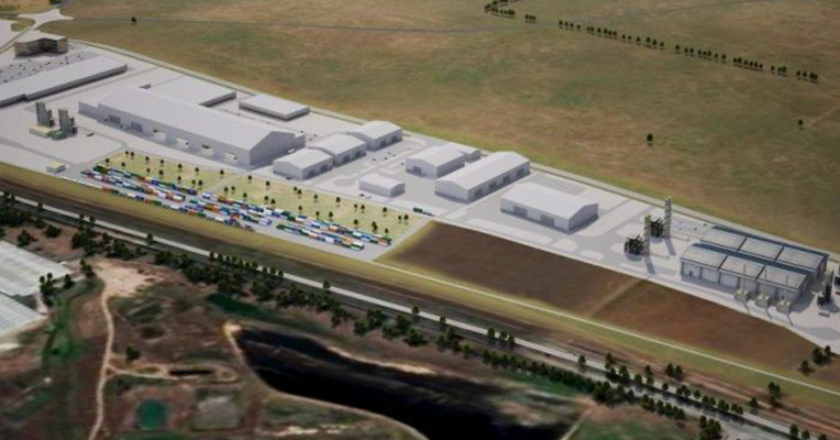 Wagga Wagga council has approved two contracts to begin the construction and operation of the Riverina Intermodal Freight and Logistics (RiFL) Hub.

The intermodal facility will connect producers and exporters from the Riverina region to the Inland Rail line.

Construction of stages two and three of facility will be carried out by Canberra-based Huon Contractors. Visy Logistics will operate and manage the RiFL Hub terminal and master siding in a public private partnership between Wagga Wagga Council and Visy Logistics.

Once complete the terminal will be the only inland terminal capable of servicing a 1,800m long train configuration.

Stage two of the project involves a 4.9km rail master siding and intermodal terminal area and is funded through a $14.4 million grant from Transport for NSW’s Fixing Country Rail Program.

Stage three of the project will create the industrial area surrounding the Hub. Across 60 hectares, the work will include fitting fibre to the premises internet in the existing Bomen Business Park. These $29.2m works are funded through the NSW government’s Growing Local Economies program.

Wagga Wagga Council general manager Peter Thompson said that having such a facility would put Wagga Wagga on the map for interstate rail freight.

“The partnership with Visy cannot be understated. This company moves significant amounts of freight volumes each year and seeing a large percentage of that processed and distributed through a strategically located freight terminal between Sydney and Melbourne has Wagga Wagga on everyone’s radar.”

“Having grown up in Wagga, I’m proud that Huon Contractors will be building this project. We intend to utilise local contractors and suppliers as much as possible to deliver this project.”

In July, Deputy NSW Premier and Minister for Regional NSW John Barilaro opened public consultation on a new special activation precinct for the adjoining Bomen Business Park, which is hoped to drive businesses to take advantages of the connections offered by Inland Rail. The plan targets manufacturing, agribusiness and freight and logistics business as prime beneficiaries of improved freight connections.

Once complete, businesses located at the RiFL Hub will be able to get their freight to 80 per cent of the Australian population within 32 hours.