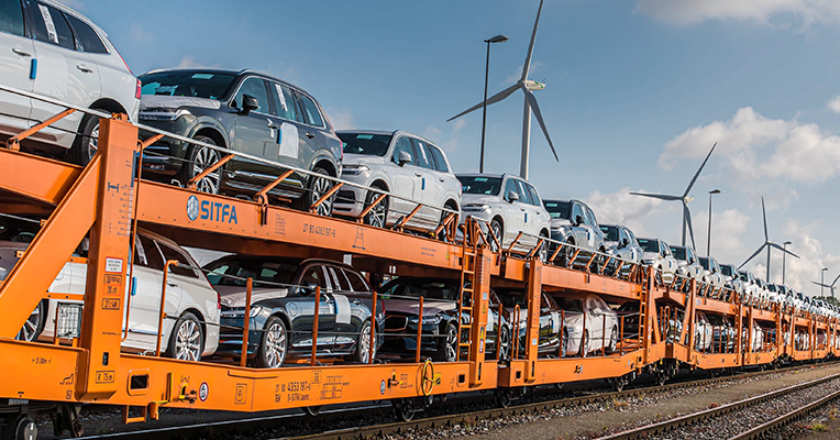 Automaker Volvo Cars has found significant emissions reduction by shifting the movement of cars from road to rail.

The company has utilised rail to transport vehicles from a production plan in Ghent to a depot in Italy, and reduced CO2 emissions by 75 per cent. On a separate route from Ghent to Austria, emissions were cut by half.

The Swedish-headquartered carmaker, owned by Chinese company Geely, was previously using trucks to transport the newly made cars within Europe. However, internationally, Volvo cars uses rail to transport vehicles in the US and China.

Two trains per week take Volvo cars made in China to Europe. Trains are also used to move cars within China and to Russia.

In the US, cars assembled in Charleston, South Carolina, are moved by rail to depots around North America.

“When we said we planned to significantly reduce emissions across all our operations, we meant it,” said Javier Varela, senior vice president of manufacturing and logistics at Volvo Cars. “Our logistics network is just one piece of that puzzle, but an important one nevertheless. This is one example of our commitment to reducing our impact on the environment through meaningful, concrete steps.”

The move to rail forms part of the company’s wider strategy to cut carbon emissions by 40 per cent per car between 2018 and 2025. The plan involves a 25 per cent reduction in operational emissions, which covers logistics. The company overall aims to be climate neutral by 2040.