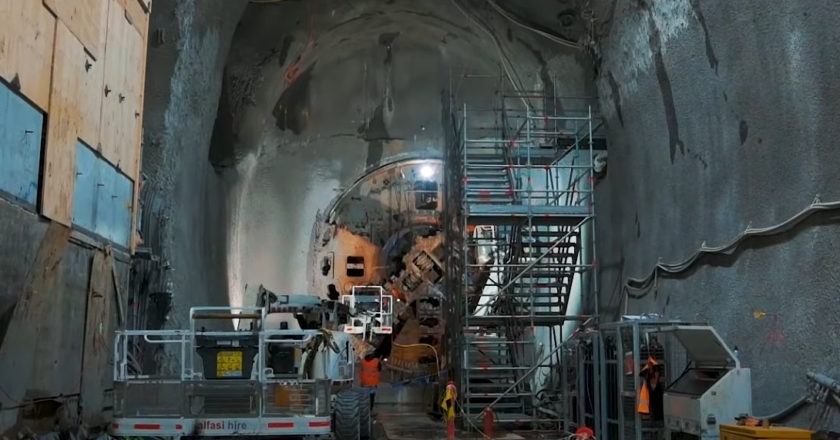 The last of the Metro Tunnel Project’s four tunnel boring machines (TBMs) completed its work on the project in May this year, breaking through at Town Hall Station in the Melbourne CBD.

After finishing tunnelling at Town Hall Station, each machine went through a process over several weeks to dismantle it into its components and bring them to the surface.

The back-up gantries, including mechanical and electrical components, were transferred back through the completed tunnels to Anzac and Arden stations, where they were dismantled  and each component and piece of equipment assessed for reuse.

The cutterheads – too big to remove from the stations intact – were cut into pieces using an oxyacetylene torch, and the pieces sent as scrap steel to be recycled. 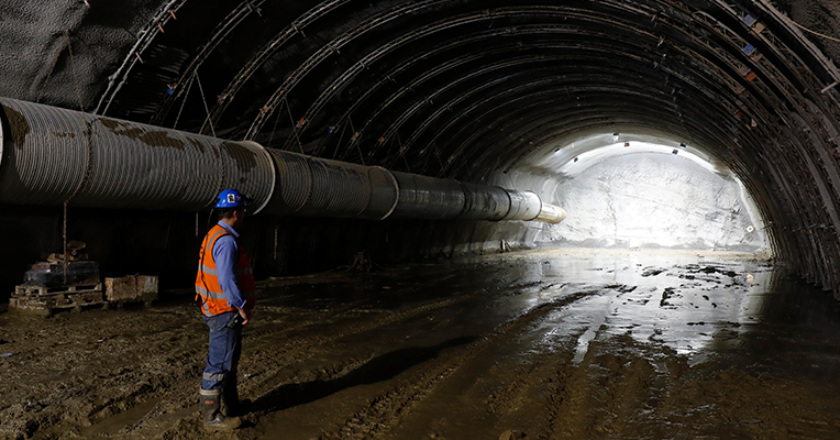 A significant milestone has been reached on the Melbourne Metro Tunnel project, as three roadheaders meet at what will be the site of the new Town Hall station.

The three roadheaders have been at work creating the cavern and pedestrian connections between the new station and Flinders Street and Flinders Quarter.

“This is a huge milestone for this important project, bringing Melbourne another step closer to a turn up and go rail system, while keeping our construction workers safely on the job,” said Minister for Transport Infrastructure Jacinta Allan.

The new Town Hall station will be one of two interchange stations between the Metro Tunnel and the existing City Loop, with the other being at State Library/Melbourne Central.

When complete, the new station will be 33 metres deep and longer than a city block.

“We’ve made such amazing progress, we now have deep underground a new station entrance at Federation Square, the length of the future station platform and come out at the new entrance at City Square,” said Allan.

The three roadheaders have been working from three different launch sites. The first was launched late last year from City Square and began tunnelling under Swanston Street for the main station cavern. The second roadheader launched under Federation Square and will create the passenger connection between Flinders Street station and Town Hall. The third roadheader excavated the connection between Flinders Quarter and the station.

Each machine weighs up to 118 tonnes and has been working 25 metres below ground level. The cutterheads can cut through rock three times harder than concrete.

The project is on track to have trains running through the new tunnels by 2025. 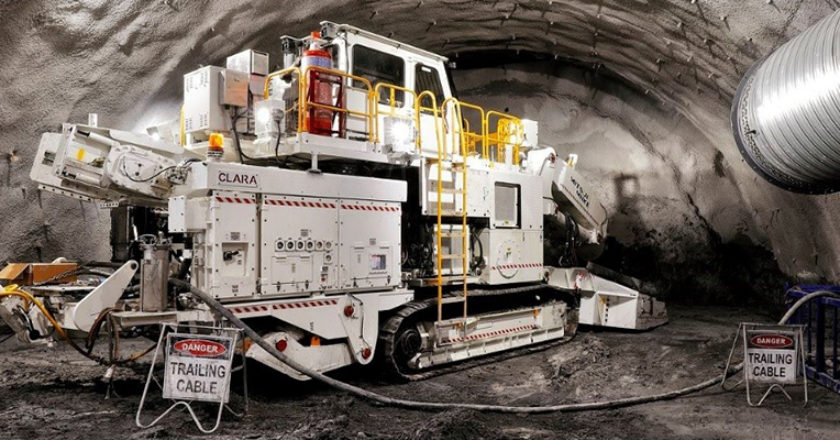 Melbourne’s State Library station will be 240m long and 30m wide, and its 19m platforms will be some of the widest underground metro platforms in the world.

The first permanent building works for the station are now underway, and a concrete floor has been installed that will form part of the future platform.

Three roadheaders have dug 36m under Swanston Street while also excavating the station length of 240m between Franklin and La Trobe Streets.

Later this year, they will go back underground to dig out the rail tunnels on each side of the central station cavern.

State Library and Town Hall stations will feature ‘trinocular caverns’ – three overlapping tunnels dug by road headers which will allow the concourse and platforms to be integrated on one level.

500 tonnes of rock are being excavated every day as the roadheaders are equipped with cutterheads that smash through rock three times harder than concrete.

“A huge amount of work continues to be done at State Library Station, with the platform already taking shape,” said Andrews.

Major construction is continuing in the northern end of Swanston Street at the site of the future State Library Station throughout February this year.