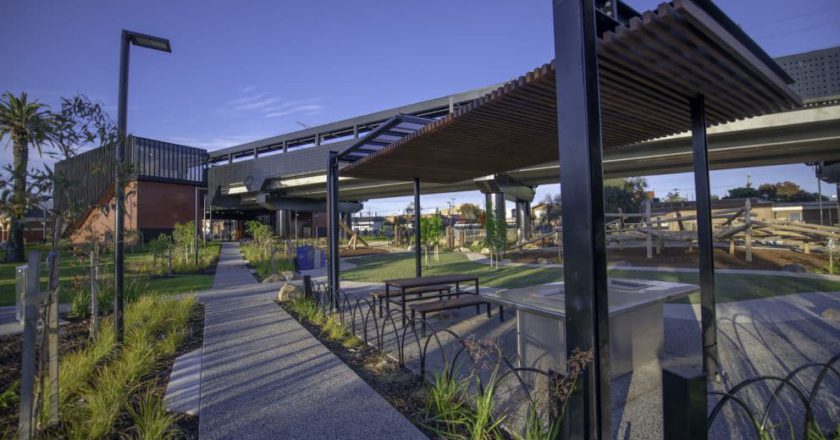 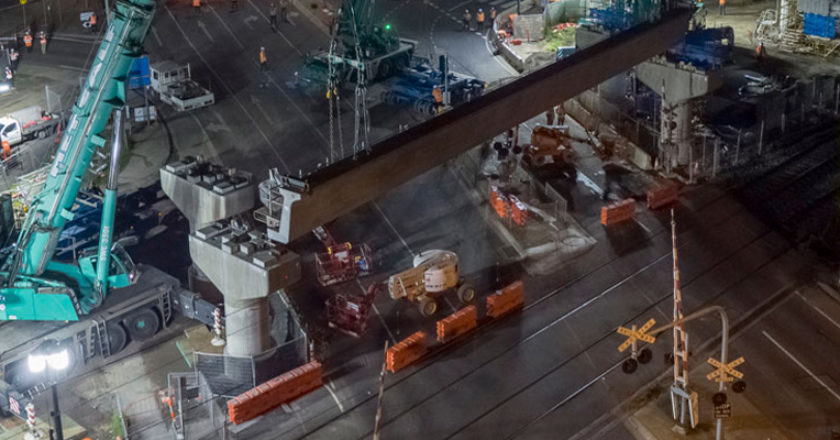 The Level Crossings Removal Project team has installed major L-beams that make up a new rail bridge, with 60 per cent of the bridge now complete.

The Toorak Road level crossing in Kooyong will be removed six months ahead of schedule by April this year.

Over the past few weeks, the team at the Toorak Road level crossing removal project have been installing 24 of the 40 L-beams that make up the new rail bridge.

The beams are lifted into place by two cranes weighing up to 550 tonnes and then stitched together to create the U-trough, which the trains will travel on.

Each beam is made in Kilmore, Victoria and delivered overnight 87km to Toorak Road.

“We’ve installed more than half of it in under a week, and the project is on track to be finished six months ahead of schedule,” he said to the Herald Sun.

Services on sections of the Glen Waverley line throughout March will not run and be replaced by buses, due to works at Toorak Road, Kooyong.

Ace Infrastructure will build the government funded project which will include new and upgraded car park spaces along Graysharps Road west of Hurstbridge Station.

Melburnians face a city- wide construction blitz this autumn, including major shutdowns of the Frankston and Upfield lines.