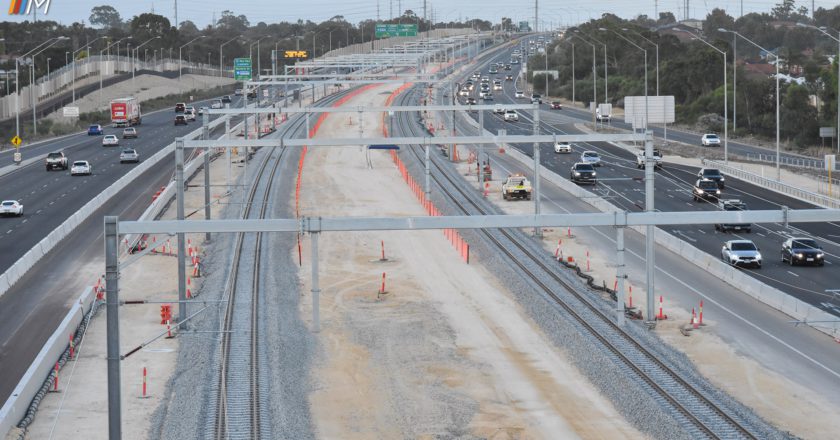 The Mandurah Line in Perth has re-opened following a successful 20-day shutdown to enable major works on the METRONET Thornlie-Cockburn Link. END_OF_DOCUMENT_TOKEN_TO_BE_REPLACED 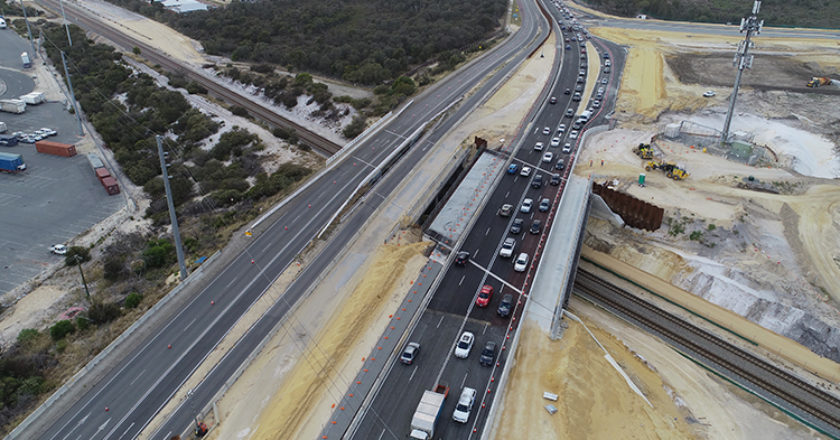 Traffic is flowing over part of the new Ranford Road Bridge being built for the METRONET Thornlie-Cockburn Link in Perth.  END_OF_DOCUMENT_TOKEN_TO_BE_REPLACED 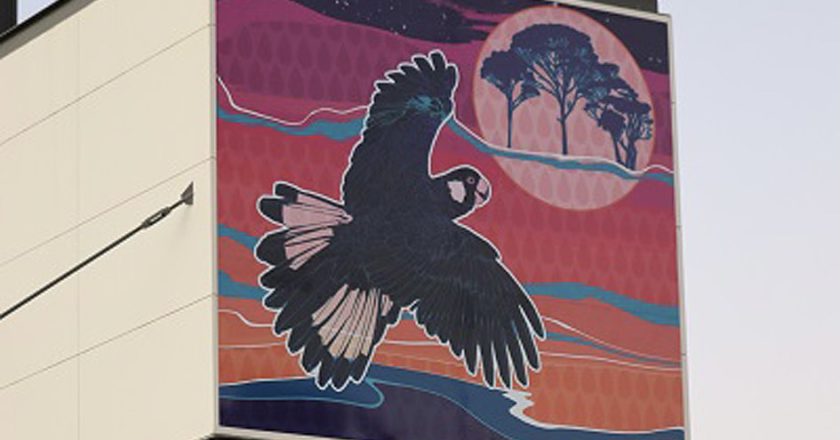 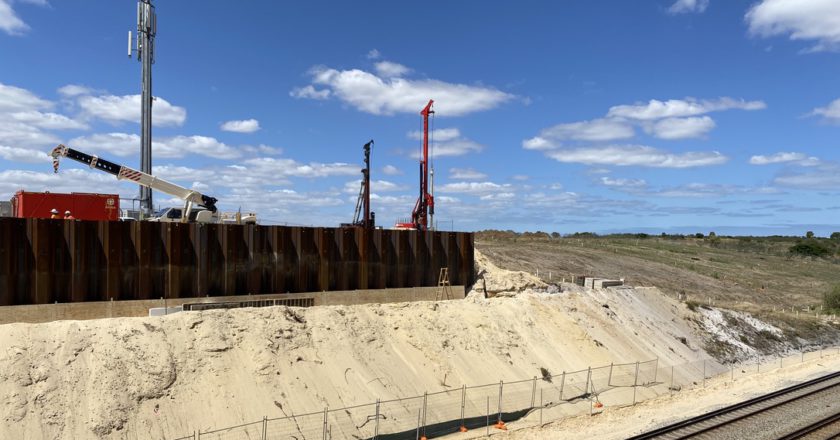 Construction on the Thornlie-Cockburn Link has taken a major step forward with a 120-tonne piling rig now laying the foundations for the future Ranford Road Bridge. END_OF_DOCUMENT_TOKEN_TO_BE_REPLACED 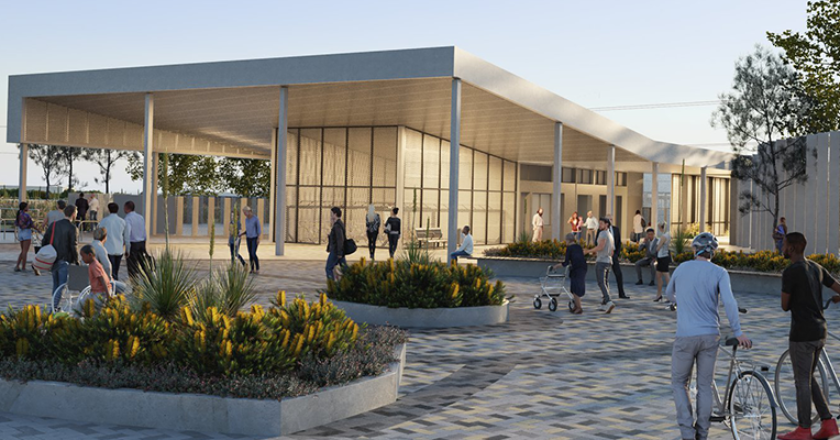 Updated designs for new train stations on the Thornlie-Cockburn Link were unveiled by the Western Australia and federal governments on Sunday, August 23.

The designs were showcased as contractor NEWest Alliance, a joint venture of Downer Group and CPB Contractors has mobilised on site. The first works will involve the relocation of utilities and moving the current freight line to the northern side of the corridor to allow for the duplication of the line to serve passenger services.

WA Premier Mark McGowan said he was pleased to see work underway on the project.

Maintaining activity in the construction sector is a pillar of our economic recovery, and Metronet projects like this are creating hundreds of jobs from designers to engineers to tradespeople to truck drivers,” he said.

WA Transport Minister Rita Saffioti said the project would support over 1,500 jobs during the next four years and will tie in with projects such as the Kwinana Freeway widening and the North Lake Road Bridge.

Constructed is expected to be complete by 2022 and trains will begin running in 2023.

The WA government also launched the Building for Tomorrow program, which brings together Metronet projects as well as road, cycling and marine upgrades around Perth and regional Western Australia. The new website highlights construction updates and disruptions to minimise impacts on surrounding communities.

“All efforts will be made to co-ordinate works with minimal impact to the public but with an investment of this scale, construction will undoubtedly cause disruption to commuters in the short-term,” said Saffioti.

“It is important the public are aware of the disruptions near them, understand why the works are going on and when they are expected to be completed.

“The Building for Tomorrow campaign and website will build awareness of the specific works and assist the public in making informed travel choices.” 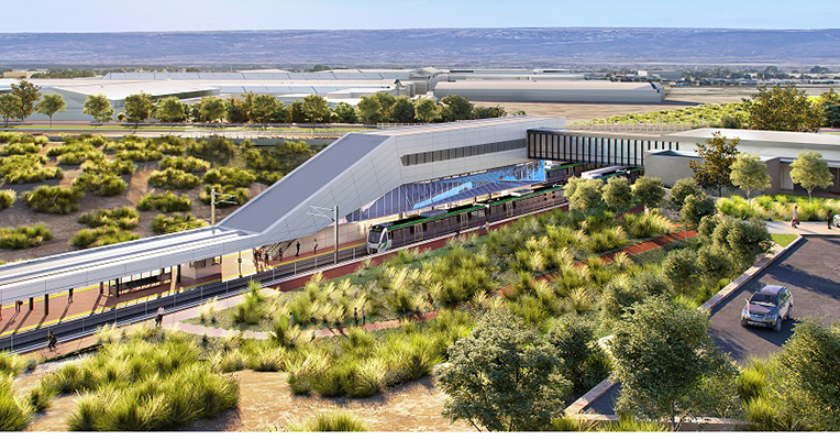 Construction work on the Thornlie-Cockburn Link can now begin, with the project passing through the state and federal environmental approvals process.

The project will connect the Mandurah and Armadale lines over 14.5km with new stations at Ranford Rd and Nicholson Rd. Station upgrades will also be carried out at Cockburn Central and Thornlie.

CPB Contractors and Downer will carry out the works, including those works mandated in the final environmental approvals.

Transport Minister Rita Saffioti outlined that the project as a whole has sustainability at its core.

“The McGowan Government is strongly committed to sustainable development, and we want to ensure this important project provides the amenities and features the community wants, and that it is delivered in a sustainable way.”

The project sought feedback from the community and submissions raised environmental issues.

To address this, clearing of native vegetation for the project will be done in an environmentally responsible way. Animals will also be captured and then released by a licenced contractor with advice from the Department of Biodiveristy, Conservation, and Attractions.

“Environmental and heritage considerations are a key priority for the Thornlie-Cockburn Link and these approvals mark an important step forward for this much anticipated project,” said Saffioti.

Thornline MLA, Chris Tallentire, said that the project will benefit the local community.

“It is important that we meet our environmental obligations for the sustainable delivery of our infrastructure commitments. It is fantastic to see that we have reached yet another important milestone for this project,” he said.

“The METRONET Thornlie-Cockburn Link will bust congestion and provide our local community with greater connectivity with Perth city and the broader metro area.”