Nuno Guerra, who is leading Thales Australia’s Metro agenda, explains how the implementation of digital rail systems can benefit a network operator.

Australia’s major cities are growing at an exponential rate, and pressure is being placed on infrastructure and transportation services to improve operational efficiencies and the passenger experience. A digital revolution in smart-mobility is already occurring, allowing town planners to manage and capitalise on these pressures. Rail infrastructure will play a central role in this revolution, with disruptive technology enablers such as artificial intelligence (AI), big data analytics, the industrial internet of things (IIoT), and cloud computing driving its transformation.

In Australia, both Sydney and Melbourne are at the forefront of the rail revolution: Sydney announced the North West Metro in 2008 and the new CBD and South East sections of its Light Rail in 2014. Both projects are now complete and open to the public. Similarly, Melbourne has announced its Melbourne Airport Rail Link – a critical connection between Tullamarine Airport, the metro, and regional networks – and the Suburban Rail Loop, both scheduled to begin construction in 2022.

Rail networks are awash with data and, with projects like those we are seeing in Sydney and Melbourne, the potential for utilisation is immense. Though there are many assets that incorporate and utilise digital technologies, only a fraction of this data is captured and analysed to generate actionable insights and improvements for customers and efficiencies for operators. There is potential for operators to boost revenue by as much as 30 per cent by implementing data-driven decision-making capability into their networks.

COMPETITION
When comparing the rail sector to the likes of road transportation, there has been an explosive growth of ride sharing apps and online booking platforms. The roads sector has successfully leveraged data and used technology to connect directly with the customer and as a result built a competitive edge. The rail sector, by comparison, has not capitalised on data at the same pace. However, the rail industry is at the threshold of a major transformation in this data revolution. The benefits of rail travel to the community are hard to dispute, with each passenger journey made by rail rather than road generating benefits for society of between $3.88 and $10.64 by reducing congestion, accidents, and carbon costs, according to the Value of Rail report produced by Deloitte Access Economics for the Australasian Railway Association.

WHAT ARE THE MAIN DIGITISATION AND SMART-MOBILITY PRIORITIES?
The keys to success when it comes to digital revolution and smart-mobility, which are at the forefront of Thales’s development roadmap are safety and security, efficiency, and reliability. These shape our thinking in terms of what we aim to achieve in a smart network and address the five key digitisation priorities that are outlined below.

First and foremost, improvements in safety and security are paramount – Thales’s safety and mission critical systems such as signalling and supervision & control systems are digital and cyber secured by design by default, providing real-time data on congestion, occupancy, and security.

In relation to cyber-security, the digital railway presents a special challenge to traditional security measures due the deployed nature of the assets and their susceptibility to hackers. Thales has tackled these issues using a two-technology approach – traditional IT network security and ‘edge’ security (referring to devices deployed in the field). Thales Cybersecure by Design services focus on early threat detection and segmented networks to limit the access of direct connections outside the network. The ‘edge’ devices that make up the IIoT are manufactured under stringent security guidelines to ensure access points are not exploited, and reduce the risk of counterfeits and clones. Through limiting and securing access to these geographically scattered devices, organisations are also able to maintain tighter control and lower device maintenance and update costs. These technologies give operators confidence that their data and operations are safely expandable and secure. 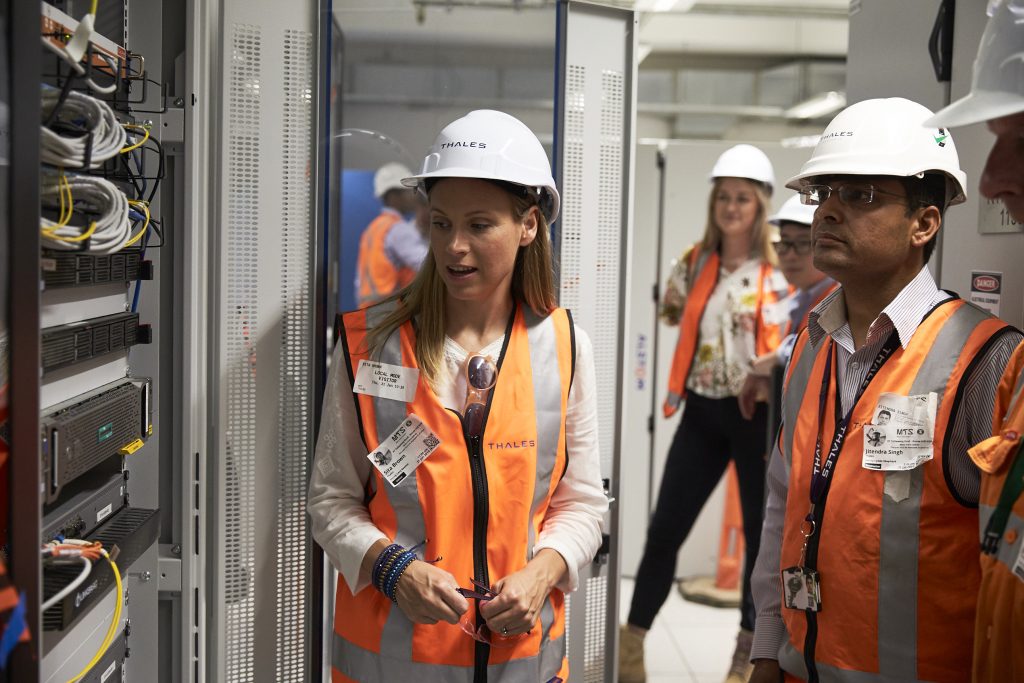 The second priority is reducing maintenance and operational expenditure. Unplanned shutdowns are a major problem for operators, accounting for hundreds of millions of lost revenue per year. Research has shown that the top cause of unreliability is external problems, followed by signalling and train issues. To counter this challenge, we can tap into existing data sources such as Communications-Based Train Control (CBTC) systems, axle counters and point machines and use big data analytics algorithms to detect abnormal behaviour and predict maintenance requirements. This is the primary function of Thales’ digital TIRIS solution – processing hundreds of terabytes of data to monitor, in real-time, equipment installed on-board trains and along thousands of kilometres of track. The aim is a zero unplanned maintenance approach and customers have seen maintenance costs reduced by 30 per cent, site visits down by 50 per cent and overall downtime reduced by 40 per cent.

Thirdly, digital systems must help increase capacity. Data on passenger journeys, train occupancy, and platform crowding has enormous potential when taken in isolation, however, when combined and processed using big data analytics and AI, greater potential can be unlocked. The Thales NAIA solution processes passenger data in near- real time, allowing operators to discover and predict passenger behaviours, detect friction points in traffic flow and adapt staff and train services according to passenger demand. The flow-on benefits to train occupancy and capacity will have a distinct improvement on operational efficiency and customer satisfaction.

Asset availability presents the fourth priority. The ability to manage mobility across an entire city, and ensure availably and reliability of assets to meet passenger and freight demands is a critical challenge. Network visibility and real-time asset management enables more effective tools to manage this challenge. Multimodal Operation Control Centres (OCCs) provide these tools by tapping into multiple data sources and the industrial internet of things to create an ‘intelligent infrastructure’. Creating a dynamic visualisation of digitised assets across the network, enhancements to traditional systems such as signalling and interlocking systems will feed into this framework, exceeding current capabilities to increase frequency of operations and reduce delays.

Finally, digitisation must improve the passenger experience. As evidenced above, these modular digital solutions will combine to benefit the passenger in many ways. Ready access to comprehensive data will enable operators to make informed decisions on operations and maintenance to better manage passenger flow, train occupancy and wait times. Similarly, the passenger will benefit directly by more accurate and real-time information on congestion and delays. The Thales Central Control System (CCS), recently delivered on the Sydney Metro North West, is already providing this real-time information.

These disruptive technology enablers mean big change for the rail sector in Australia, and a leap forward for the smart-city architecture that is revolutionising our cities. Thales is at the forefront of this digital revolution, combining our global expertise in ground transformation with our data-driven digital service solutions to provide end-to- end solutions for our customers.