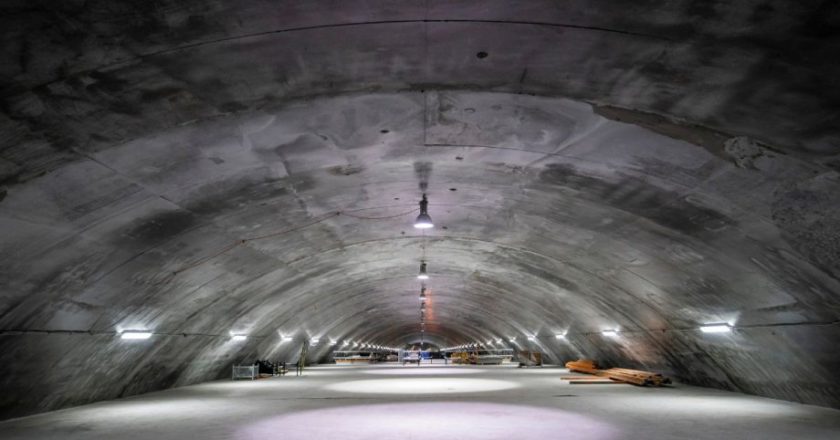 Track laying on the first rail crossing under Sydney Harbour is complete, marking a major milestone on the Metro City & Southwest project.  END_OF_DOCUMENT_TOKEN_TO_BE_REPLACED 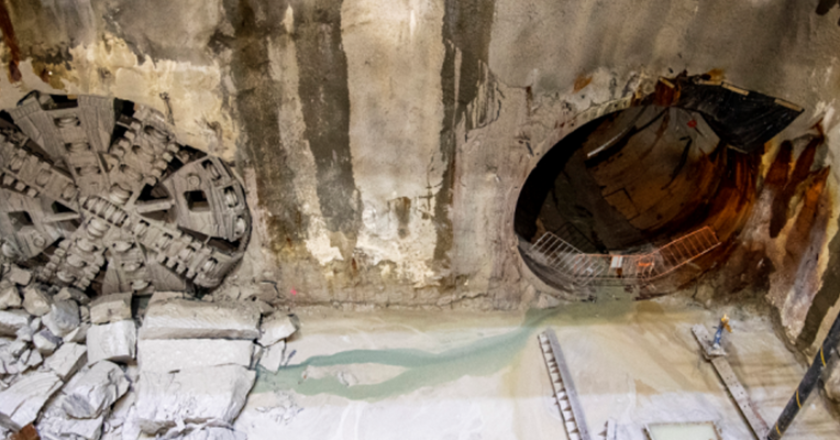 The Sydney Metro has reached a major milestone, with all tunnelling now finished on the Sydney metro City & Southwest project.

The final boring machine, named Kathleen after Kathleen Butler, the technical advisor to Sydney Harbour Bridge builder John Bradfield, finished the tunnelling part of the project when she arrived at the northern terminus of the second tunnel from Barangaroo to Blue Point.

Each tunnel was 885 metres in length; however, the second tunnel was built a month faster than the first, due to the incorporation of lessons from the first tunnel.

These changes included modifying the cutter head and changing tunnelling processes to better dig through the clay material below Sydney harbour.

Kathleen churned through 175,000 tonnes of sandstone, clay, and marine sediment to complete the dual harbour tunnels. At their deepest, the tunnels are 40 metres below sea level.

All in all, the five tunnel boring machines have dug through 31 kilometres of tunnels during the last 17 months.

Earlier this week the last concrete segments which line the walls of the tunnel were installed. 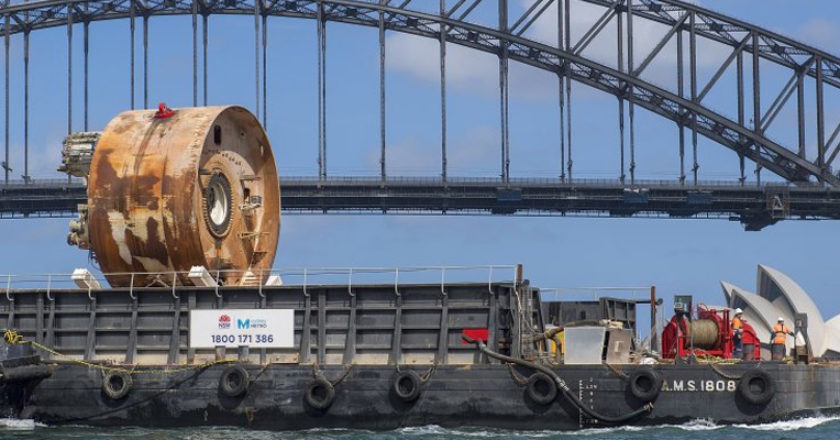 The first of two railway tunnels to be built under Sydney Harbour, as part of the Sydney metro project, has been completed.

At its deepest point, the tunnel is 40 metres below the harbour floor and is considered “an engineering feat of historic proportions,” according to NSW premier Gladys Berejiklian who visited the site of the tunnel on Monday.

Specialised under-harbour tunnelling boring machine (TBM) Kathleen will dig the two tunnels. TBM Kathleen launched in June, from Barangaroo Station, and took four months to tunnel nearly one kilometre to the northern side of the harbour at Blues Point.

After completing the first of the two tunnels, the TBM was then pulled apart and had its giant 90-tonne cutter head and front sections barged back across Sydney Harbour, from where it is now being reassembled to start digging the second tunnel. The 975-tonne machine had removed 87,400 tonnes of sandstone, clay and marine sediments to dig the first tunnel.

Metro trains will start running through the two tunnels in 2024. In 2024, Sydney will have 31 metro stations and a 66km standalone metro railway, with the capacity for a train every two minutes in each direction. It will be able to move more people across the harbour in the busiest hour of the peak than the Harbour Bridge and Harbour Tunnel combined.

Another TBM, Wendy has reached the harbour’s edge at Blues Point, making her the first of the five mega borers to officially finish tunnelling on the Sydney Metro City & Southwest project. TBM Wendy completed a 6.2 kilometre tunnel via new stations at Crows Nest and Victoria Cross, excavating 563,000 tonnes of sandstone and shale.

Kathleen and Wendy are two of five mega borers which have worked simultaneously to deliver the twin 15.5 kilometre rail tunnels between Chatswood and Sydenham, extending Metro rail from the north west, under the CBD, and beyond to Bankstown.