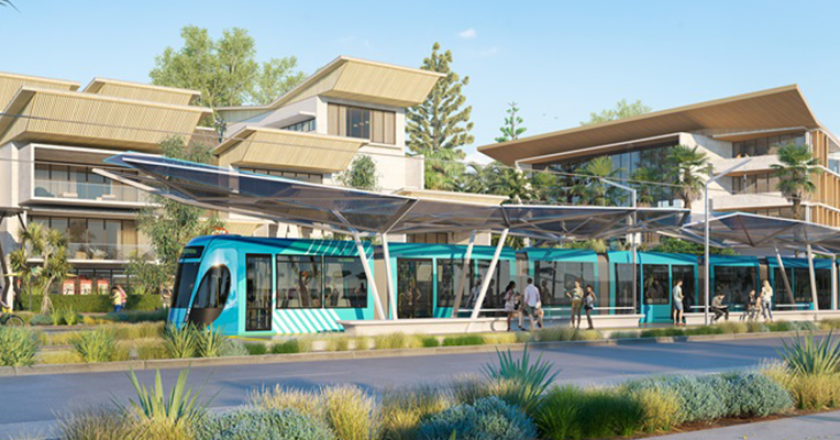 The Sunshine Coast Council has called on the Queensland state government to back its vision for a public transport system.

The council is currently in the process of evaluating options for a mass transit corridor that would form the spine of the region’s public transport network.

One option under consideration is the construction of a light rail line from Maroochydore to Caloundra, with stage one connecting Maroochydore to the Sunshine Coast University hospital.

“All that this will do is increase congestion and pollution, create bitumen eye-sores on our landscape and inhibit our current and future residents in being able to reach the places they need to get to or love to visit, like the beach, shopping centres, health facilities or where they work,” he said.

“Is this really the future that our residents want to see on our Sunshine Coast? I don’t think so.”

Planning for a mass transit system has been underway since 2012, with consultants preparing a preliminary business case. A final business case is expected to be completed by 2021 jointly funded with the Queensland state government.

In an interim report, the option for a light rail network was ranked highest, above improvements to the bus network or the creation of a bus rapid transit corridor.

The report found that “only the LRT option [is] considered to have significant benefits”. Buses were not found to be able to achieve the urban renewal benefits that the project sought.

The population of the Sunshine Coast is expected to rise to over half a million by 2041. The Queensland government is currently upgrading the heavy rail line from Beerburrum to Nambour and investigations are currently underway for a spur line to Maroochydore.

Queensland Transport and Main Roads Minister Mark Bailey said in May 2019 that governments would look to an integrated transport solution.

“Now is the time for us to work together to map out what is needed and when, so that these major infrastructure projects have the best chance possible of securing the funding that will be needed to build them.”

Jamison said that it was essential the community came together to support the mass transit plan.

“Our council needs to keep working on the development of the business case for a mass transit solution – because if we don’t, our Sunshine Coast will get nothing from the other tiers of government and our residents’ lifestyles will be forever compromised.”