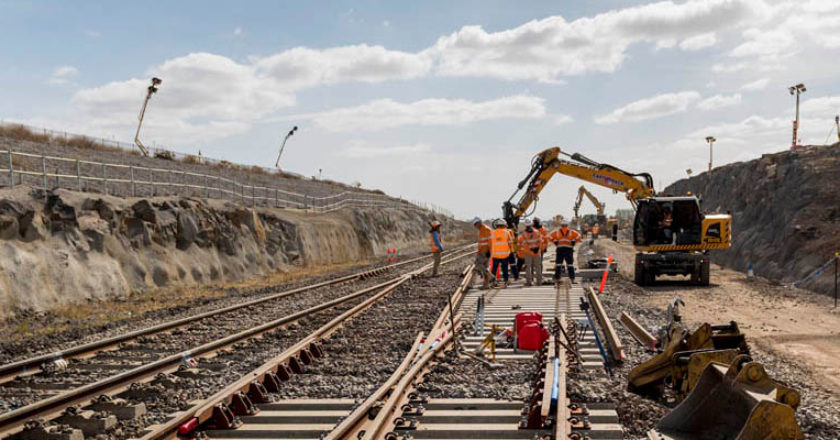 Melbourne’s new train storage facility is almost up and running, with an expected completion date of early 2020.

Construction of the Wyndham Vale stabling yard began in late 2018. Intended to house up to six V/Line VLocity trains (regional passenger trains), it will also include driver facilities and a bypass track which will allow trains to access the facility and refuel without delaying passenger services.

This will provide immediate and long-term benefits to the regional network, according to a Victorian government statement.

The Wyndham Vale stabling yard will enable further stabling expansion and a maintenance facility if it is determined to be needed in the future, while also ensuring there is capacity to house additional trains in the future.

It will replace existing stabling at a facility near Footscray, and make way for extensions as part of the West Gate Tunnel Project.

As of early October, the majority of the track has been laid and structures such as gantires, fencing and gates have been installed.

According to a government statement, the track itself has been embedded with more than 100 Duratrack recycled plastic sleepers – a sustainable alternative to traditional concrete or timber sleepers.

Work has also started on facilities to house equipment, security and staff amenities.

McConnell Dowell, under the Western Program Alliance, is delivering the work. The total estimated investment in the Wyndham Vale stabling yard is $172.9 million, according to 2019/20 State Budget papers.