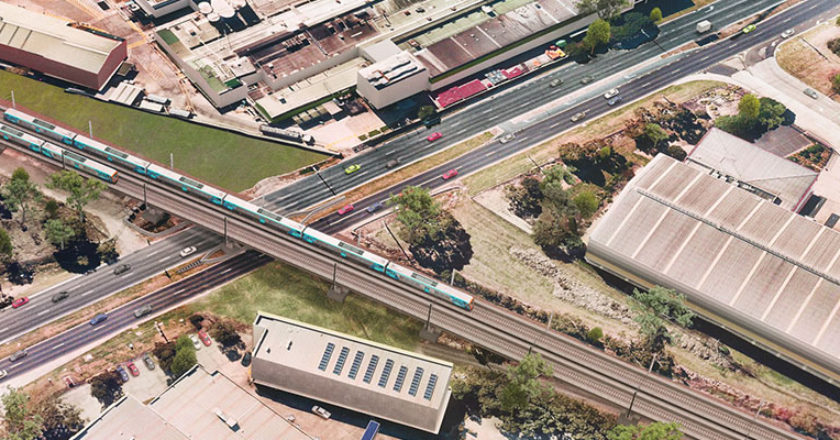 The successful delivery of the $150 billion rail infrastructure pipeline is at risk if community engagement best practices are adhered to, a new report from Infrastructure Partnerships Australia (IPA) has found.

Chief executive of IPA, Adrian Dwyer, said that rail has particular issues to confront in the construction and operation of infrastructure.

“Even though the construction impacts of a project may be short-term in nature, the long-term operational impacts of rail infrastructure means that social licence needs to be thought about early and often.”

The report, produced in partnership with LEK Consulting, found that to be effective, community consultation and engagement needed to be embedded throughout the project and be an active ingredient in decision-making processes.

Two major rail projects were highlighted for their effective engagement with community. The report noted that the active involvement of the community in the design of Sydney Metro and the Level Crossing Removal Project were best practice examples.

“The Level Crossing Removal and Sydney Metro projects have shown how extensive community engagement, underpinned by clear and simple messaging and genuine opportunities for co-design, can build trust and win over communities to the value of a project,” said Dwyer.

In both cases, community input led to changes in the design of the project, ongoing works were communicated clearly, and, where there was community opposition as in the case of the Level Crossing Removal Project, the benefits and costs were honestly communicated.

These case studies demonstrated the unique dynamics that rail projects will have to grapple with as further major projects are announced.

“The linear and long-term nature of rail infrastructure means the impacts are highly localised to rail corridors and station locations while the benefits are diffuse,” said Dwyer. 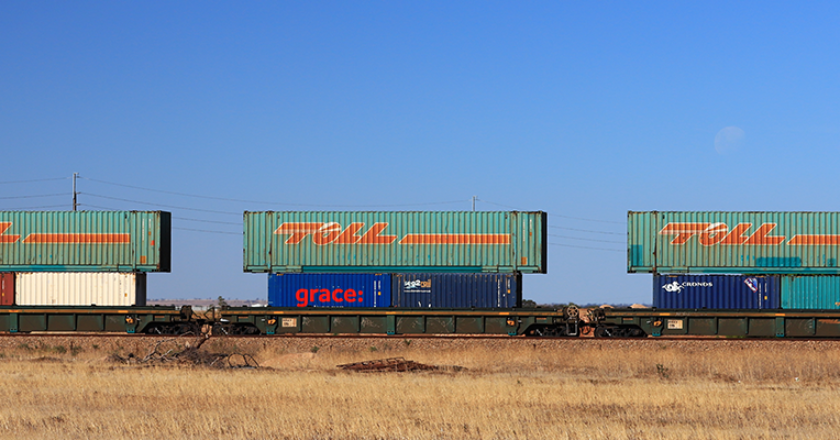 Successful management of sustainability- related targets requires a collaborative effort. Once the 1,700km rail network is complete, Inland Rail will be the backbone of Australia’s national freight rail network. The scale and the significance of the project creates an opportunity to set new benchmarks and standards in environmental and socio- economic performance.

Similarly, as the operator of a rail network distributed across regional Australia, Aurizon’s has the potential to contribute to sustainability in the communities in which it operates. The company’s sustainability strategy sets out that it aims to achieve resilience and resourcefulness through the transportation of bulk goods and commodities. While environmental strategies are an essential focus for both Aurizon and Inland Rail’s network, social sustainability is key facet of their approach to sustainability.

Most directly, social sustainability is promoted by both network managers in the design, maintenance and construction of rail track and associated infrastructure. As Inland Rail is transitioning from the design phase to construction, the company is primarily focused on benefiting regional towns along the alignment over the next stages of the project. Meanwhile, Aurizon is ensuring it is sustaining employment and enhancing businesses in the non-metropolitan areas of its rail network.

Creating opportunities for the development of a skilled local workforce through construction and operation is helping to deliver key national priorities for infrastructure and economic policy. In Inland Rail and Aurizon’s respective rail transport system, linking communities and strengthening the rail and national supply chain industries go hand in hand.

INLAND RAIL’S SUSTAINABLE PRIORITIES
Richard Wankmuller, Inland Rail CEO, stated in last year’s annual sustainability report that Inland Rail’s focus on social, environmental, and economic sustainability ensures the organisation is continuously striving to deliver the best possible outcomes for communities and the natural environment. Wankmuller acknowledged in the 2018-19 report that the once-in-a-generation rail project is only in its early phase, enabling Inland Rail to provide a unique opportunity to influence the effectiveness, benefits, and outcomes from its model for future rail infrastructure.

With the first stage of construction of the 103km Parkes to Narromine project expected to be completed in mid-2020, the billions of dollars invested to create the Brisbane to Melbourne rail freight network is also an investment for local communities and affected landowners to mitigate long-term economic and environmental impacts and create ongoing community benefits. With the separate sections of Inland Rail’s alignment at under varying stages of development, going forward, the sustainability program will commence annual public reporting of environmental and socio- economic benefits realised during the design and construction of the program.

According to Rebecca Pickering, Inland Rail director of engagement, environment, and property, Inland Rail is aiming to establish a new sustainability benchmark for environmental and socio-economic performance for Australian Rail Track Corporation (ARTC) operations and the rail industry more widely. “Our engineers don’t need prompting about Inland Rail’s sustainability opportunities. Largely in this design phase, the team is driving smarter and innovative strategies that have never been seen in the industry before,” she said.

Pickering credits the wider strategic business framework of Inland Rail for empowering regional and local communities to take advantage of the thousands of jobs and millions of dollars of procurement that will be generated during construction of the Inland Rail alignment. “To achieve our vision, we need to be innovative, agile and global in our thinking. Sustainability provides a framework to drive and support this culture,” she said.

Pickering said the environmental, social, and cultural outcomes are of equal importance to Inland Rail’s economic objectives. “We’ve already achieved success in managing impacts and creating connectivity in regional communities. A major chunk of recent success is the ability to provide sustainable jobs, which has been crucial during the current state of the economy,” she said. At the peak of construction, Inland Rail will create more than 16,000 direct and indirect jobs. An additional 700 ongoing jobs will be created once Inland Rail is operational. Pickering said $89 million has been spent with local businesses on-top of wages and every stage of construction is another opportunity to improve engagement and achieve ongoing sustainability.

“Not everything is set in stone, it’s a changing landscape so it’s super exciting and inspiring to connect so many regional communities. Recycling of materials, further consultation, and exceeding sustainability requirements are a focus as our strategies evolve,” Pickering said.

AURIZON’S SUSTAINABLE FUTURE
Aurizon’s reporting of its environmental, social, and financial sustainability has given an insight into how the ASX-listed company is managing the impact of a widely dispersed railway network throughout central Queensland. According to its 2019 sustainably report, Aurizon is committed to continuing its strong track record in supporting a highly efficient and globally competitive supply chain for Australian commodity exports, especially for coal. Aurizon takes a direct approach to reporting environmental, social and governance (ESG) disclosures to stakeholders with the publication of its annual Sustainability Report. In August 2019, Aurizon maintained a ‘Leading’ rating for the fifth consecutive year from the Australian Council of Superannuation Investors (ACSI) for corporate sustainability reporting in Australia. Having received this rating for over four consecutive years, Aurizon has again been considered a ‘leader’ by ACSI, along with 45 other ASX200 companies.

Andrew Harding, Aurizon CEO and managing director said it’s important that the company creates a business that is not only strong commercially and performs well for customers, but also plays a positive role in the regional communities. “It is a genuine demonstration that while we develop our business and operations to ensure the company’s ongoing success, it is the strength, resilience and resourcefulness of our people that are key to our sustainability,” Harding stated in the opening to Aurizon’s most recent sustainability report.

An Aurizon spokesperson said the company’s current priority and focus is sustainably managing the business through the COVID-19  pandemic.“Understanding our material impacts is necessary to develop our strategy and operate sustainably, and that addressing these impacts is key in creating sustainable value for our stakeholders,” the spokesperson said.

Sustainability is central to Aurizon’s response to the current challenging times. “Our core value is safety, and Aurizon has implemented a range of proactive and practical measures to protect the health and safety of employees as well as provide business continuity to our customers. We cannot achieve operational performance objectives or maintain our social licence to operate unless we ensure the safety of our employees, our contractors, and our communities,” the spokesperson said.

Aurizon reset its strategic framework in 2018. Since the re-modelling to ensure the sustainable success of the business, the new Strategy in Action framework has been driving focus in Aurizon’s short-term activity within a framework of what is required for long-term growth and success. “We strive to ensure that our sustainability framework reflects significant economic, environmental, and social priorities that may influence strategic decision-making or have significant impacts on our business and our key stakeholders. As such, we continuously assess the material issues that affect our business, our stakeholders, and our operating environment,” the spokesperson said.

In taking a broad approach to sustainability, both Aurizon and Inland rail demonstrate the importance of resilient freight rail transport networks to the ongoing vitality of regional communities.