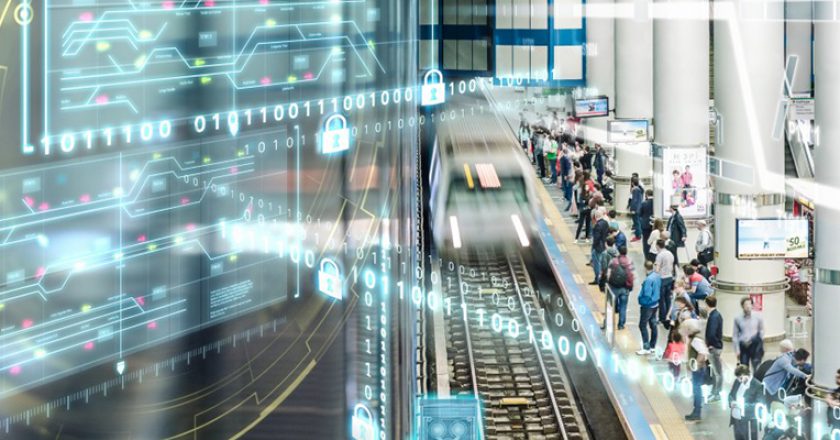 The Australasian railway industry continues to undergo significant change and businesses are being encouraged to maximise the opportunities from new and emerging technologies. The industry is preparing changes to digitalise management of rail assets, efficiency around the network and moving customers and freight in cities that are becoming more congested.

In 2018, Smart Rail Route Map was introduced as an industry driven initiative by the Australasian Railway Association to promote standardisation, integration and harmonisation over the next 30 years. During a panel discussion at AusRail last year, Professor Douglas Creighton from Deakin’s Institute for Intelligent Systems Research and Innovation said there has been tremendous feedback since the release of the final version.

“This is the bridge between vision and action and it’s time to connect the dots,” Creighton said.

Bonnie Ryan, senior manager of freight, logistics and industrial sectors at GS1 Australia, in the AusRail panel discussion, spoke about the industry having a drive to digitalise.

“The entire transport sector is undergoing a technology revolution,” she said. “GS1 Australia works with over 20 sectors, and they’re all at various stages of the shift to digitalisation.” She stresses the importance on the first step which is to “digitise data”.

Ryan adds not all data is equal, people can be sceptical about where it comes from and if it’s accurate so the only way to trust data is to have good governance and framework so that you can measure data quality. Ryan expresses the crucial role that the accuracy/validity of the data plays in the process of driving technology innovation.

“In the GS1 world we talk about data that is generated from the source, so if you’re providing traceability data, for example, it must come directly from the manufacturer.

“That’s the only way you can truly trust it.”

Project i-TRACE was named i-Trace for the purpose and context of traceability.

“The word ‘enable’ gets used over and over again, but i-Trace is implemented as an enabler for our systems and is a very important part of the future of the business.” said Ryan.

“Project i-TRACE is an initiative of the industry gradually coming together,” she said.

Furthermore, Stephen Baker, Head Product Innovation at Siemens said Project i-Trace has been an enabler for enhancing more than just supply chain management. Additionally, Ryan suggests that “having good governance and knowing where the data is coming from before allowing it to flow into your organisation is really important and the major focus is on visibility and traceability”.

Moreover, “there are hurdles to overcome for the industry to move forward, not just the technical skills but the way and approach to new technology,” Ryan said.

Ryan proceeds to explain that; although there are some fantastic data management tools in the front end for organisations to utilise in their day to day systems, there are still too many manual processes in the back end. As result, “we are constantly working with the industry to deliver efficiencies and deliver those benefits that will ultimately roll out better network performance and asset management practices”.