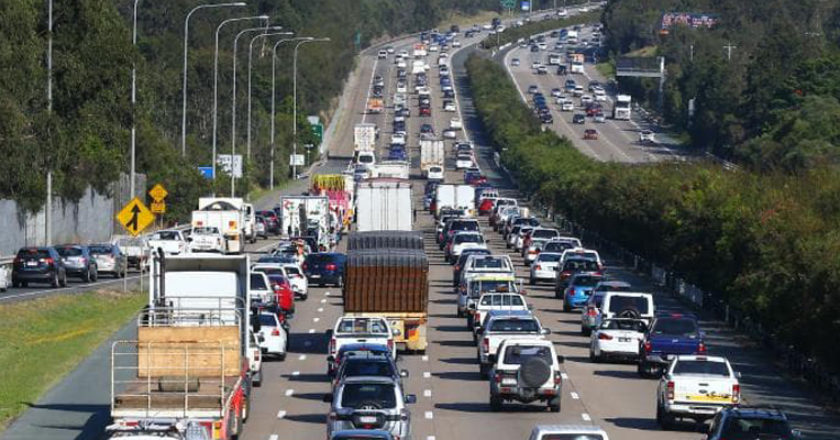 Public transport lobby group Rail Back on Track has suggested an elevated fast rail alternative to building a secondary motorway to the Gold Coast.

Rail Back on Track wants a 160km/h elevated rail line built along a section of the M1 between Beenleigh and the Cross River Rail at Dutton Park rather than the eight-lane Coomera Connection. The Queensland government last week confirmed it was in favour of building the Coomera Connection as a second M1 route to the Gold Coast

“Rail Back on Track fundamentally believes that if a massive 8 lane motorway is clogged and we are building a new one just a few kilometres away, we are at the point where fast rail between Brisbane and the Gold Coast is absolutely viable and a higher priority,” said spokesperson Robert Dow.

“Will we be talking about a third M1 in another 20 years time when this new one inevitably fills up? Rail infrastructure can carry and move more people and caters to growth effortlessly. Take the Merivale Bridge, it has taken over 40 years to reach capacity!

The group proposes a new dedicated express route running directly along the M1 as a long term solution, believing it would slash travel times.

“Obviously, Cross River Rail remains the number one priority for the rail system, but we cannot lose momentum, sit on our hands, and ignore the next round of crucial rail system improvements,” said Dow.

“A project such as this would indeed cost billions and wouldn’t be complete until the late 2020s, but it offers a real, permanent solution for travel along the corridor than just continuing with the disruptive and unsustainable process of building more and more motorway lanes every few years,” said Dow.

According to The Age, Transport Minister Mark Bailey responded saying that the M1 transport corridor was already used by buses and had a cycle route.

“Fast rail is expensive, so the Morrison federal government must be ready to significantly contribute to it if it is to happen,” he said.