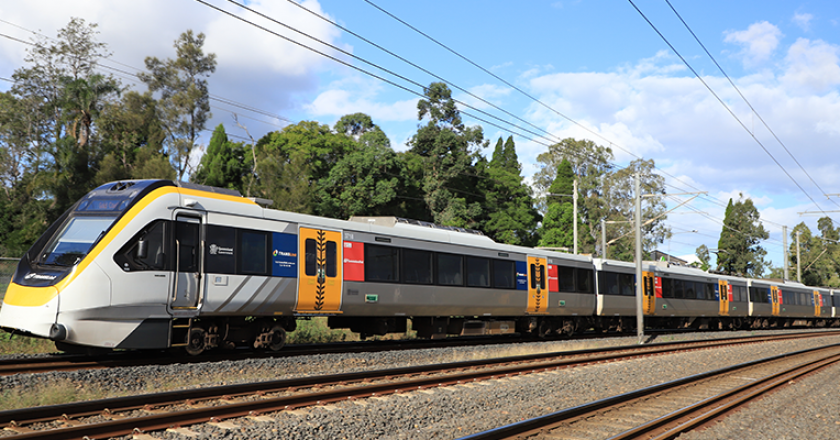 The Shorncliffe line is being used as a testing environment ahead of the rollout of ETCS on Brisbane’s network as part of the Cross River Rail project.

Simon Cook, director program delivery at the Cross River Rail Deliver Authority said the Shorncliffe line was chosen as a test case due to its place within the network.

“Signalling assets on the Shorncliffe line are due for replacement in the next few years, making it a good fit with our rollout schedule for ETCS. The line is also away from the main line and the freight corridor, which means testing on this line will minimise impact on customers, and the overall network,” said Cook.

When rolled out across the rest of the network, ETCS signalling will allow for more trains to run through the future core of the Brisbane network. ETCS will be installed in the new tunnel constructed as part of the Cross River Rail project, as well as on the inner-city network between Northgate and Milton stations.

Safety is also another reason for the installation of ETCS, as the continuous monitoring of a train’s position, direction and speed enables safer operations.

Existing rollingstock are being fitted with the in-cab equipment at a new workshop in Redbank and trialling the equipment on a variety of rollingstock is part of the testing process, said Cook.

“Over the next two years, the project will move through several stages, from initial testing with first-of-class train fitment, through to full service delivery using a mix of rollingstock, so we will develop and prove installation, operations, reliability and maintenance on the Shorncliffe line.”

Queensland Rail staff will also be trained on the new technology from later this year, with structured training for train crew and other roles to kick off in 2021.

Ultimately, installation on the Shorncliffe line is hoped to enable a smooth deployment as the technology is deployed elsewhere.

“Using the lessons learned from our Shorncliffe line trial will provide efficiencies in the design, installation and testing of subsequent areas,” said Cook. “We will use our System Integration Lab as well as the pilot line to integrate and test a range of the systems that are planned for the CRR tunnel.”

The implementation of ETCS on the South East Queensland network highlights the many benefits of modern signalling systems.

In major capital cities, transport operators are looking to get more and more out of their assets as populations grow and the demand for sustainable mobility increases. In many cases, the rail systems that have formed the backbone for public transport have been upgraded with new, modern signalling systems to bring trains closer together and increase the frequency and volume of services.

Brisbane has been no exception and is currently beginning the implementation of European Train Control System (ETCS) as part of the Cross River Rail (CRR) project. However, as Simon Cook, project director ETCS at CRR highlights, there is more than one reason why modern signalling is being rolled out.

“The interesting thing with ETCS and this project is that it is delivering a range of benefits for different people and organisations,” said Cook.

Cook lists three main goals for the system, safety, capacity and reliability, which reflect the priorities of the different agencies involved in the project.

“For Queensland Rail safety and reliability would be the top two things, for the Department of Transport and Main Roads – who is the project sponsor and has responsibility for the overall network and how to manage the patronage increases – capacity and reliability are front of mind.”

When addressing the goal of safety, the deployment of ETCS on the Brisbane network, both in the newly constructed tunnel and on the inner-city network between Northgate and Milton stations, allows for a major upgrade in safety systems.

“The current signalling has been in place for a long time, so bringing in a modern signalling system with automatic train protection is really important as the number of trains and customers on the network increases,” said Cook.

Cook highlights that reducing the occurrence of signals passed at danger (SPADs) is one example where the network will directly benefit.

“A SPAD is very disruptive as well as having potential safety implications and it’s one of the key safety metrics of railways. “If you’ve got automatic train protection so the train will brake to prevent overspeed or avoid exceeding movement authority, then that’s an absolute gamechanger and with a good train management system and an in-cab signalling system for drivers then it’s a smoother, more reliable journey for customers as well.”

To address the second goal of capacity, the deployment of ETCS is about futureproofing the Brisbane and South-East Queensland network.

“The Queensland Rail network hasn’t seen the same level of growth over the past five years as other states, but it has lifted over the last year. ETCS and the CRR project has been put in because of the really big growth that’s forecast in patronage on the Gold Coast line and the Sunshine Coast line.”

Based on 2019 census figures, the City of Brisbane and the Gold Coast added the largest number of people for any local government area in Australia.

“There are ageing assets on the network and you could just keep replacing like for like but the deployment of ETCS was a really good opportunity to bring assets up to a new standard to really drive up some increases in performance and reliability.”

Ultimately, ETCS will allow for automatic train operation through the new tunnel, simplifying one of the most complex parts of the South East Queensland rail network. Ensuring reliability here will lead to benefits on other lines.

“What we don’t want to do in Queensland is end up with a situation where we’ve got a range of bespoke signalling systems, so we are really keen to stick to a standardised approach spreading across our network and operators, and that’s the reason for selecting ETCS,” said Cook.

FIRST DEPLOYMENT
The ETCS project officially roared to life at the tail end of 2019 when Hitachi was announced as the successful tenderer for the ETCS systems. The $634 million project was initially a standalone upgrade to the network under the auspices of Queensland Rail, however in 2018 the project was moved to the Cross River Rail Delivery Authority, and is now one of three works packages, along with the Tunnels, Stations, and Development project and the Rail, Integration and Systems project.

According to Cook, ETCS sits alongside the two other packages, and while construction has begun on CRR, ETCS has begun its staged approach to implementation.

“Signalling is the absolute heart of the railway system and any change to that system is going to be potentially disruptive for customers, for maintenance crews who have to learn completely new equipment, and for rail traffic crew and signallers who have to learn a completely new system. You don’t take that on lightly, and the change task is probably bigger than the technology task so the way that we’re going about it is a staged approach.”

The first program of testing will be carried out on the Shorncliffe line. The line was chosen to be a test track due to its lower patronage and separation from the rest of the network. Preparations are underway to fit out Queensland Rail’s 160 and 260 series trains.

“We are finalising the preliminary design for the Shorncliffe line and starting off detailed design next month for the first fleet of trains,” said Cook.

“The idea with using the Shorncliffe line as a pilot area is that we can test our trains there along with the other technologies that we’re going to see in the tunnel at opening. Platform screen doors are another bit of equipment that will be new to the Queensland Rail network so we can either simulate or even install small sections of platform screen doors on the Shorncliffe line and check the integration with the trains and the signalling all work.”

DELIVERING FOR THE END USER
Cook says that for him and his team within the Cross River Rail Delivery Authority (CRRDA), their aim is to ensure the systems that Hitachi provides fit with the Queensland network.

“For me as project director and my team, we’re fairly agnostic over the actual technology, but we’re here to deliver the right system at the right time for Queensland Rail and for the DTMR.”

This has been done so far through the colocation of the CRRDA and Queensland Rail teams and operational readiness work beginning at the outset.

“Operational readiness lessons are something that we picked up from looking at other projects,” said Cook. “You can’t start too early on that. You need to really understand the whole change that’s going to come to the railway through this, so a lot of effort is on focusing on training package, design, consultation with the train crew and signallers on what the changes will mean for them, and of course looking forward to the design for the rest of the network.”

Although there are no other operational examples of automatic train operation over ETCS on passenger rail in Australia, Cook has looked to overseas project for lessons about ensuring that the CRRDA is not only looking from an engineer’s perspective but an end-user’s view of how the system will work.

“I’ve spent a bit of time learning about Thameslink in the UK, which did take a bit of settling down, but there are certainly a few really good takeaways there from an operational perspective; understanding how they worked with their train crew, the teething troubles they had and understanding how train drivers and other operational staff will really interact with the system.”

Queensland Rail have contributed to the design of human factors along the project, and will continue to take on board the views of front line staff.