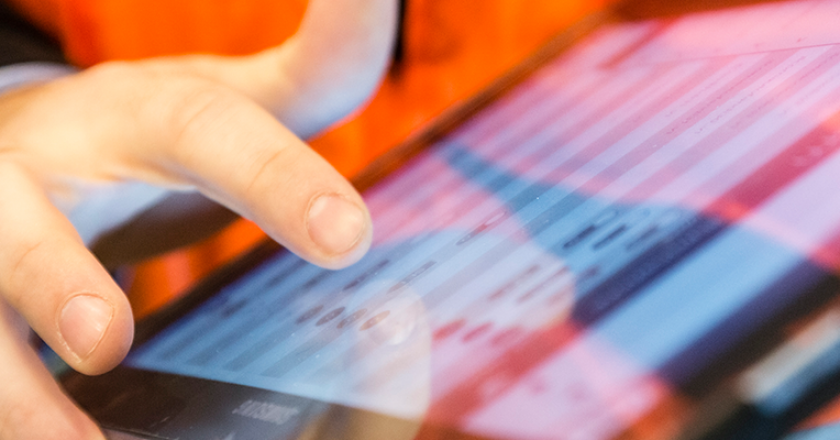 Alstom are using the deployment of HealthHub on the Sydney Metro network as a showcase of what’s possible from an OEM when it comes to condition monitoring.

The level of technological sophistication on the Sydney Metro system is most easily seen when looking up and down the train. When straight, one can see from the front window to the back, without any barriers in between. The lack of a separate driver cabin, and the all-in-one nature of the train point to the cohesiveness of the connection between, train and remote operator.

What the passenger looking out the front or rear of the train cannot see, is the technology ensuring that these trains are running at their most optimum condition, while limiting the disruptions caused by trains having to be overhauled or pulled out of service.

Simon Belet, however, does see this side of the system, as he monitors the data which provide real time information of the status of the train, track, and systems, all the way down to the status of the ventilation vents.

The dashboard that Belet, OCC and HealthHub support officer for Alstom, is looking at, is Alstom’s HealthHub system. Taking data from sensors located throughout the train and on the track, HealthHub enables Sydney Metro’s operator, Metro Trains Sydney (MTS) to optimise their maintenance and ensure that the operational life of the trains is maximised.

“The train subsystems are continuously monitored by the engineer on the ground, so we can have a real-time overview of the health of the train and we can make an informed decision for what to do with the trains when things do happen, or prevent an issue before it actually happens.”

“On subsystems like doors, HVAC, traction, and brakes, we usually estimate that depending on the system, 30-40 per cent of the faults can be mitigated before they create a service affecting failure by having someone like Simon monitoring HealthHub on a continuous basis.”

Sensors are condition logics are set up to send an alarm back to the HealthHub engineer and the operations control centre when a component goes beyond its normal operating range, and then the operator is able to make a decision as to how to respond, said Thiebot.

“The engineers get notified and they can say, ‘This one can run until the end of the day.’ or, ‘This one needs immediate attention. Let’s bring it back to the depot and inject a new train.’”

Preventing a failure which would otherwise lead to a disruption not only helps to ensure an optimal customer experience but also avoids delays to service and ensures a predictable and reliable service.

The second area where condition monitoring can find value is through the optimisation of the life of subsystems, particularly those that are exposed to wear. In Perth, where Alstom will build and maintain 41 electric and 2 diesel train sets, Alstom will install prognostics and health management or predictive maintenance sensors on systems such as doors and HVAC to guide maintenance over its 20-year contract.

“This will make sure that we have the best approach in terms of maintenance,” said Thiebot. “For something as simple as HVAC filters replacement, how do we measure the pressure drop differential before and after the filter to optimise the whole of life cost of those filters? Those filters typically can be around 3-4 per cent of your total lifecycle costs in terms of material cost. If we can extend them by 20-50 per cent from a nominal replacement frequency without any performance degradation, we can make significant savings – both financial and environmental.”

The final area is reducing the frequency of overhauls of entire train.

“The ultimate goal for me is the relaxation of maintenance overhaul,” said Thiebot. “Typically, we have maintenance overhauls based on mileage or based on time based frequencies. What we realised is that most of the OEMs tend to be a bit conservative, and if we can make informed decisions on when the overhaul is due based on the condition of the asset, we can potentially defer that overhaul by 1-3 years, sometimes even more.”

KEEPING A SYSTEM’S HEALTH IN CHECK
On the Sydney Metro system, Alstom’s Healthhub not only covers the trains but also catenary, track, and critical point machines. By having a comprehensive picture of the way that a system operates, Belet can direct maintenance personnel to conduct their upkeep most efficiently.

“When the train comes back to the workshop, we can give the information to the maintenance teams to maximise the number of operations that they could do and this could have big benefits for the reliability and the availability of the rollingstock,” said Belet.

Developed at Alstom’s Centre of Excellence in France, the web based, graphical user interface is then customised for the local network. In Sydney, the system has been deployed under trial for much of 2020.

With the Sydney Metro line operated by MTS, data is shared between Alstom and MTS to localise and maximise efficiency. One example of how this occurs would be in the case of a broken rail. Train-mounted sensors can identify the break in the rail, and cameras take an image of the area where the fault is thought to be. An email will then be sent to track maintenance manager and the operator of the line.

“The content of the email will be the position and the picture of the defect to let them analyse as quickly as possible if it’s a real defect or a false positive and what is the best move in terms of safety to take the best decision,” said Belet.

In testing, the system has achieved a time of just minutes between the time of detection to email reception.

Another area where the system can deliver value is in the wear profile of the carbon strip of the pantograph, where it connects with the catenary. By incorporating data from the train and the catenary, maintenance can be precisely located to a particular section of track.

By providing this information to the operations centre, when something does occur on a system, solutions can immediately be communicated.

“When trains do fail and you have a subsystem failing, usually the driver is under immense pressure to resume service as soon as possible, which can be quite debilitating,” said Thiebot.

“What we can do is when they have an issue, they ring the OCC, we connect real time and we have a display of what the system is showing so we can guide them over the phone as to what needs to be done. It’s the difference between managing a door fault in 30 seconds or one minute or compared to a 10- or 11-minute delay.”

A FLEXIBLE AND INTEGRATED SOLUTION
Today, Healthhub is deployed across Alstom’s operations on every continent. Although originally developed to monitor Alstom’s own fleet and equipment, around the globe, the system is able to incorporate data from third party components, and the central algorithm is constantly being updated with information based off these sources. In Sydney, the point machines have been supplied by Alstom and a third party and both have been successfully integrated in the HealthHub system.

When working with rollingstock manufactured by another car builder, Alstom employs the talents of its subsidiary Nomad Digital to instrument non-Alstom equipment to be able to leverage data out of the system. In Sydney, Alstom is potentially looking to extract data from non-Alstom light rail vehicles using this technology.

At the other end of the system, Healthhub can connect into an operator’s enterprise asset management system to interface with maintenance planning and scheduling.

“We can convert data coming from HealthHub into a service notification in an ERP system that eventually gets sent to the mobility tablet that the maintainer is using to do the work,” said Thiebot. “So you have the end to end automated process that takes something that happens on the network and creates a meaningful action for the customer.”

For Thiebot, the kind of intelligence that the system offers, and the ease of use, demonstrates how far condition monitoring has come, and the potential of the system.

“I was maintaining trains myself 10-15 years ago, and it was very tedious to go through the data mining and analysis phase. With very limited training, anyone who’s got a fairly broad understanding of the system can really make sense of the data and have meaningful action out of it.”