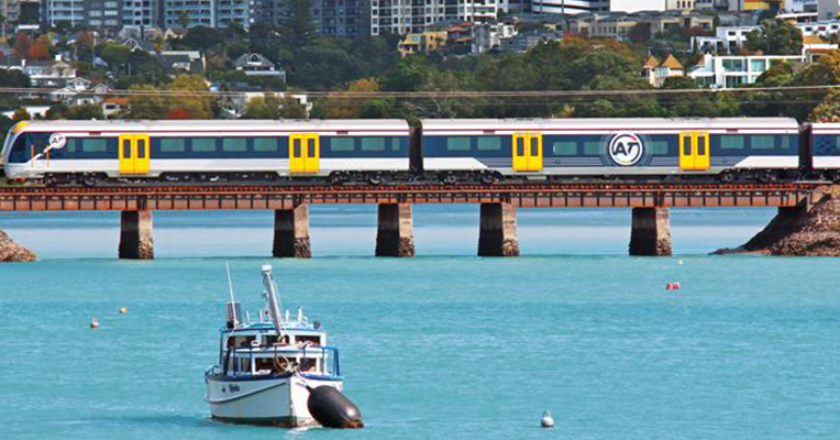 A new scissor crossing has been installed at Mt Eden, in Auckland, to allow trains continue running while work on the City Rail Link continues.

The crossing was installed in an around-the-clock operation over the New Zealand Queen’s Birthday long weekend to minimise disruption to commuters, said KiwiRail COO Todd Moyle.

“To complete this job we needed over 80 hours of train-free track access to install the new track system.”

The scissor crossing was built offsite and then installed over the weekend.

“It took seven days to build and had to be craned into position. Sitting on 6m long concrete sleepers that span two tracks the new track was installed in 11 different sections – the heaviest being over 25 tonnes or the equivalent of two single decker buses,” said Moyle.

With the crossing now in place, the City Rail Link builder, Link Alliance, can progress work at Mt Eden where the new tunnel will connect with the existing rail network and the Western Link. The work is crucial for the success of New Zealand’s largest infrastructure project, said Dale Burtenshaw, deputy project director for Link Alliance.

“It means that a single line can run through Mt Eden while we undertake construction in the rail corridor for the new rail trenches and redeveloped station. We’ll be able to complete our construction safely while train users continue their journeys past Mt Eden.”

Moyle described how the new crossing would work.

“It is part of preparing Auckland’s network for the City Rail Link opening in 2024. By removing a pinch point and creating more flexible track use, the scissor crossover will allow trains to switch tracks when travelling in either direction and is critical to improving reliability as train frequency increases.”

New trains for Auckland
Auckland Transport has welcomed the arrival of the first of 15 new trains.

Built by CAF, the new trains are largely similar to those already in operation, with changes to door operation to reduce station wait times and new internal detailing.

Following the COVID-19 lockdown, Auckland is seeing a return to public transport with patronage back up to 50 per cent of normal levels, and Auckland Mayor Phil Goff said the new trains will respond to increased demand.

“It’s great to see the new trains in service, they will help with increasing demand as we return to business as usual across the city.

Chief executive of Auckland Transport Shane Ellison said that the trains will add capacity alongside the City Rail Link project.

“We know that patronage on the rail network keeps growing, thanks to the success of the original fleet. These trains will help with added capacity as the network grows until the City Rail Link is completed.” 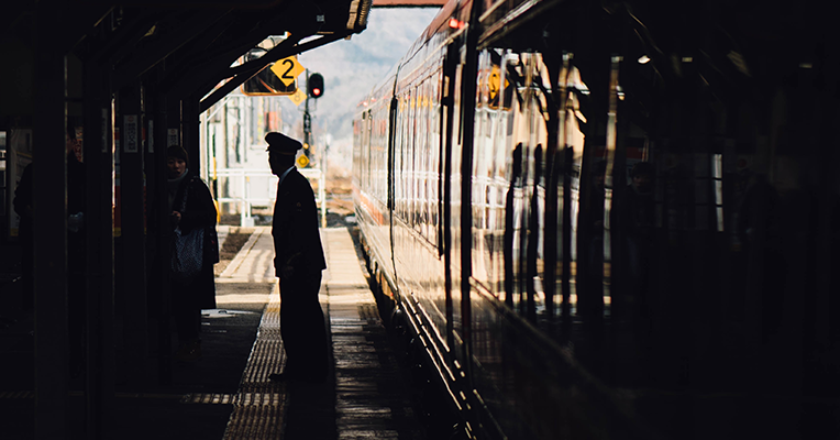 Queensland is instituting some of the toughest fines yet for those who deliberately cough, sneeze or spit at public officials and workers.

The direction allows for fines of up to $13,345 for those who do so, and includes transport workers including train crews.

The move follows similar fines in NSW, where police can issue anyone who coughs or spits on workers a fine of up to $5,000.

“I was disturbed to hear stories of people threatening to deliberately infect frontline staff.

“It’s disgusting and I want police to throw the book at them.”

The directive covers a public official or any worker at work or travelling for work during the coronavirus (COVID-19) pandemic.

There have been reports of spitting and attacks on transport staff in other jurisdictions in Australian and New Zealand. On April 20, Auckland Transport chief executive Shane Ellison said there were two incidents where essential workers have been spat at.

“A couple were joy-riding on our trains and were told to get off. As they were being escorted from the train, a female spat at three of our staff. Two men and a woman have had to be stood down as a result of this incident and have gone into isolation. This behaviour is totally unacceptable. The incident was caught on CCTV and the police now have that footage.”

Another incident occurred when a security guard was spat at while working for Auckland Transport.

“Our staff and contractors are out there in all weathers ensuring that essential workers can get to their jobs and we cannot tolerate this sort of behaviour. We are working with the police to ensure that our staff can do their job without being assaulted,” said Ellison.

In NSW, a teenage girl spat at a Sydney railway station staffer, and said, “I have COVID” according to reports.

David Babineau, secretary of the Tram and Bus Division of the Rail, Tram & Bus Union of NSW, said that all workers should be treated with respect.

“Frankly, it’s disgusting in any circumstance but in the middle of the current health crisis it cannot be tolerated. Everyone has the right to go home safely from work and not wonder if they are bringing a potentially fatal disease home to their loved ones.”