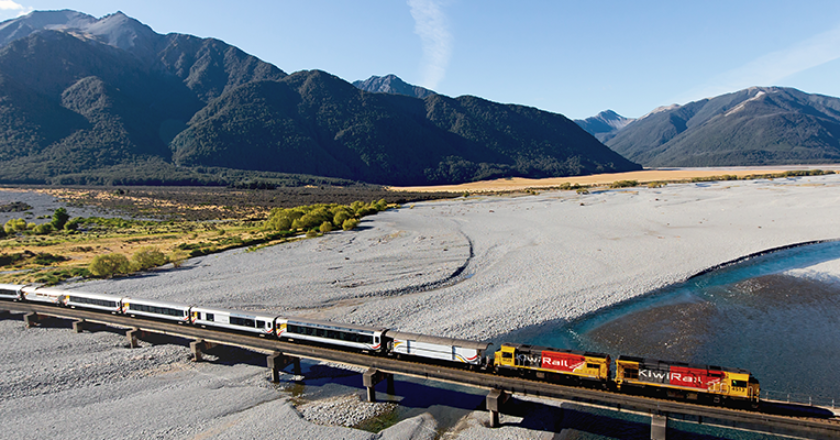 KiwiRail has increased its revenue for the half year ending on 31 December 2019, despite what group chief executive Greg Miller called a “difficult environment”.

“We are pleased we have held the revenue line in a difficult environment that included an economic downturn in multiple markets, along with natural events that damaged the network. Despite these challenges, we saw our import/export business grow by 5 per cent compared to the previous half year,” said Miller.

Miller highlighted that rail in New Zealand, and KiwiRail in particular, was going through changes.

“KiwiRail is in a transitional phase that will allow it to play a critical part in an integrated transport system that will deliver long term benefits for New Zealand,” he said.

New Zealand has made large funding commitments to rail infrastructure in the country, to increase rail’s share of both passenger and freight movements. In February, the government announced over $100 million in investment in Northland rail freight, this followed more than $200 million in funding for services in Wellington and Auckland.

“This is a watershed year for KiwiRail, as we start the transformation of our business. The Government has made a huge commitment to rail, and the investment that is being made in our network and in our rolling stock will position us well to meet the current and future demand of our customers,” said Miller.

Additionally, in the last year safety figures also improved, with the lowest number of collisions between vehicles and trains on record.

Work carried out in HY20 included the launch of the design for an intermodal freight hub in Palmerston North, work on double tracking the Hutt Valley Link, the arrival of 450 wagons as part of the rollingstock replacement project, and revitalisation of the Hillside workshops. KiwiRail has adopted the use of building information modelling (BIM) for horizontal construction for the first time, in the construction of the Trentham Underpass.

At the end of HY20, KiwiRail recorded a loss of $33.7m. Freight made up the bulk of the revenue, with $200.4m in revenue, while expenses included salaries and wages, materials and supplies, fuel and traction electricity, and incidents and insurance. Downturns in volumes were driven by market conditions in forestry and domestic markets, as well as flooding at Rangitata and a landslide causing a line closure at Omoto.