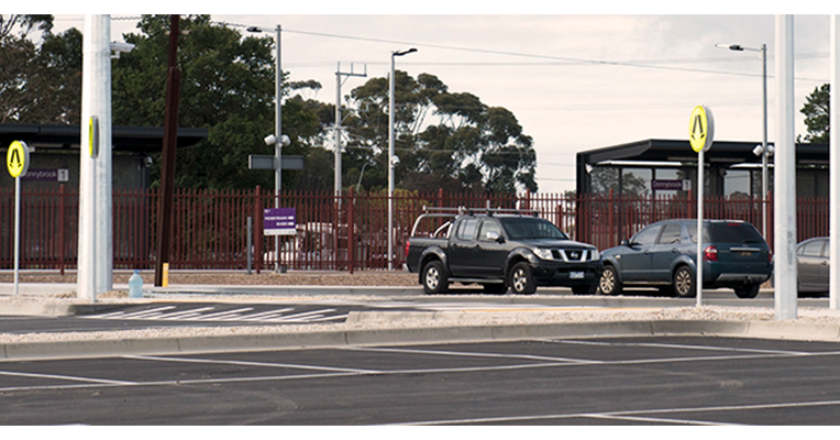 One project has just begun and another has just completed to expand parking and continue upgrades at stations in Victoria.

Minister for Public Transport Melissa Horne announced that a contractor has been selected to expand car parking at Craigieburn station, north of Melbourne.

Civil construction firm Civilex will build 745 parking spaces at the station, along with associated lighting, CCTV, and access works.

“We’re getting on and delivering another 11,000 carparks at train stations across Victoria – making it easier for locals to get where they need to go,” said Horne.

Member for Yuroke Ros Spence said that the carpark would increase the ability of residents to use public transport.

“Now we have appointed a contractor, works will get underway later this year. This is another milestone in this long-awaited carpark and like all Craigieburn residents, I can’t wait to see works commence.”

In Donnybrook, as part of the regional rail revival program, a new carpark is now open, with an extra 150 car-parking spaces. The upgrades included additional accessible parking, CCTV, and lighting.

The new carpark is part of upgrades to the station itself, with an extension to the city-bound platform allowing for passengers to access all train doors. This is hoped to eliminate delays on Seymour line services.

Connectivity to local transport services was improved through upgrades to a drop-off zone, taxi rank, and a new bus interchange which will open in the coming months once work on Springs Road is finished.