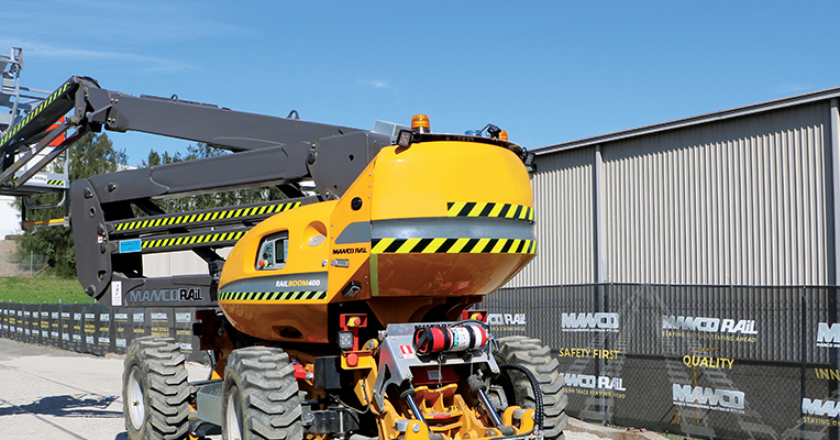 Manco Rail are investing in their customers’ performance with a new training facility.

END_OF_DOCUMENT_TOKEN_TO_BE_REPLACED 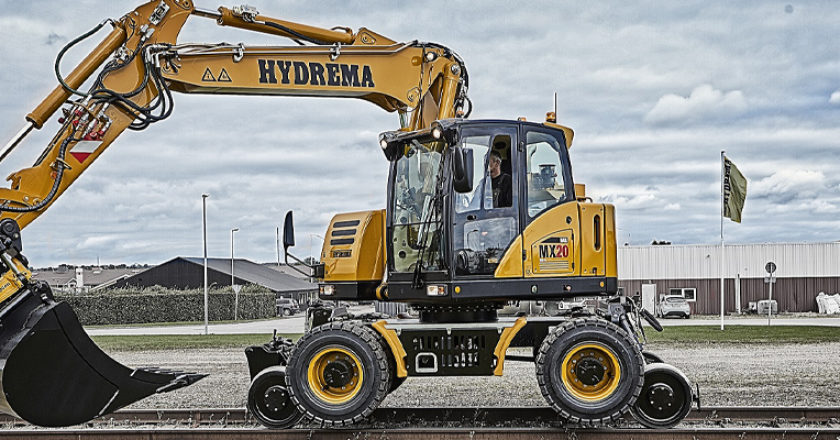 ADT Western Australia, a Hydrema distributor, will showcase the ultimate in hi-rail excavators with the AS7502-compliant MX20-Rail and MX Rail Lift at this year’s AusRAIL PLUS in Sydney.

“While Hydrema’s road-rail vehicles are manufactured in Europe, the effort is made to make the equipment wholly compliant to Australian standards,” says ADT WA’s general manager Darryl Moore.

The new AS7502 standard, introduced at the end of 2016, mandates that all road rail equipment must be designed by a qualified engineer and that the standard covers all aspects of the vehicle, from braking systems, wheels, axles and event recorders, to engineering, design and manufacture.

In fact, the Hydrema 912FS-Rail dump truck and MX20-Rail were the first machines that met this standard. The 912FS-Rail was delivered to the Karratha based Pilbara Rail Maintenance earlier this year.

With rail infrastructure managers seeking OEM levels of quality alongside this compliance, the Hydrema rail excavator MX20-Rail and the Rail Lift attachment are at a significant advantage.

MX20-Rail is a compact excavator with the flexibility of both low (type 3) and high (type 2a) rail capability. While it is designed for heavy lifts, it is the most compact rail excavator in the +20 tonne segment with the a rear-wing radius of just 1839mm. Rear rail gear assembly allows a platform for carrying tools for ease of movement “so that you don’t have to run up and down the tracks,” said Moore.

The MX20-Rail has engine power of 123 KW, greater than its competitors, and the highest hydraulic performance in its class, with a combined flow of 407 litres per minute.

The machine is “ready for the railway tracks,” says Moore.

The elevated work platform and crane, that makes up the MX Rail Lift, enables two people to work safely at height while three hydraulic extensions offer a maximum reach with the man basket of 12.2 m.

It includes as standard a heavy-duty slew system specifically designed for working in the rail industry, which is able to hold the lift in position even on sloping tracks offering high levels of stability also with a height and slew limitation (dubbed a “virtual wall system”).

The basket can be stowed when the crane is folded behind the machine in a transport position, providing a mobile unit on rail. It has a manual Volvo wheel loader quick hitch and is fully detachable from the base machine, with adjustable stabilisers for ease of removal and storage.

According to Moore, “Hydrema is uniquely placed to supply these machines at a faster rate than its competitors.” This is due to a streamlined production process. In fact, “our lead times are a month or two faster than our competitors,” says Moore.

While it is just as flexible in its offerings, “Hydrema is smaller than its competitors, which makes it the more agile supplier during a time when Australia’s rail infrastructure construction most needs it.”

With a pipeline of 206 infrastructure projects in the rail sector alone, Hydrema/ADT’s agility is sure to be welcomed by Australia’s rail infrastructure suppliers.

See the MX20-Rail and MX Rail Lift at Stand 35 at this year’s AusRAIL PLUS.