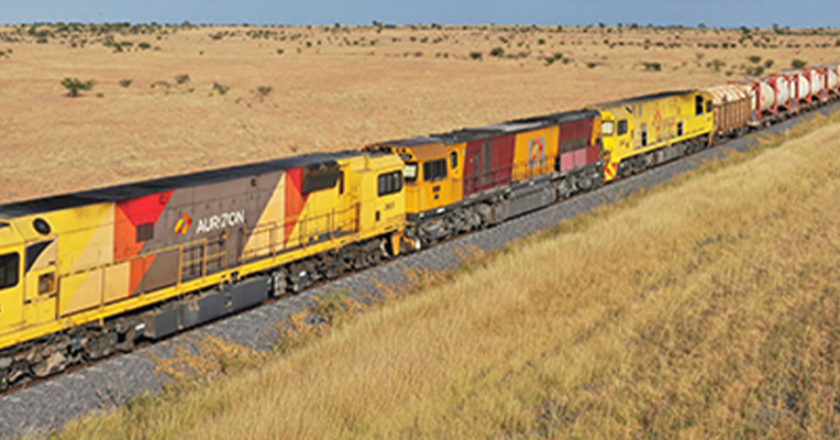 Aurizon Holdings Limited revenue has increased by $73.4 million or five per cent in the 2019/20 first-half earnings before interest and tax.

Australia’s largest rail-based transport business has released a half year report for the period ending 31 December 2019, detailing new growth in the company.

Aurizon stated in the report that the higher revenue is offset by the sale of the rail grinding business.

A spokeswoman from Aurizon said the large sale transaction for the rail grinding business was completed with Loram in October 2019 for $167m with $105m net gain on sale (not included in underlying earnings).

The group credited the UT5 Undertaking as a factor that improved revenue. In December last year, Queensland Competition Authority (QCA) approved the agreement that governs access to its rail network.

Aurizon executives stated that the company’s financial position and performance was partially affected by the closure and sale of Acacia Ridge Intermodal Terminal.

Two years ago the Australian Competition and Consumer Commission (ACCC) opposed the sale of Acacia Ridge Intermodal Terminal and commenced proceedings against Aurizon and Pacific National in the Federal Court. Aurizon and the proposed new owner of the terminal, Pacific National, both filed notices of cross-appeal that will be heard by the full Federal Court later in February.

Aurizon executives highlighted its full-year earning guidance to $930 million from $880 million. This figure was noted before assumed impacts from the Australian bushfires and the world health emergency, coronavirus.

The coronavirus has delayed the arrival of 66 rail wagons being made in the epicentre of the disease, Wuhan in China.

A spokeswoman from Aurizon said an initial order of 66 wagons have already been delivered and the remaining 66 wagons are planned for delivery in February or March.

“The first batch of 132 coal wagons have been completed by our supplier. The construction of the second tranche of 132 wagons has been delayed due to a slow down of production in China,” the spokeswoman said.

Operating costs increased $13.9m or 2 per cent, which were identified as due to to increased labour costs.

Aurizon executives stated in the 2019/20 half year report that 58 per cent of the company’s revenue, a total of $887.5m, was from transporting coal from mines in Queensland and NSW to customer ports.

Operational performance across the network  “remained strong” during the first half of the new financial year, according to Aurizon.

Total system availability improved from 81 per cent to 82.2 per cent, and cycle velocity improved 4 per cent.

Aurizon’s executives said the focus has been on the trial and implementation of schedule adherence in the Blackwater system in QLD.

Compared to the previous half, the network delivered an average reduction in turnaround time of 1.2 hours per service and both on-time arrival to mine and to port increased.

Aurizon’s executives said the network is now working with operators to improve the current scheduling process by realigning maintenance constraints to unlock capacity and optimising the weekly Intermediate Train Plan to avoid pathing contests between operators. The report stated that system throughput is expected to increase, in the third quarter of this year.