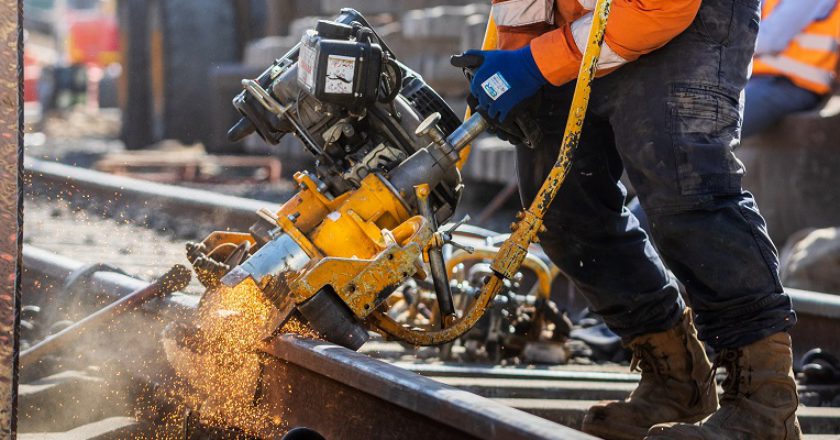 On a complex mega-project, all stakeholders must be kept fully across the project’s requirements and safety assurance measures, as well as how that project is being integrated into the existing infrastructure. Rail Express speaks with Acmena about finding the most simple solution to this robust challenge.

To its credit, Australia is a jurisdiction where safety is the top priority during the delivery of any major infrastructure project. For operators, owners and contractors working on such projects in the rail sector, safety is overseen by the Office of the National Rail Safety Regulator (ONRSR).

But with major projects getting bigger and more complex, and with the list of stakeholders for any given project growing longer every time a new complexity is added, keeping everyone on the same page in terms of requirements can be a serious challenge.

“At the time the company was founded there were increasing expectations around what accredited rail operators had to demonstrate when they were making significant changes to their network, or when there were major rail projects,” Eastaughffe tells Rail Express. “There is now a requirement for quite rigorous safety cases to be put together that also demonstrate human factors are being considered throughout design.”

Acmena works across a number of highly regulated, safety critical industries, including infrastructure, healthcare, aviation and rail. It is currently involved in several major projects including Cross River Rail in Queensland, and the Digital Systems project and Sydney Metro in New South Wales.

Eastaughffe says the company’s primary aim is to help clients develop what she calls a “line of sight”, from beginning to end, of a project’s requirements, integration and assurance data. Key to this is developing a central repository, accessible and updateable by the project proponent and its contractors.

“These projects are generally quite complex, and the successful integration of all the different elements requires specialist systems engineering skills,” Eastaughffe says. “What’s most important is bringing all the elements together in a way that allows you to meet expectations.”

In one example, Acmena was engaged by Rail Projects Victoria’s technical advisor on the Metro Tunnel Project in Melbourne, the Aurecon/Jacobs/Mott Macdonald joint venture, to help set up the central repository of requirements for the massive project.

“Having one single repository for all the various organisations involved meant Rail Projects Victoria could get a clear line of sight on what the objectives of the project were, right through to what people were actually delivering on the ground,” Eastaughffe explains.

“That project is still in progress of course, but we were involved in designing and setting up that repository, and providing ongoing advice to all the organisations in working in that repository.”

As an IBM Business Partner, Acmena guided the project team in the appropriate use and execution of the IBM Requirements Management DOORS Next cloud-based platform as the project’s requirements management tool.

The cloud-based platform means a centralised solution and framework can be created to support concurrent multiple party use, from stakeholders to contractors. The solution is designed to let all parties work within their own separate areas, while also being able to trace and connect to project-wide data for integration and assurance purposes.

“This is the first time a centralised approach has been used on a rail project like this,” RPV’s Manager of Systems Architecture, Integration and Assurance Marc Chadwick said. “It’s usually a very dislocated environment. It can be difficult to move information around and have proper synchronisation and timing. Putting it into the cloud allows it to stay in sync, so you’ve got the right information on your desktop.”

The central repository allowed Public Transport Victoria, Metro Trains Melbourne, and the project’s independent safety assessor to set the project’s requirements, assurance and integration goals, and meant all tenderers across the major delivery contracts were able to directly address those goals through their bids. The successful tenderers therefore already had that information to hand, and were able to get on with the job. From there those goals and their outcomes are able to be tracked through delivery and commissioning.

Some more work done by Acmena in Victoria was on the Caulfield to Dandenong (CTD) package of level crossing removals. The company was selected in early 2016 to join the CTD Alliance, comprised of Metro Trains Melbourne and four major construction and engineering contractors, to provide systems engineering and assurance across the project. With more than 450 designers, planners and engineers involved across the project, CTD was one of the most complex rail projects ever attempted in Victoria.

“One of the biggest challenges was the sheer scale of the project, having so many people involved across the project in design, construction and everything in between,” Level Crossing Removal Project Systems Engineering Manager, Kyla Brown, said. “Managing that was quite difficult, as was maintaining the flow of communication between people to make sure everyone was informed.”

Eastaughffe says a data repository – once again facilitated through the IBM solution – was a crucial component to this execution. “We had the database of potential safety hazards related to the design for the project, and we were able to link those directly to what elements in the design mitigated, or removed those risks,” Eastaughffe explains.

“When risks are identified during a project’s development, people need to understand how those risks are being reduced as much as reasonably practicable through the design. Whether that’s the design of the station, the viaduct, the signalling system – all of those have associated risks and we need to understand how they can best be addressed, making the project inherently safer through its design process.

“In the data repository we captured those risks, and we linked them to specific design requirements that were then shown to be correctly addressed in design. We could then link those again to tests that were undertaken to prove they were correctly implemented.

“So we had that clear line of sight from what the critical safety issues were on the project, to what had been done about them, and proving it had been correctly implemented.”

From the founding of the company in 2012, areas of improvement in the systems engineering processes have been identified. Acmena has developed a standardised approach to improve such processes and remove pain points. Supported by new technologies (DOORS Next SaaS), the innovative approach has been used by Acmena on major projects like the Metro Tunnel, CTD, Digital Systems and Cross River Rail, and is now becoming an industry best practice/standard.

Government organisations like the Level Crossing Removal Authority in Victoria, the Public Transport Authority in WA, and the City Rail Link in Auckland are using it as their preferred approach for major rail projects.

“We’ve been disruptors in this way,” Eastaughffe says. “A lot of projects are made up of similar elements, so we’ve created a more standardised approach which makes it more efficient for our clients.

“We’ve got that combination of very good knowledge of how the tools work, but also the industry knowledge of what’s going to be important to the accredited rail operator, and ultimately the rail safety regulator. Being able to match the use of the tools to the regulatory expectations is where we really stand out.”