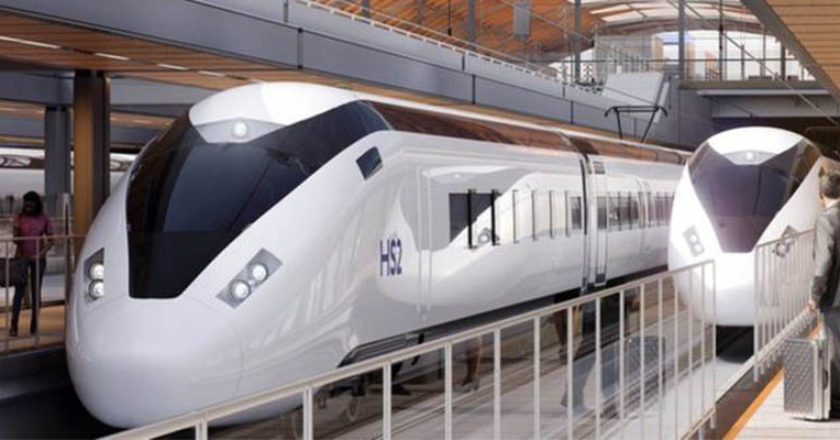 Eight of the UK’s largest cities will now be connected by rail, following Prime Minister Boris Johnson’s approval of the High Speed 2 (HS2).

During a parliamentary hearing on Tuesday, 11 February, Johnson declared the decision has been taken to proceed with HS2 following consideration of the independent Oakervee review.

Johnson told parliament he plans to appoint a dedicated minister to oversee and manage the project to ensure no “further blowouts on either cost or schedule”.

In a statement released by the Prime Minister’s office, a spokesperson said HS2 will become “the spine” of the country’s transport network.

Grant Shapps, UK Transport Secretary, said the government is clear the project must reform and improve, with clearer accountability and transparency.

“I’ve been clear that we needed all the facts to decide the way forward with HS2,” Shapps said.

“Fully informed by a comprehensive and detailed scrutiny of all the facts, now is the time to drive HS2 forward, alongside a ‘High Speed North’ plan to give the North and Midlands the capacity and connectivity it vitally needs.”

The total HS2 network will be 330 miles. Phase 1 from London to Birmingham and 2a from Birmingham to Crewe is confirmed by Johnson to be constructed, while Phase 2b to Manchester and Leeds will be reviewed.

The project was originally expected to cost around £33 billion and the plan is now estimated at £106bn ($205bn), making HS2 the most expensive railway in the world.

The first stage of the line was approved in 2017 but was put on hold by the Government last year.

Under the current plans, the line is due to be completed in 2040 and Johnson has stated he wants to bring the finish date forward by 5 years to 2035.

The Financial Times has reported that the China Railway Construction Corporation (CRCC) had written to HS2 Ltd’s chief executive last month, stating they could complete a build of the line in just five years and at a reduced cost.

However, Shapps said on air during a Sunday morning talk show that he has not been in contact with CRCC.

“They have clearly had a letter sent to HS2 Ltd, there has been no conversation with me as a minister, as the secretary of state.”

Shapps said the government would be “fools” to not have a conversation about whether the project could be built faster than the proposed 15 year time frame.

The UK Department of Transport executives have previously confirmed that preliminary discussions had taken place between CCRC and HS2 Ltd, but there are no “concrete commitments” at this stage.

CRCC has built most of China’s 15,500-mile high-speed network.

“HS2 will not just boost the UK’s economy and connectivity, but will also enable other major rail infrastructure projects to be delivered too,” Caplan said.

“So we now urge everyone – whatever their previous view on HS2 – to get behind this important project and to work together with the railway industry to deliver the full scheme.”

Supporters say the project is necessary to ease congestion on the core of Britain’s rail network, as current lines share long-distance express, local, and freight services.

The Chartered Institute of Logistics and Transport (CILT) said the HS2 line is essential to tackling systemic congestion in the UK transport system.

A spokesperson for CILT said the institute is urging the Prime Minister, in parallel with HS2 Phase 1 and in advance of HS2 Phase 2b and future HS3/Northern Powerhouse Rail (NPR) works, investment is also committed to improve the number and size of trains that can operate on existing routes.

The CILT spokesperson said the institute is pleased the project has been given the immediate go-ahead and believes HS2 has a greater benefit for freight.

“Britain’s manufacturers, retailers, and ports are keen to move more of their goods by rail. This will accelerate as the implications of achieving Net Zero carbon by 2050 become clearer,” they said.

“The Institute’s belief is that electric trains carrying goods on the trunk haul, linking with electric-lorries for final delivery to customers in towns and cities, offers an attractive option for near-full decarbonisation of the supply chain once goods reach the UK.”

The UK government appointed Douglas Oakervee to analyse the HS2. The review was published alongside the Prime Minister’s approval announcement last week.

The review that it strongly advises against cancelling the scheme.

“If HS2 were to be cancelled, many years of planning work would be required to identify, design and develop new proposals. The upgrading of existing lines would also come at a high passenger cost with significant disruption,” the review document stated.

Douglas Oakervee, Chair of the independently-led review into HS2 said he is proud of the work that the review panel has carried out.

“The Review’s Report is a comprehensive appraisal of a challenging project. I believe the recommendations help offer it a way forward,” Oakervee said.

Once it is built, journeys will be shorter. London to Birmingham travel times will be cut from one hour, 21 minutes to 52 minutes, according to the Department for Transport.