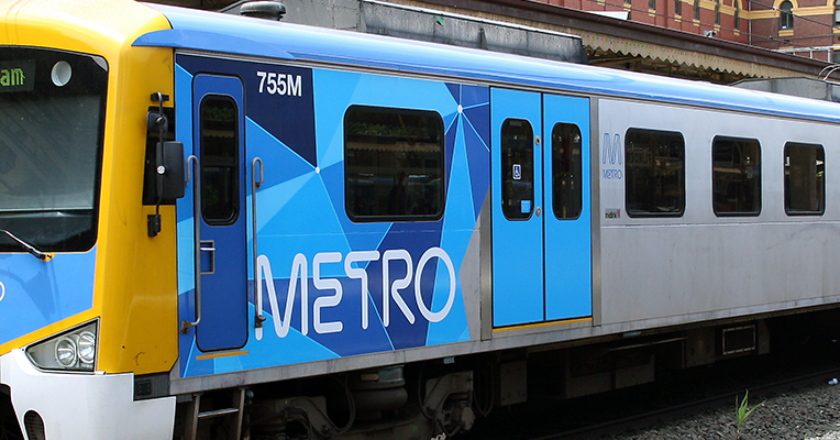 Victorian public transport operators have met all but one of their targets in March.

The only metric to not meet its target was the punctuality of regional trains, operated by V/Line, which fell to 85.4 per cent from 86.8 per cent, missing the 92 per cent total.

However, all other metrics were above the target and exceeded 12-month averages.

Factors affecting these figures include the impact of coronavirus (COVID-19) lockdown measures, with non-essential workers told to stay at home and limit travel. However, stage 3 restrictions, which made previous advice enforceable with fines, only came into effect on March 31, meaning that further limits will have a greater effect on April figures.

Metro Trains Melbourne listed a number of other factors which impacted on services in March, including flooding following heavy rainfall on March 5, the theft of signalling cable on March 13, and trespasser incidents, however 60 per cent fewer delays were caused by trespassers than in February.

Additionally, Yarra Trams has also had to content with COVID-19 measures, such as the cancellation of the Formula 1 Grand Prix. Renewal works on Plenty Road also had a significant impact upon the tram network.

Other renewal works were also carried out in March by Metro Trains Melbourne. A 10-day program of work on the Sandringham Line saw upgrades at Gardenvale Station, maintenance to overhead lines, signal upgrades, and level crossing renewal works near Brighton.

In total, 92.7 per cent of Metro Trains Melbourne services achieved the punctuality threshold, and 98.8 per cent were within the reliability window.

Public Transport Victoria’s reliability has suffered a drop for the month of May across its Metro Trains, Yarra Trams and V/Line services.

PTV chief executive officer Joroen Weimar called May a challenging month for Melbourne’s train network, citing an overhead power issue at Laverton Junction that impacted Werribee line services over a four-day period. A small segment of wire that fell from a corroded section of the overhead power structure became tangled in a passing train, which removed a further section of wire.

The incident led to PTV’s decision to replace all insulator connection on the Werribee line on top of its existing routine maintenance.

Metro Trains achieved a 90.4 per cent punctuality rate and 98.2 per cent reliability rate in May, short of the targets by 1.6 per cent and 0.3 per cent, respectively.

Yarra Trams received a boost in May in the south east of the city due in part to the temporary closure of the Sandringham rail line to accommodate works on the ongoing Metro Tunnel project. Yarra Trams delivered 215 additional peak weekday services on three routes from May 22-31 to help compensate for this.

V/Line delivered 86.5 per cent of its services on time and 97.1 per cent of its scheduled services in May. In particular, the Geelong, Ballarat and Bendigo lines all showed significant year-on-year improvements, according to Weimar, with Bendigo securing the biggest leap at 87.3 per cent, up 10.3 per cent from may 2018.

“We continue to work hard to deliver a service that our regional passengers can rely on while maintaining the network improvements we have seen over the past 12 months,” Weimar said.

“We’re working with all operators to improve their punctuality and reliability as well as enabling the major program of essential infrastructure upgrades to the state’s public transport network to be delivered.”