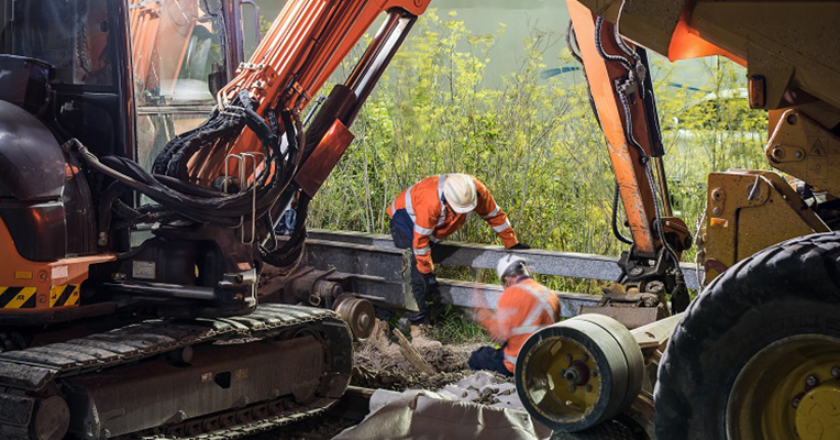 The first sod has been turned at the former Rydalmere train station for major construction on the Parramatta Light Rail project.

Construction has commenced following the closure of the T6 Carlingford Line.

Acting Minister for Transport and Roads Paul Toole said it was an exciting time for Greater Parramatta as works ramp up for the new high-frequency light rail.

“Today marks a significant step on a project that will transform transport connectivity in a growing part of Sydney,” Toole said.

“We’ve already hit the ground running with the decommissioning works along the closed Carlingford rail line, in preparation for its conversion to light rail,” Toole said.

“The new 12-kilometre light rail project will connect Westmead to Carlingford via the Parramatta CBD and Camellia, and is set to open in 2023.”

This follows the removal of the last level crossing on Parramatta Road last week.

Parramatta Light Rail Program Director Anand Thomas said the level crossing on Parramatta Road at Granville was one of the last remaining in Sydney.

“With the closure of the 132-year-old T6 Carlingford Line on Sunday 5 January to make way for the Parramatta Light Rail, it was time to decommission this level crossing which regularly stopped traffic to make way for train services,” Thomas said.

There are now less than ten active level crossings in Sydney, including seven on the Richmond line, one in Yennora and another in Fairfield.

The rail corridor from Clyde to Rosehill will not be converted to light rail and will be retained as a future public transport corridor.

David Borger, Executive Director of the Western Sydney Business Chamber said that the start of major works on Stage 1 should not be used as a distraction from the need to roll out the full Parramatta Light Rail network that includes the extension through Ermington, Melrose Park, Wentworth Point, and  Sydney Olympic Park.

“The NSW Government has been reluctant to commit to delivering on its promise of building the full Parramatta Light Rail network. It would be a tremendous shame to risk Stage 1 becoming a white elephant by not connecting it to the growing communities springing up along the shores of the Parramatta River,” Borger said.

Member for Parramatta Geoff Lee said the project was a major win for the region.

“This Parramatta Light Rail will bring people living in Greater Parramatta together with a safe and efficient public transport network,” Lee said.

“It will improve connections to popular key destinations across the region, while also linking into Sydney’s greater public transport networks.”

The Parramatta Light Rail will be built by a joint venture of Downer and CPB Contractors, and will be operated by the Great River City Light Rail consortium, which includes Transdev and CAF Rail Australia.

Toole said Transport for NSW was working hard to minimise the impacts of construction on businesses and the local community.

“Some disruption is unavoidable, which is why we will continue working with businesses to ensure they have the information and support they need,” Toole said.

He said Transport for NSW will also pause construction from 1 November until 31 January each year to minimise disruption at Parramatta’s Eat Street until the line is complete.