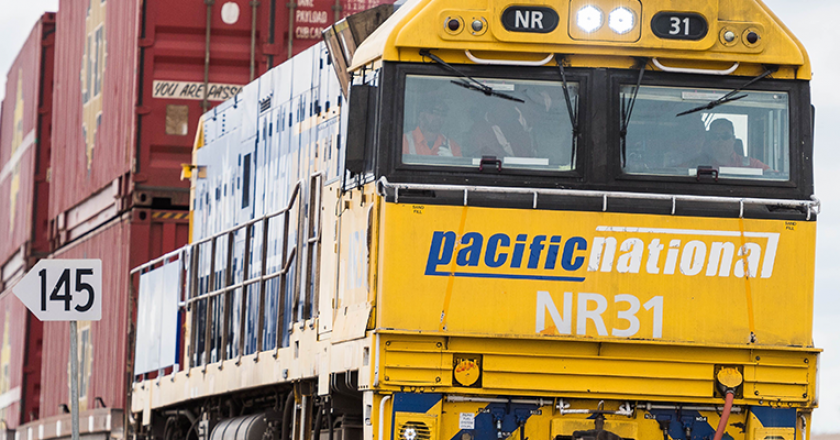 The first section of Inland Rail, linking Parkes and Narromine in the NSW Central West, has been completed.

A ceremonial opening of the line was held today, September 15, at Peak Hill, where the first shipment of steel was delivered to begin the project in January 2018.

Deputy Prime Minister and Minister for Infrastructure, Transport and Regional Development Michael McCormack said that today marked a historic point in the project.

“Inland Rail is nation-building and today recognises a great milestone in this transformational infrastructure,” he said.

“Inland Rail is an investment in Australia – in our economy, in our regions and in the capacity of our future freight network.”

Industry welcomed the breakthrough on this stage of the project, which when complete will link Melbourne and Brisbane by rail in under 24 hours. Chair of the Freight on Rail Group Dean Dalla Valle said this would improve the competitiveness of rail.

“In the past, trucks would do the ‘first and last mile’ between rail terminals and ports, warehouses, distribution centres and manufacturing plants. Today on some key transport corridors – notably between Sydney and Melbourne – trucks are doing every mile,” he said.

CEO of the Australasian Railway Association (ARA) Caroline Wilkie said that with this section complete, the rest of the project should soon follow.

“The promise of Inland Rail has already generated significant activity in the Parkes region as the community readies itself for the opportunities better rail freight connections will bring,” she said.

“It is now critical that the project’s swift progress across the rest of the route is supported so even more communities and businesses can benefit in this way.”

Long-haul rail is cheaper, safer and more reliable than road, that’s why the Australian Government is enhancing the national freight rail network through our investment in Inland Rail,” Cormann said.

“The shift from road to rail builds resilience in our freight network – not only will Inland Rail deliver a long-term freight solution for Australia to meet the needs of our growing population – it is also a critical investment supporting an efficient Australian economy.”

A focus for the Parkes to Narromine section has been the involvement of locals, with 760 contributing to the project and $110 million spent with local businesses. Work on the project included a rebuild of almost 100km of existing rail track and a new 5.3km connection between Inland Rail and the Broken Hill line.

Steel for the project came from South Australia, concrete sleepers were sourced from Mittagong and culverts came from Tamworth. The final ‘golden clip’ which McCormack hammered into place to signify the completion of the project was one of 365,000 sourced from a supplier in Blacktown, Sydney.

Construction is expected to commence on the Narrabri to North Star leg before the end of 2020 with a contractor to be confirmed soon.